ppl who know what they are doing? This guy certainly didn’t. 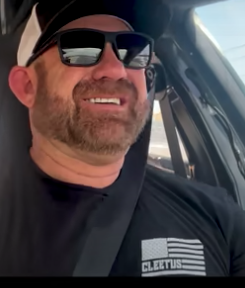 Cleetus, is that you? The alligator fucked you back this time!

I spent a lot of time out-braking and then sitting behind GT2s and Gallardos in twisty sections in my 120hp street car.

If there is one thing I have learned from racing video games it is that holding the throttle at max right up until you enter a turn works at least as long as the game physics let you bounce off the rail.

So it sounds like from the posts, the car world is a lot like the paintball world when I played. Where a guy would come in with $$$$ worth of new gear thinking they were invincible. Then the kid in high school who played every weekend with starter level gear walks all over them.

Nice gear/cars is nice, but it can’t make up for actual experience and skill.

Of all the repairs that I do myself, I have two that I am exceptionally careful about. 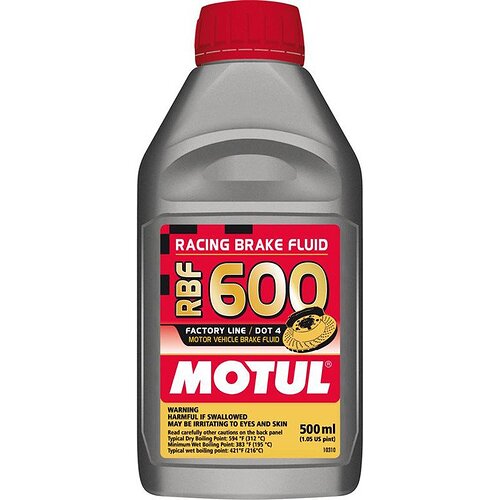 Electrical work. If you screw up plumbing, you get wet. If your screw up electrical, you get dead.

Electrical work is largely about common sense and precautions.

Know what you’re dealing with, take precautions no matter how rote they may seem, and know the risks when you screw up. The stakes are low when the risk is destroying a component by releasing the magic smoke, but the stakes are far higher when it results in killing yourself or burning your home to the ground. If you’re not comfortable with something, don’t just wing it and hope for the best. Suck it up and get a professional involved — and learn from them if you can.

Assuming you’re somewhat competent with car repairs and have the right tools, brakes aren’t too hard to do yourself. (IOW, you don’t need to be an ASE certified mechanic or anything to do this kind of thing properly.) Brakes are pretty simple mechanically and hard to screw up as long as you install all the parts in the right place. A common problem is not bleeding the lines properly. The resulting air bubbles will definitely cause issues but it’s largely avoidable if you use the follow the procedures to make sure the lines are clear of air. Testing at low speeds after brake repairs will suss out most mistakes.

I will do simple electric work like replace an outlet or a ceiling light. Anything more than that, no thanks.

The breadth of experience among posters on BB never ceases to amaze me. It is a real education.

No, this is clearly caused by a glitch between the seat and steering wheel.

That dangerous nut behind the wheel? Once that gets loose, who knows what’s going to happen?

@ficuswhisperer “Including my student, who is driving a Ford Focus…”

That fee includes Fire/Rescue and EMS services however, which the track’s insurance requires.

Wow! 20k sounds pretty darn cheap for all that service.

People have no appreciation for the forces involved in car crashes.

The driver certainly seemed to be feeling it in the corners. I assume that professional drivers have necks like bulls.

as long as the game physics let you bounce off the rail.

I, too, am an experienced desktop racer. I like to call that technique “ablative cornering”.

I mean the Youtube channel is “Chilling with Chet” 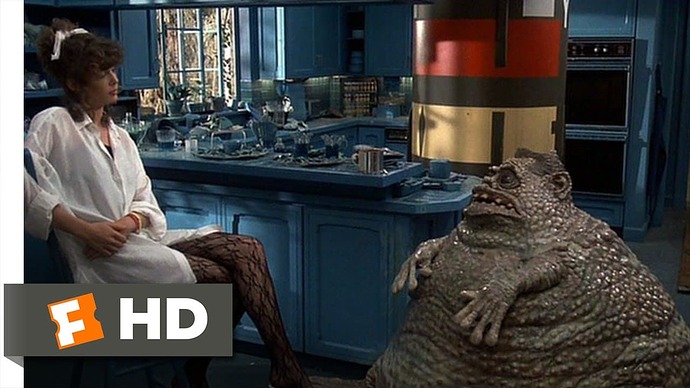 Wow! 20k sounds pretty darn cheap for all that service.

It really is, and those guys & gals are the greatest. They are generally supplied by the county (they charge a fee to the track for the day) and they are super professional and helpful. The vast majority of track days, they do nothing but remain alert. When you need them, though, you really need them. A friend of mine was treated for heatstroke in the pit area, and another time they put out the fire on a friends’ car. The car was a fibreglass body on an aluminum chassis (as many race and track cars are), the former of which is technically flammable (but it takes a lot to start it). An aluminum chassis melted by a fibreglass resin fire is quite a thing to see. My friend got out in plenty of time, and the car was a pile of slag when they were done but it was amazing to see the Fire Rescue team burst into action and do their thing. In a race, sometimes Fire/Rescue also run the tow trucks which haul broken cars off the track, which is done without stopping the race (by means of yellow flagging sections of the track as they tow people around and off). This is high risk, and they are amazing at it.

The driver certainly seemed to be feeling it in the corners. I assume that professional drivers have necks like bulls.

In a professional setting, amateur race setting, or high end track day setting, you can’t really move your head at all, honestly. What kills and maims in crashes is differential forces, not G forces. Your body can take a high G crash, but what kills you is your head and body decelerating at different rates. Thus safety is all about locking your body to the car, and locking your body together. Anything above the most beginner track day will require a HANS (head and neck restraint system) device, which is a carbon fibre piece with straps that locks your helmet to the shoulder harnesses. It limits your head movement to a few degrees in any direction. Yes it takes getting used to driving like that, but you do. Many events also require arm restraints, in the form of arm bands or a window net. This is to keep your arms in the car in the event of a roll, because the centrifugal force causes them to flail and get trapped under the car (out the open window, which is required for fire safety).

Similarly with your body, the harnesses are so tight you can barely breathe, if installed correctly. A convenient side effect of all this safety is that you don’t have to fight against the G forces of normal racing. The gear is holding you tight and you can just relax your body and drive. It’s really nice, honestly.

It seems to me that the motor can do a big chunk of the braking (more than engine braking with a internal combustion motor) giving the hydraulic brake system a much easier time.

Am I missing something?

No mention of his tires, but I’m sure that they were properly rated…

When modding a Tesla, do they have to appease the machine spirits? When a car will shut down due to poor communication with the charge port, they sound kind of moody.

Cleetus, is that you?

While I appreciate the joke and was going to make a similar post about this, my comment is more about acknowledging that of course he was wearing a Cleetus shirt. For those unaware those shirts are merchandising for Youtube personality Cleetus McFarland which is the persona of Florida Man Garrett Mitchell. Who, while being known for being a bit reckless in his automotive related endeavors is also relatively safely engaging in those endeavors thanks to having a competent team of mechanics and engineers backing him up. 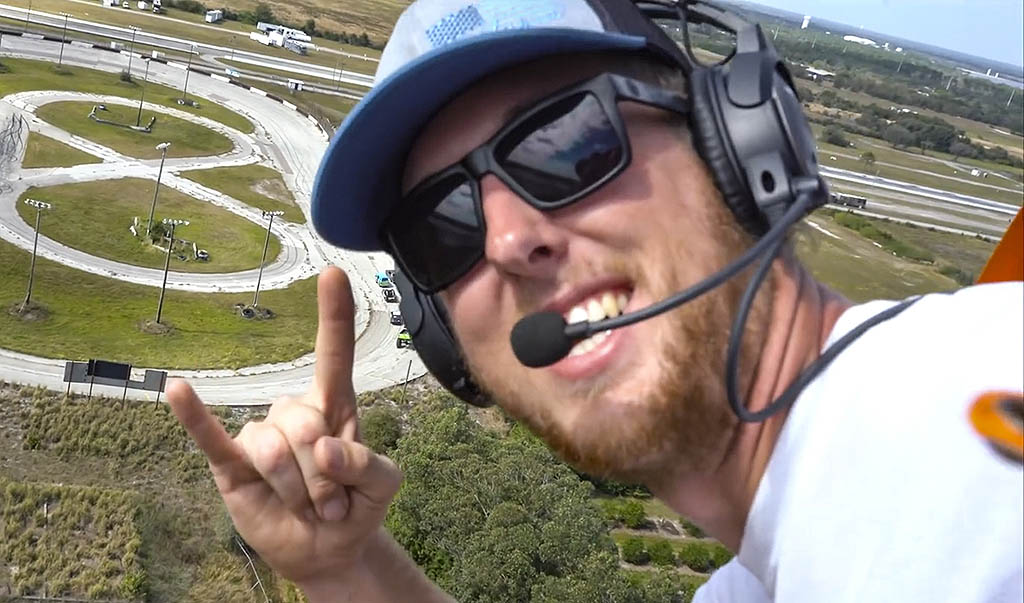 Who is Cleetus McFarland? Probably the most interesting car guy on YouTube,...

If you’re a fan of automotive content on YouTube, chances are very high that you’ve heard of a guy from Florida named Cleetus McFarland. He’s one of the most popular automotive YouTubers ever, with an assortment of insanely fast home-built cars, his...

Ah, yes, Hans; his head and neck restraint technique was firm, and yet reassuring. 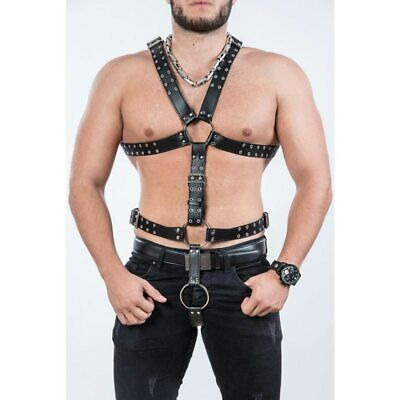 Thanks for the detailed explanation. Now I understand how Lewis Hamilton can get away with being so lithe.

If there is one thing I have learned from racing video games it is that holding the throttle at max right up until you enter a turn works at least as long as the game physics let you bounce off the rail.

Sometimes this is required for maximum speed, in the SGDQ run of GTA: Vice City yesterday the runner made it a point to run up against buildings or bridge railings to strip off the driver side door of his car. Not needing to open and close the door saves time overall.

It seems to me that the motor can do a big chunk of the braking (more than engine braking with a internal combustion motor) giving the hydraulic brake system a much easier time.

The regenerative braking only does moderate deceleration at normal street speeds. It’s enough for a good fraction of day to day driving, but it wouldn’t be much if you were hard braking starting at 170 mph.

Even that requires at least a helmet

You are so right. Even autocross requires a helmet and those events are laid out to keep people from getting over 60 mph and even then only for a moment.

I remember switching from DOT3 on my Downhill Mountain Bike brakes in the 90s because of excessive brake fade. Those brakes got hot but no way they got slowing down a Tesla mass car with ceramic brakes hot… (I know nothing about car brakes so I don’t mess with them)