(The professor in question used to teach at UT Austin, though I never had him.)

I recently took some time to remind my graphic design students of the work and career of John Heartfield, a German national and political activist who became famous and was eventually forced to flee his homeland due to his anti-Nazi work.

But I assured my students that I wasn’t drawing any direct, incredibly relevant comparisons to any contemporary political situations so I think I should be fine.

^having a different
Edited above, thanks for pointing out the grammar mistake.
Edited several times, in fact. (I am not a native speaker. “Sorry, I don’t believe in revolution” — History vs Biology

This is a big part of the problem. The progressives, being in favour of new things, tend to notice things and talk about things in ways that conservatives, being in favour of existing things, don’t understand. Reactionary conservatives then parrot back their mistaken impression of the progressives and say, “You did it too.” Conservatives mistake legitimate grievances with existing systems for whining, and then get drawn into and participate in the whiny culture they created.

Some of the entries must be fakes or greatly exaggerated. This one triggered my BS alarm:
“Dr. Carol Lasser is a Professor of History at Oberlin College in Ohio. Lasser shredded a copy of the U.S. Constitution because it was an “oppressive document” and causes students ‘pain’.”

Given the nature of the list it shouldn’t be hard to flood it with fake names and incidents.

If someone were so inclined to do that.

Their web site is painfully slow! It is also painfully crappy. Whoever designed and built it should have their propeller beanie revoked.

My Alma Mater is not there, either. I guess Blue Hens have better things to do with their time than whine about their professors. 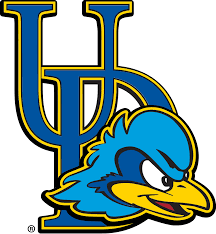 Well of course, that’s a primary duty of the Magisterial Overlords of the Higher Ed Council on Insidious Leftwing Indoctrination.

History. People fighting for and against the women’s suffrage were both convinced they were right. We know who was right now.

I’ll tell you what. I’ll instruct my heirs to write, “Complaints about racism and transphobia in university classrooms made more sense than complaints about discrimination against conservative students” on my tombstone. You instruct yours to write, “Complaints about discrimination against conservative students in university classrooms made just as much sense as complaints about racism and transphobia.” We’ll arrange to be buried next to one another, and two hundred years from now someone walking through the cemetery will have a laugh at one of the stones.

These professors advance “leftist propaganda in the classroom.”

“who discriminate against conservative students, promote anti-American values, and advance leftist propaganda in the classroom.”

Saw this yesterday. Their main page pretends like they aren’t just whining about liberal professors:

Check our full listing to see if any of your professors have records of opposing freedom of speech on campus.

And of course from their About page, they say their true purpose:

Leftist propaganda seems to be criticizing anything right-wing–one person is on the list just for criticizing the group that created the watchlist!

Can anyone explain what Mr. Lessig (link to his watchlist profile) did wrong?

Well of course, that’s a primary duty of the Magisterial Overlords of the Higher Ed Council on Insidious Leftwing Indoctrination.

I thought seriously about self-reporting. By their definitions of “anti-american values” and “leftist propaganda” (two of the three criteria for inclusion) I definitely qualify. I don’t censor conservative students, but it doesn’t look like you need all three.

What kept me from doing it is that I don’t think they’re important enough to risk giving attention to. What if everyone like me (i.e., about 90% of academia) did that? They’d get a free press release about how mean liberals were persecuting them, and they’d parlay it into more charitable donations from their victims. (Yes, charitable. They’re a 503©.)

I clicked before i realized where it was taking me. It’s the standard Jewish caricature with the huge nose and rubbing palms. I forget the name of it (something like “the happy merchant”).

Can anyone explain what Mr. Lessig did wrong?

Explanation: At some point, in some venue, he afflicted the comfortable rather than comforting the afflicted.

Please give BBS readers a heads up when you link directly to a political attack website. Lessig writes many commentaries that are worth reading; I thought you had linked to one about this topic.

Apologies. I thought it clear I was linking to the subject of the OP, which listed Mr. Lessig. Will fix my post.

I checked one of the largest schools in the nation, the Ohio State University (yes the “the” is part of the name). This is a school which is consistently one of the top two schools in terms of student population and located solidly in ‘fly-over’ country, so probably a good place to find conservative students, especially if we include the rural branch campuses.
There were a total of two professors listed. One was a law professor whose ‘crime’ was calling Cruz’s comment during the republican primaries about “New York values” was “… directed toward Jewish people in a negative way.” The second is an activist outside of class and urged his students to become politically active.