Originally published at: A woman reacts poorly to finding out the employee she is mad at is the manager | Boing Boing

The eternal question: staged or is this woman really that entitled and ignorant. Who knows?

What I do know is that I give the manager credit for dusting off a great old gag and making it work in the 21st century. 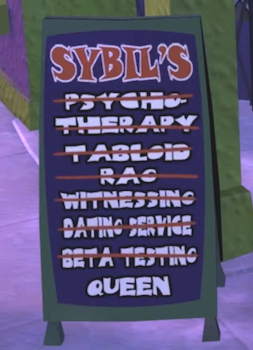 This is when a character frequently changes their job to serve the plot's purpose. Imagine their resumes... May overlap with Honest John's Dealership. Compare Inexplicably Identical Individuals and Recurring Extra, which is a less specific and …

[ETA: TV Tropes link – click through at your own risk]

I’m still struggling with whether this is staged or not – but regardless, I laughed my butt off! It had Looney Tunes all over it.

One (very minor) correction for you – it’s actually HIPAA not HIPPA; it stands for: Health Insurance Portability and Accountability Act.

That brings back many joyful moments I did near the same thing, in my version they get so worked up [over nothing] they demand a manager, I call over one of the employees and tell them to show this asshole who the manger is, and then they slowly raise a finger to point at me. Petty of me, yes, but the satisfaction was delicious.

The eternal question: staged or is this woman really that entitled and ignorant. Who knows?

I vote staged. Their acting is on par with a high school language class skit.

Well - Her invoking HIPAA is (according to the reddit thread), a pretty common reply from anti-maskers about anything they don’t like.

It could still be fake, just well researched.

The strangest thing to me is trying to rent a boat at a restaurant. I guess it’s not unheard of for a business on the water to have a resto and also rent watersports gear out, but still seems odd.

One (very minor) correction for you – it’s actually HIPAA not HIPPA; it stands for: Health Insurance Portability and Accountability Act.

Petty of me, yes, but the satisfaction was delicious.

“I want to speak to your boss!”
“Ok, let us pray together.” kneels down “Oh great and mighty Cthulhu, rent this woman a boat!”

I suspect that it’s a better justified assumption than one would like; but what puzzles me about the ‘speak to a manager’ gambit is that it works on what’s actually a somewhat strange assumption about retail management: that it’s so dysfunctional that tier-1 employees can be presumed to be acting outside of policy whenever they do something you don’t like; but rigorous enough that tier-2 employees will be more than happy to lay down the law in your favor if you can get access to one.

I suspect that this is, unfortunately, sometimes accurate(or, perhaps more strictly, it’s true that T2s are willing to throw T1s under bus if a customer is willing to make a scene, especially if a given workplace is afflicted by “the customer is always right” theories); but it’s also kind of an odd assumption: unless a manager just doesn’t care, or is overwhelmed by the sheer number of direct reports they have, they are very, very, strongly placed to enforce their view of policy on their subordinates; and they are (incrementally) further up the food chain, presumably out of recognition of some combination of seniority, competence, adherence to policy, etc.

I recognize that I’ve probably been lucky in this; but my own experience with “I want to talk to the manager!” cases has been that having them do that is a relief; since whatever I’m doing that got them pissed off at me is something I’m doing because my manager told me it was policy and they wanted me doing it; and having them go talk to the manager means that they are no longer screaming at me; and they are, instead, like fools, attempting to scream at someone who is less intimidated by them, further up the hierarchy; and executing the same policies that the dissatisfied person doesn’t like.

In that vein, I’d be curious to know if attempts to speak to the manager have become less effective of late. Even if the uptick in manifestly unreasonable tantrums hasn’t convinced managers everywhere that customers sure don’t look as universally right as sometimes alleged; the harder it is to replace T1 people on short notice; the less expendable they are; and so the lower the incentive to throw them under the bus to try to appease some screaming asshole.

When dealing with telephone customer support I will frequently ask, early in the conversation, “Are you actually empowered to get me to the resolution I want? Can you offer me a full refund or do I need to speak to someone else?” I absolutely detest the customer service ploy of “I am not allowed to do that, let me force you to repeat yourself.”

Depending on where this is, it is quite possible that the restaurant is attached to and/or contained in a marina. It’s also not uncommon for such marinas to rent boats (sorry, “yachts”), and just have the one Point-of-sale for the restaurant and boat livery.

I’m still voting fake though, in part because of the manager’s response “Does it LOOK like we have any yachts?” Assuming she’s already told this lady they don’t rent yachts before the video starts, that’s just an odd place to jump to if you’re actually surrounded by yachts.

Thank you for the link!
/s 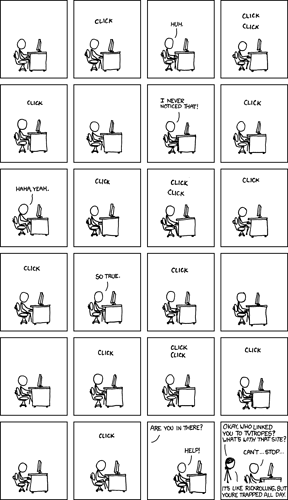 Forgot to put the warning label on the comment. My apologies to all!

This is clearly staged, but believable because many of us have witnessed some version of this in the last couple of years. Especially the HIPAA part at the end. I went to a diner here in New Jersey near where I live right after they first opened restaurants up for limited dine-in, and this diner had a sign on the counter when you walk in that said something to the effect that, “You’re required to wear a mask, but because of HIPAA and the 4th Amendment, we can’t ask you to prove you have a medical condition that would prevent you from wearing a mask.” And a good number of people in there were unmasked. I have never returned to that diner, and won’t unless it changes ownership, because if that’s a sign of their intelligence, I have no confidence that they are following even the most basic food safety practices. The 4th Amendment. I mean…you can’t even argue with that, it’s so stupid.

I’ve worked in customer service for a company that actually cares about providing good service and empowers it’s front line associates to act accordingly (there were decisions they couldn’t make, but they were trained to self escalate as needed). That’s not true everywhere, though, and often getting to a manager does get someone who is able to make a judgement call for a situation that might be outside the normal rules. To get that kind of treatment, though, you need them on your side, and you don’t get them on your side by treating the front-line associate like shit. When escalating, you should always do so politely and be clear that it’s not because you think the first person you’re talking to is doing a bad job.

As an aside, while I worked in customer service, it was not as an associate taking calls from customers. However, I’ve worked with enough of them, and watched them take enough calls from irate customers, that I consider them rock stars who do a job I could never possibly do.

Well, it doesn’t apply to any of the ways right-wingers have been using it in the covid era, so…