After her spies told Thatcher they thought an MP was raping children, she knighted him

Maybe I’ve read and watched too much crime fiction, but I keep thinking… imagine being the cops doing this investigation, and knowing this, and then watching the next … rest of your life… with this guy getting higher and higher and higher, and you knowing it, and you being able to do nothing.

Cant do wonders for your feelings of how worthy is to raise every day.

I’m not a UK citizen, but was Jimmy Saville really a “beloved cultural figure?”

I find it hard to believe nowadays too but I loved Jim’ll Fix It and his appearances on Top of the Pops and genuinely did not find him in any way weird or creepy as a child.

Looking at the footage now on the other hand…

Never heard that with either Bush

I’ve never heard it outside the beltway. Over the last 30 years or so I’ve visited the Washington DC metropolitan area fairly often, probably averaging at least once a month, so I get a little of the local gossip.

Bill Clinton gossip was always the funniest, supposedly the man drove his bodyguards and other handlers crazy, always darting into crowds to kiss babies or eat street food, detouring into McDonalds to get cheeseburgers and just generally making it impossible to protect him.

I mean, if Clinton couldn’t keep a BJ secret, what are the chances gay prostitutes or others would keep quiet?

I imagine some of the more salacious rumors probably come from prostitutes. I have friends who do good work with HIPS* and believe me there are a lot of sex workers in the Washington area. Like, really really really a lot, even compared to Baltimore or Philly.

* FAIR is active there, too; there’s apparently a significant amount of underage trafficking in our nation’s capitol. The cops harass both organizations pretty constantly.

There are god knows how many eye witness accounts, all of which have been dismissed as the hysterical rantings of the “unreliable”.

That’s one of the craziest things about how all these sexual predators keep getting away with their crimes.

I can imagine a scenario where a disturbed or vengeful person leveled a false but plausible accusation against a powerful man. But multiple plausible accusations from several different people who have no reason to lie? Has that EVER happened to an innocent person?

Has that EVER happened to an innocent person?

Seems like someone needs to be suing the UK government for willfully endangering children. Funny how much censorship and spying powers have been granted to the UK government and their excuse is to “protect the children” when everyone knows they just want said powers.This proves it, they don’t care if kids are getting raped or molested.

Indeed I have promised myself to never let my kids be around people who dress inappropriately and creepily young.

I am closing in on 40 and my idea of formal attire is a t-shirt without anything printed on it, and jeans without obvious holes.

I am closing in on 40 and my idea of formal attire is a t-shirt without anything printed on it, and jeans without obvious holes.

Perfectly reasonable as far as I am concerned. Im 51 and wear pretty much the same. Let me know when you hit 70 and switch to sparkly tracksuits with large gold medallions with accompanying sparkly sunglasses and hats. Like this chap. 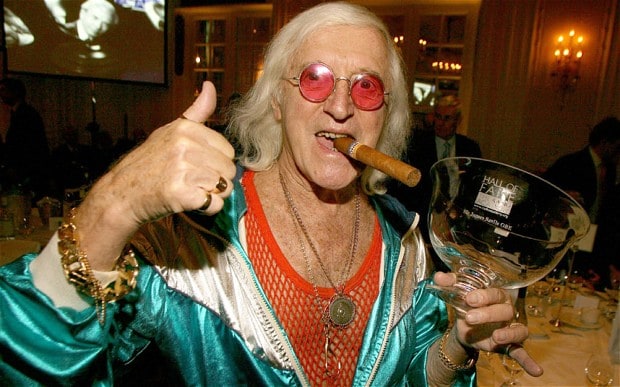 When I’m elderly, I might well run out of my limited supply of fucks to give. So no promises on what I will or won’t wear by then.

Smith was a member of the Liberal Party and not Thatcher’s Conservatives. Whatever else her motivation, it was unlikely to be able to count on his vote or avoid him challenging her leadership of the Conservative party.

Thanks for the correction, which I’ve added above – he couldn’t challenge her leadership, but he might have come in handy in a close vote where some help was needed from the opposition.

To paraphrase Max Liebermann, I could not possibly eat the amount I would like to throw up.

Ok, thanks for the edit (re ‘he was not a Tory’), but re “come in handy in a close vote”, TBH she would never have had any leverage over his vote, either, other than on unwhipped votes which by their very nature no governing party leader cares much about - all votes that matter are whipped and a Liberal going against his party whips’ instructions to vote with the Tories would have stuck out like a sore thumb.

(As an aside, if he HAD been a Tory, then he would not have needed to be knighted - no carrot needed - the whips would simply have let him know that THEY knew, and with this stick his utter loyalty would have been a given on pain of a leak finding its way to the press if he ever even thought about stepping out of line. That’s real House of Cards (the original) territory.)

But multiple plausible accusations from several different people who have no reason to lie? Has that EVER happened to an innocent person?

Well, ok, these weren’t powerful people. And the accusations were only plausible in the sense that they led to convictions, but that is plausible enough.

ETA: Just to be clear, I don’t want to equate these mass hysteria incidents to what we’re really talking about in this thread. But this situation must have been hell for both the accused, and the kids, for whom the false memories must still feel awfully real.

Well, ok, these weren’t powerful people. And the accusations were only plausible in the sense that they led to convictions, but that is plausible enough.

Well as you suggest that wasn’t exactly where I was going with “plausible.”

I mean “has anyone ever been falsely accused of sexual assault by multiple, independent, credible witnesses who could all name the time and place when the alleged assault took place?”

Smith was a member of the Liberal Party and not Thatcher’s Conservatives.

I dont know if thats really true. Votes for military action are not always on party lines. Commons committees are bipartisan. And Smith was an MP well before Thatcher and a senior member of the liberal party during a period when no party had an absolute majority. It was not suggested that MI-5 only found out he was abusing kids during Mrs Ts goverment. Check out his wikipedia entry and see what you think. It certainly looks like he was protected.

Don’t misunderstand me - I’m not saying he was not protected, but that any such protection (as well as his knighthood) was not for the suggested reason of Thatcher being able to count on his vote. I’d guess that if there was any cover-up conspiracy it was for more murky reasons. So I guess we may be agreeing.

(And perhaps you meant to comment on some other part of my musings? Because it really IS true that he was a member of the Liberal party and not the Conservative party.)

(And perhaps you meant to comment on some other part of my musings? Because it really IS true that he was a member of the Liberal party and not the Conservative party.)

Oh yes of course. And also the Labour party at one point. I guess the thoughts I have in mind is that MI5 found him useful and recommended he was not prosecuted. Same as Janner. Same as quite a few others. Mrs T would have had to balance the interests of justice with whatever benefits MI5 might have suggested accrued to him being free. Of course she would also have that horrible fat pedophile and any of his friends in her pocket.

I can’t look at a picture of Cyril Smith anymore without thinking of Baron Harkonnen.

I imagine some of the more salacious rumors probably come from prostitutes.

Thanks to some people I know, I can describe the genital appearance and procilivities of several high-profile Oz journalists and politicians.