Uncle Joe, say it ain’t so.

A. Good for her.
B. Joe is the ‘business-as-usual’ candidate, and it frightens me how many Dems might vote for him so we can have the good old days of Obama. I love Barack, but there are many things that need fixing that he couldn’t/didn’t fix. We need better.

If he won and served 2 terms, he would be 86 years old at the end. That seems a little extreme. Reagan was only 77 at the end of his presidency and that seems like too much.

Yeesh. We really should have an upper age limit on politicians.
And so we have a whole year or so to hope for a heart attack or something? I’m gonna need more candles…

It’s so great that bloggers sharpen their knives on those who are not Individual 1, while Individual 1 occupies the White House. It’s exactly what Stephen Miller wants.

That’s all you have to say.

I suspect 80% of those don’t realize that the positive feelings they have about Joe Biden stem exclusively from old Onion articles.

It’s so great that bloggers sharpen their knives on those who are not Individual 1, while Individual 1 occupies the White House.

People are capable of caring about more than one thing at a time. Also, let’s try to find the best person who stands a chance of defeating Individual 1 next fall by actually having a conversation about the pros and cons of each person seeking the country’s highest executive office.

I think the better question is, is anyone surprised?

Good for her, Biden can go pound sand.

That’s all you have to say.

You mean that’s all that YOU have to say? 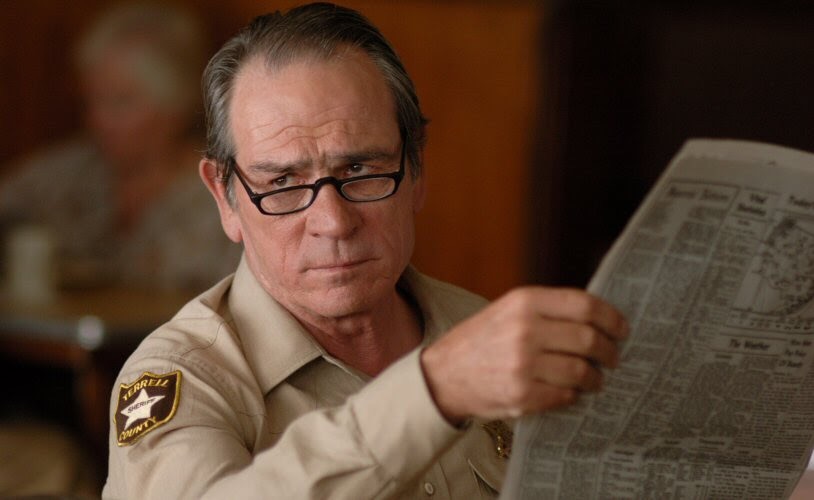 Maybe Biden can open his mouth a lot in the next few months and bait Trump into apoplexy. Biden will then have done the country a huge favor. But since the guy can’t even own his own past, we can vote for someone else in the primary anyway.

Also, just to make sure we all remember again:

Thomas was nominated by Bush. Yeah, in the past Democrats fought like crazy to appoint Republican Supreme Court nominees.

Things were so wacky in the old timey days.

I have this to say as well: I hold my candidates to very high standards. I look at the good AND the bad in weighing my decision about who I will vote for in the primaries. If you don’t, then you’re a party loyalist who doesn’t care about anything except your team winning. If you can’t criticize someone for fear they might (gasp!) lose, then they will never learn from their mistakes and learn how to be better people.

Second, when it comes to the general election, I compare the good AND bad of BOTH candidates. That’s why I voted Bernie in the primaries in 2016, and Hillary in the general. That’s why I will vote for the candidate I most want in the primaries this time around (spoiler alert: Senator Warren is knocking it out of the park right now for me), and whomever is the Dem candidate in the general. Because right now, every single one of the candidates seeking the Dem nomination is unquestionably better than the president who sits in the oval office and stinks up our country with his very existence.

how dare you call me out like this, Ratel 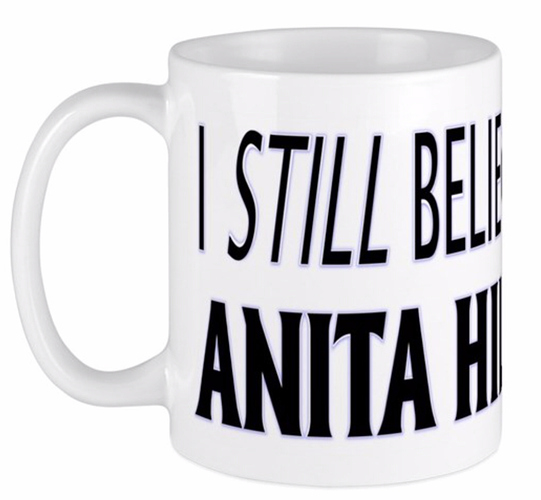 Biden’s entire track record proves he’s unqualified, his toxic narcissist “apology” to Hill proves he’s unfit.
He’s actually the Democrats’ version of Trump: A really good bullshitter with nothing good to offer.
And back to unqualified: His disastrous leadership of the blue Congress for Obama in 2009-2010 – resulting in the 2010 election disaster – proves he’s got nothing to offer.

“I STILL BELIE ANITA HI” has a certain ring to it but I still wish more mug designers would take curvature into account when placing text.

Seems???!? The man man was in full blown dementia before his last term ended. Nancy and her astrologer were running things. I have never cared for Biden. Seems like he might have done a few good things, but not nearly enough to outweigh the bad. But as a Bernie person, I have to take his age into account too. It is going to be an interesting primary season (and I dearly hope not in the Chinese adage usage of ‘interesting’).

BIDEN is the one to hold to account for midterm losses in 2010? I’m not a huge fan of the man, and quite likely to support a different candidate in the primary season, but that’s a scorching hot take.