Interesting lists. I planted Newtown Pippins in my yard about 20 years ago, because I’d heard it was a classic heirloom. They were very difficult to grow in the Kentucky climate, and hardly produced. The ones they produced seemed like they should have been good. But I feel like the whole experiment never came to fruition.

Reboing! Popkin got there first @beschizza 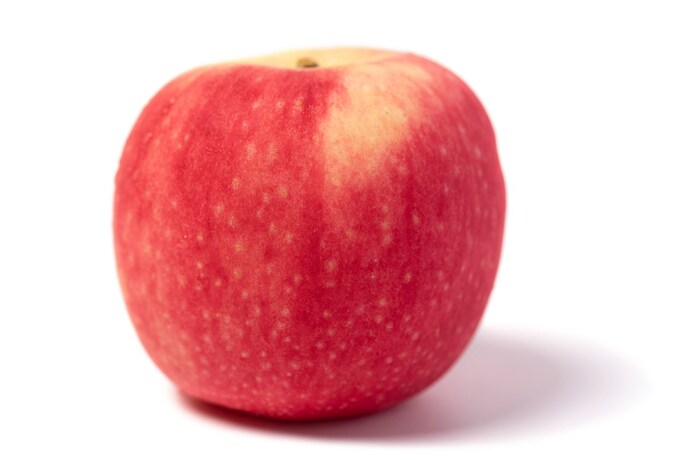 Having trouble deciding which type of apple to choose? On Pick An Apple, you can view people’s ratings on the best to worst tasting apples. Taste, crispness, flesh, juiciness, density, and cost are…

Sure if you consider this a ranking of apples eaten raw. The Pippen is an apple used for cider. Its mealy texture is a feature not a bug when it comes to pressing out the juice. When Benjamin Franklin declared it his favorite apple, he wasn’t taking a bite… he was looking forward to some delicious hard cider.

Red Delicious on the other hand, aren’t good for anything and can die in a fire.

Like the old saying goes- on the Internet, nobody knows you’re a Newtown Pippin Apple 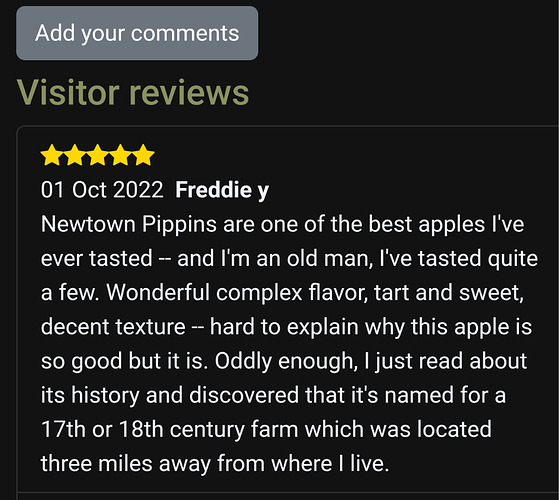 Or just a Fall tradition?

They’re way off on Rockits. Size alone makes them a winner in my book, but they taste good too.

I think Fuji and Gala apples are under rated. Especially Fuji - in the red??

Granny Smith maybe deserves the spot it is in, but they do hi the spot sometimes.

That’s really interesting, when I first read this post I hadn’t thought about anything but eating them out of hand, but there are other ways of getting them into my belly, and it makes perfect sense that a mealy texture would lend itself to being squeezed out than would a hard apple. The same goes for MacIntosh - my grandmother always taught me that, along with a green apple or two for added flavor, the Mac was best for pie because of the way it cooked down.

That being said, I was still disappointed to see my personal favorite, the Braeburn, listed as only mediocre, and the Gravenstock not even listed. It’s all a matter of personal taste I suppose, like liver and onions but with fruit.

I’ve noticed that a lot of Popkin’s posts aren’t commentable; dunno if that’s something corrected later. Maybe this was a workaround?

What is inside an apartment in Paris abandoned for 70 years? boing

This is a Discourse (or possibly blogger workflow) technical problem that occurs randomly and has been doing so for a long time. Nobody seems to be able to tie it down. Like all intermiittent faults it is proving hard to replicate or diagnose, I suspect. It started with Xeni a long time ago (remember her?) on only some of her posts (which made me think ‘different workflow’ somehow at fault) but went away and then came back again more recently. As @timd says the BBS page is your saviour - go to…

Except it does not seem to be intermittent with certain guests.

I’d guess some combination of their workflow and the tools they are using to post with. Or something random happening in the Discourse code, triggered by some specific condition. But what do I know? Finer and more technically literate brains than mine have not yet figured it out.

But I feel like the whole experiment never came to fruition.

Would you say your efforts didn’t…bear fruit?

I do think we should all agree that Honeycrisp is the most overrated apple ever developed.

I prefer Fuji and Gala. My wife loves baking with Braeburns, but they’ve become increasingly hard to find.

And in defense of poor Red Delicious: something happened to them in the last couple decades, because back in the '70s, a locally-grown, right-off-the-tree, only-in-the-store-a-few-months-a-year Red Delicious was nearly perfect. Sweet, juicy, crunchy, the quintessential apple. Factory farming fucked it up. Like a war hero in a wheelchair, it should be honored and mourned for what was, not scorned and mocked for what it is.

Sure if you consider this a ranking of apples eaten raw. The Pippen is an apple used for cider.

Pippins grown in the northwest (which are the only ones I’ve ever had any contact with being as I’m on the west coast) are an excellent apple for making pies.
Couple things:
I spent most of the 80’s and all of the 90’s working as a produce person for a large chain. You’ll have to believe me, but MOST of the time (McIntosh apples excluded) when pretty much any variety of apples are picked, packed, chilled and shipped in season from WA, OR or CA, they are all pretty good to great for eating. Even the dreaded red delicious or golden. Some are far better than others, like Fuji.
That window is pretty narrow, however. And what we get the rest of the time are apples that come from massive climate controlled cold storage facilities where they are kept until shipped under a chill just above freezing. Some varieties will do OK with this and are still good.
When that stock runs out, apples will be packed, chilled and shipped from the southern hemisphere - Chili, New Zealand, South Africa, etc… to the northern hemisphere.
FYI.

An apple is an excellent thing - until you have tried a peach .

A apple ranking list which does not rank Cox Orange Pippin, Boskoop and Berlepsch is not to be trusted.

Especially for anyone who likes baked apples, apple pies of any sort, and a proper strudel.

Oh damn, I am hungry now.

Question for anyone in the UK: how’s your apple harvest this year?