Originally published at: Biden suggests he may not run again | Boing Boing

Let the wild speculation about a 2024 democratic nominee to replace dark Brandon begin!!!

Hmmm, do you really think that if she does run, she’d be a serious contender for the nomination?

I mean, I’d love that, but she’d have all sorts of forces arrayed against her, including the corporate-funded Dem establishment.

Why would anyone expect a firm answer to that question today? What’s the point of even asking.

There is no positive value from either firm answer to that question today. Only negative impacts. The longer any firm answer can be delayed, the better. Certainly until after the midterm election. But, even then, the longer after that, the better too. The longer into 2023 he can keep up the non committal answer the better.

I would like to see him resign shortly after the midterms, especially if the Dems can keep control of Congress. Give Harris a chance and open things up for other potential replacements.

Personally, I like Gavin Newsom. He has some issues, but nothing that the Dem establishment can’t gloss over.

Why would anyone expect a firm answer to that question today? What’s the point of even asking.

Exactly. I can’t remember another time when people were asking this early on.

They don’t want it to effect the mid-terms, either way.

I saw part of the interview, and saying you are running changes a whole host of things with like money and campaign speeches etc.

I don’t think he will run again unless he really really has to. Like if his approval is through the roof and no other Democrat contender would do so well, he might go again. I don’t know who the next Democratic contender would be, though if Biden elects to not run.

Desantis is who I think the Republicans will pick. I think Trump will try to run again - but get primaried - or indicted. This is not a done deal, Desantis doesn’t have a cult around him like Trump does - yet. But I think he will.

It will be interesting, the next 2 years.

My brain fails at being able to accurately picture all the pearl clutching and absolute screaming the GOP would do if he resigned and let Harris be President. Never mind that it is exactly what Nixon did (although for completely different reasons of course).

I also wonder if any Dem voters would consider themselves to be “tricked” if she was put into power.

Well, maybe I’m just not paying enough attention but Harris seems pretty invisible - to the detriment of the party, I think.

I think AOC will become the new Bernie now that he is essentially too old to run. The Dem establishment will keep her around to keep the left interested in the party, but if it ever looks like she can actually win the nomination, they will pull every dirty trick in the book to make sure it doesn’t happen.

I don’t think he will run again unless he really really has to. Like if his approval is through the roof and no other Democrat contender would do so well, he might go again.

Makes sense, but let’s not overlook the strong possibility of his ego getting in the way. Or whatever it was in RBG that kept her going for longer than she should have.

Hmmm, do you really think that if she does run, she’d be a serious contender for the nomination? 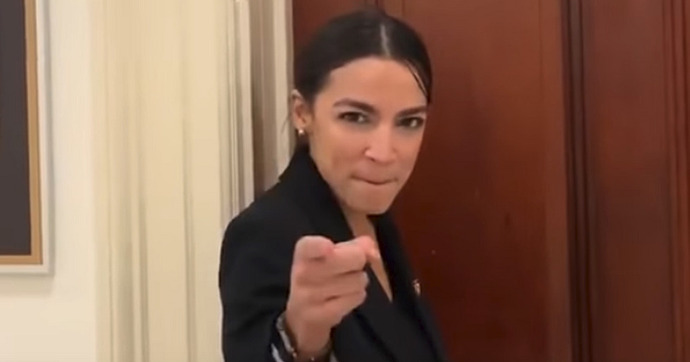 I would so love to see an AOC/Abrams tag-team!

That’s some high-level trolling going on there.

Well, maybe I’m just not paying enough attention but Harris seems pretty invisible - to the detriment of the party, I think.

True of all vice presidents… until it isn’t. John Nance Gardner’s aphorism remains true, and he was one of the better and more active VPs.

I would be all in on team AOC for Prez just to see the rightwing meltdowns. Tasty, tasty conservative tears.

I dunno, George W Bush was pretty visible when he was VP.

if he resigned and let Harris be President.

This was a deplorable talking point mentioned even before the election, it being one of the many agendas to destroy patriotism or something.

Welp, I’ve been so sure Biden is going to run again. I will have a lot of egg on my face if he doesn’t.

Also, I don’t think it’s what’s best for the country. I worry it would leave Democrats without a candidate to unite behind, and do the US what LBJ not running did: get us another Nixon.

So I like to think Biden is being coy just to defuse potential chaos, but will run again. Because among other things, I think if he runs in 2024 against any known GOP candidate he’ll win. Among other things, incumbent advantage is considerable.

See how it goes.

The most important goal in the selection of the next Democratic party presidential nominee is to be sure that the republican, trump or desantis, loses. This is nearly always the goal but it always gets lost in the broad sub divisions on the left. For instance, i think quite highly of Bernie Sanders, but i’m fairly certain he’d lose against most republican shambling nightmares. In a two party system (particularly when one party has lost its @#$! mind) the most important goal is lamentably not getting the best person in the white-house but causing it not to be occupied by something terrible -sigh- 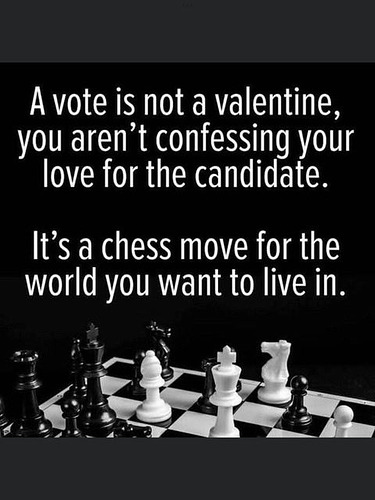