Bison scares the heck out of a reporter

His overreaction is great though bison are not to be messed with, if they’re headed your way and aren’t being aggressive you should still move away and give them space.

That spot he’s standing in is usually crazy popular for local ungulates. Last time I was there it was swarming with elk.

They are big and fast:

Can confirm. Gardiner is replete with elk. I have heard rumors that the town enlists volunteers to shoo them off athletic fields prior to sporting events.

Do not blame this guy one bit. I bet he has seen a video or two. Bison are huge, strong animals and they will charge on occasion.

It’s interesting to note that these days television reporters are often expected to be their own camera-person, like this guy.

To be fair, you really can’t give too much respect to bison. It is best to not make direct eye contact with even the ones that are accustomed to humans being around them - they often see it as a challenge - but sometimes not.

Bison are huge, strong animals and they will charge on occasion.

So basically the doormen of Yellowstone. But what do they charge? 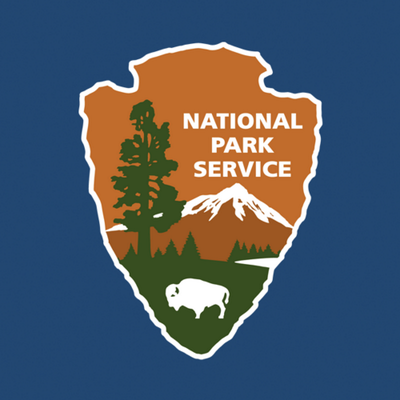 Social distancing means avoiding large gatherings and maintaining distance (6 ft) from others. While we're at it, remember to keep it at least 300 ft for larger wildlife. Check park websites for the most up to date information regarding access and services. #SocialDistancing https://t.co/BlqfvGflEO 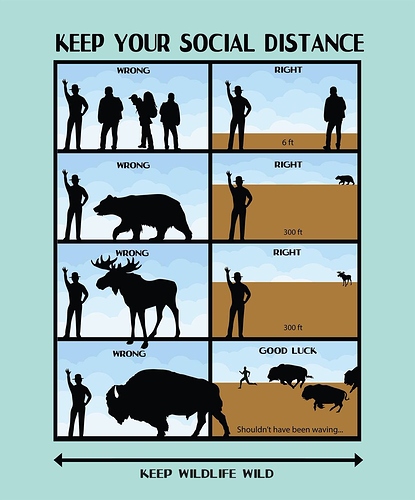 bison are not to be messed with

And pretty foul-tempered from all I understand.

An arm and a leg.

“Good luck! shouldn’t have been waving…”

I’ve had an up-close encounter with bison. Thankfully, I was in my car. They are HUGE. And they need to bathe more often.

Me too. A herd once blocked the road I was on in South Dakota. The worst thing was my dimwit dog, who decided it would be great to stick her head out the window and bark threateningly at them. I somehow managed to grab her by the collar and drag her down to seat level before the guy she was barking at figured out the source of the challenge.