Can you give me 24 hours to get my s*** back together? Seriously, can't I just rage for a day or so?

Worst sushi ever: American Fork Utah. And all the locals loved it. No disrespect to Utah, just American fork.

Been there! All-you-can-eat place, right?

Awful. I mean, I eat Utah sushi, and like it, but that was bad. And the folks who took us there expected us to love it. hrm

Oh, do I know that kind of thing?
One time nice people took me to a ‘all you can eat pizza/salad bar’ place. Horrible, the food, bad food, but they loved it.
Pity I was just on the move to learn how to do proper socializing, long time ago… it takes a long, long time. Still not there.

Budapest, March 17, 1993. A Englishman, a Scot, an Eirelander*, their Hungarian girlfriends and me go to an Bavarian bar for St. Patrick’s day, watch BladeRunner dubbed in Italian, and order the Mexican chili.

The chili had corn (maize) in it – because that’s what makes things Mexican, apparently.

`* or whatever they call themselves

I went out last night to a place called Cactus. Which is good food, but they only kind of wave in the direction of Mexican. It’s Mexican-ish.

My enchilada was a flat tortilla sandwich topped with corn and cheese. No sauce. I was confused.

Our waiter, though, had a Spanish accent so thick I honestly wondered if he was faking it for flavor. It’s not an accent I hear a lot in the vast white wasteland of Bellevue.

Trailer Park Boys has forever ruined that word for me.

Since other people are talking about things that cheered them up, I took the family to the world’s largest model railway today. It’s pretty huge and has a working airport that runs on a schedule, a 6 m Swiss mountain and a massive Norwegian harbour with cruise ships and container ships sailing around it. You can see all the workshops and the new sections they’re building (they’re currently working on the Mediterranean), so it’s great if you’re interested in modelling or the different systems (the control centre is in a public area, so you can see the layouts and status of the vehicles on each one). There were a lot of Where’s Wally? style dioramas, but I thought this Christmas-themed porno being filmed in one of the classy sections of town was quite funny: 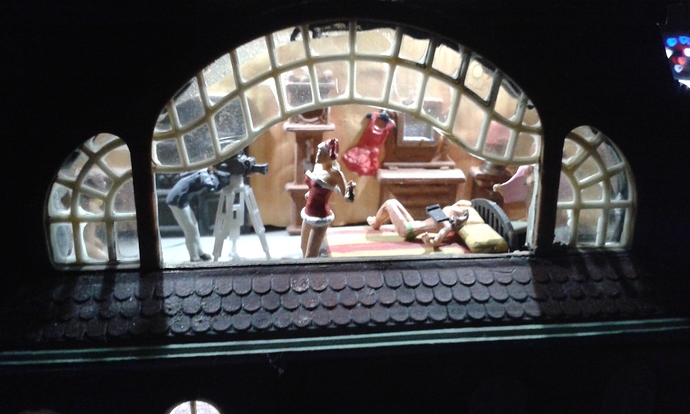 I actually found Wally too! (and David Hasselhoff)

#All shit is back together, yes?

Frankly, you can leave out the pizza. That’s the best indulgent ice cream right there. Interestingly, phish food is their best seller in the UK, despite Phish themselves not being particularly popular there.it’s just that good. 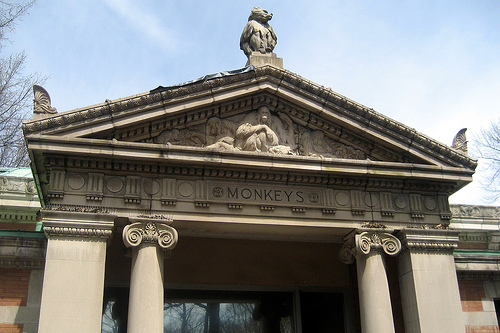 What were we talking about? Did I freak out the restaraunt owner, when I thanked the itamae with both domo and gracias? (He thought it was amusing, and he was speaking spanish.)

Oh, I know that one. Worthy to see whole. Just to see the fun they have, and the science behind.
Feeling better?

Bit by bit. A bit better is better than not(hing) .

I’m good, and we’re well past the requisite 24 hours.