Can you spot the communist at the Banco Nacional Português?

my bet is on the elderly knitting lady

They are here in the forums!

my bet is on the elderly knitting lady

Wouldn’t be surprised, they were first in the queue for the public gallery in the French Revolution.

I feel I’m missing some context …

Better lock everybody up, just to be safe.

It was plainly Puto Perdiz (the sidekick).

He’s wearing a Green clearance uniform - yet is taking training from an inferior Yellow clearance officer! That makes no sense unless he’s a treasonous commie!

We can only hope he survives capture so that he can enjoy his well deserved re-education and a new chance at life as an Infrared citizen! Perhaps working happily and productively as reactor shielding, or possibly at the Armed Forces target ranges catching valuable napalm shells to reduce our budget expenditure.

Thank you, Friend Computer, for this educational presentation. I shall remain vigilant against the Communist menace that Alpha Complex faces. My temperament is buoyed by your friendship, wisdom, and protection!

*smiles as hard as he can*

That scene made me flash back to when I lived in Portland and banked at a place called Umpqua. They had some kind of knitting group out of the bank and they would meet there after hours to drink and knit. They also had movie nights in the bank. And, because it was Portland, the free coffee was actually very good. I would sometimes stop in just to get a cup.

I just googled it to see if they still do that and found this article: 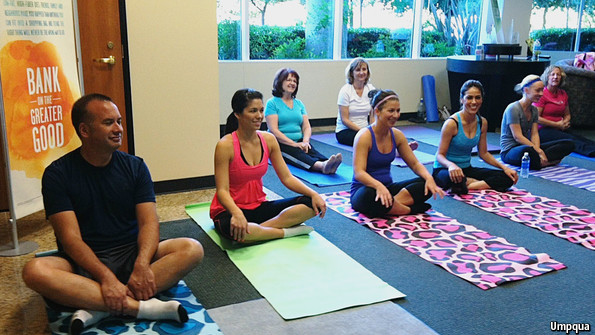 An odd bank from an odd city is doing oddly well

Yes, that’s a yoga class on the floor of a bank.

The end of the video definitely made me lol. A+

Isn’t this method pretty much the same way libruls and repubs identify each other over here?

It’s the baby of course.

I have no idea what you’re talking about…

The Portuguese Falcon (English title for "Captain Falcon" in the original or "Capitão Falcão" in Portuguese) is a 2015 Portuguese action adventure film directed by João Leitão. It was released on April 23, 2015. Captain Falcão tells the story of a Portuguese superhero patriot serving the fascist Estado Novo in the fight against the communist "red threat" during the 1960s satirising communist paranoia in the days of the military regime in Portugal.

Apparently Lenin is a character in this.

The movie is, clearly (and also because I searched it :P) a satire about Portugal fascism in the 60s.

Oh it was satire? Great, now I have to think about the entire clip.