I think Charlie Daniels needs this.

How to Overthrow the Illuminati

This blog post is an online version of the pamphlet “How to Overthrow the Illuminati” which we are passing out in the hood. If you want to print this text to distribute, please click he…

they’ve probably done the math and decided that dosing the food at Taco Bell is cheaper than Chemtrails.

Well now. That shines quite a different light on what seemed like simple silly lyrics.

Chicken’s in the bread pan picking out dough.

Obviously the chicken is… hang on, someone’s at the door…

C’mon, Charlie, join them in making a run for the border…less world.

Too much Charlie… Not enough Jack

vocal about his conservative politics.

Here’s a good example of his Countryfried Political Rap™:

"…What if Eldridge Cleaver was to devise a plan,
For the Black Panther Party of America to be merged with the Ku Klux Klan,

And If Richard Nixon made Spiro Agnew
the new ambassador to Timbuktu,
if he was to do it well, do you guess
it’d improve his relationship with CBS,

What if Lester Maddox was to pass a law,
that the black population of Georgia had to be moved into Arkansas,
Aww Would it make Orval Faubus sore and start a 2 state civil war,
And Would they ask the government for federal aid to buy pickaxe handles and razorblades…"

Illuminati can’t even work a computer. Cicada 3301 are the new hotness

Cicada 3301 is a nickname given to an organization that on three occasions has posted a set of puzzles to recruit codebreakers/linguists from the public. The first internet puzzle started on January 4, 2012, and ran for approximately one month. A second round began one year later on January 4, 2013, and a third round following the confirmation of a fresh clue posted on Twitter on January 4, 2014. The stated intent was to recruit "intelligent individuals" by presenting a series of puzzles The puzz...

now dammit someboyd said David Bowie was leading the luminatti, but I found the real conspiracy about “TB” (wink)

His brain has been eaten by fnords.

They all died of malnutrition.

Well, it looked like I was gonna be stuck here as far as I could tell
I thought I might as well suck up, you know what the hell
I said, “You know that song that Charlie Daniels did
About how you went down to Georgia and played fiddle against that kid?”
He said, “Yeah it broke my heart but you know what are you gonna do?”
I said, “To tell you the truth
I thought your solo was the better of the two”

I think Taco Bell is the more dangerous.

i went to taco bell on friday and i swear to god there was blood in the third taco i ate. I really doubt theyre servin up medium rare filet mignon tacos now so it was most likely human in origin

If you’ve never had the pleasure: 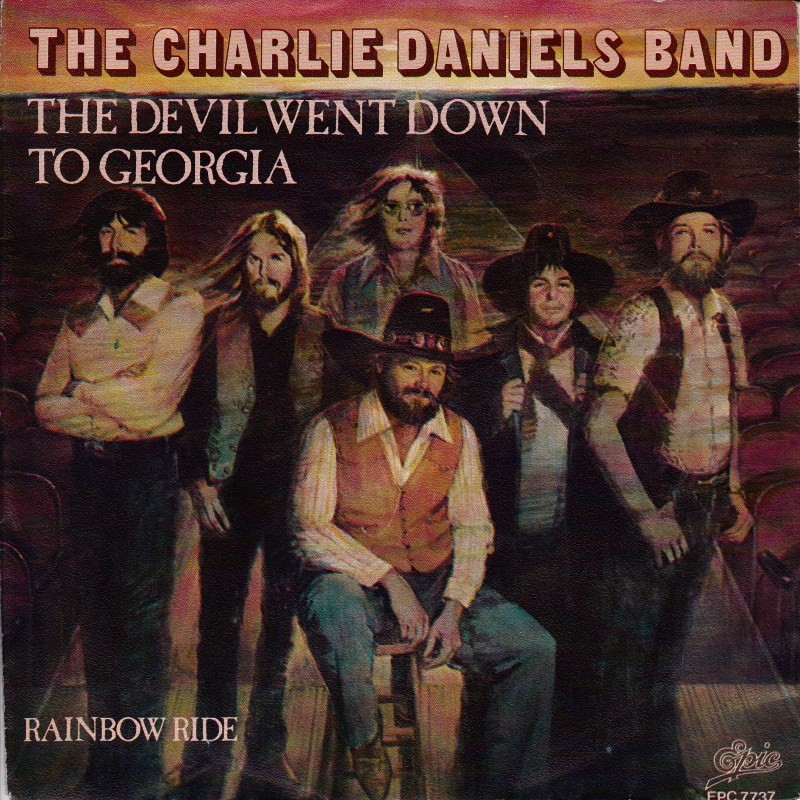 Thirty-Nine Questions for Charlie Daniels Upon Hearing “The Devil Went Down to...

1. The Devil won that fiddling contest, right? 2. Because isn’t that totally amazing fiddle feedback thing the Devil plays (which sounds like Hendr...

did a stray taco shell fragment graze my cheek and cause the bleeding? maybe. no way of knowing