Wouldn’t, “Podesta attends modern art event!!!”, have been enough to incite the necessary levels of hatred in the target audience?

You know, at this point I’m just all out of shock. The shock well is dry, this election cycle has beaten my disbelief gland to a fine mush… So you know what? Podesta probably is a sex magic witch, with vagoo powers my puny voter mind cannot even fathom. I don’t care if sparkles spray out the damn thing as long as some legislation is moved.

Powers like you wouldn’t believe…
and that’s Mr. Vagoo to you mortal…(or maybe it’s Xe, I don’t even fucking know anymore) 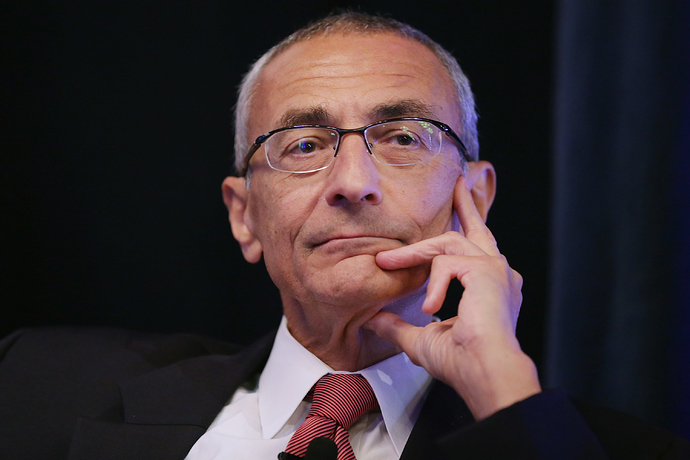 It’s about time something other than Abrahamic religions got some representation.

There’s a term for that: 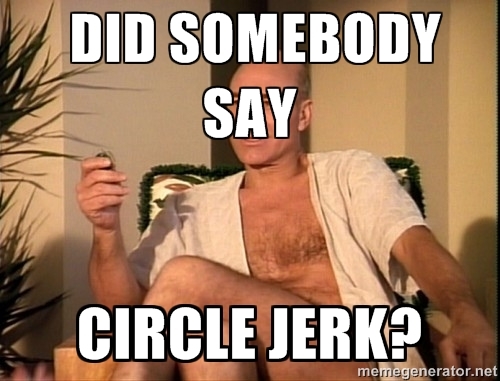 Crazy Aleister Crowley-inspired blood sex semen magic would probably still be better than a tRump presidency so I’m okay with it.

Donald Trump got the endorsement of the National Enquirer, if this story is any indicator, the Weekly World News will endorse him next.

If this isn’t some form of Wiki-mimic performance art itself, it’s certainly proof-positive that the “Trump/GOP/Alt-right-asshole” axis now feels free to throw any form of bizarre batshit gibberish out into the infostream without concern for ridicule, fact-checking, condemnation, karma, ethical repercussion, or justice. They simply do not care. All that matters is keeping the sewer-dwelling base fired up until Tuesday.

Just watch how this one percolates into the heartland this weekend.

As for me…my spirit is well and truly “cooked.”

Who is that man behind the “SAY”?

I find this reassuring.

If this is the worst they can find on him then he has no skeletons in the closet.

Who is that man behind the “SAY”?

As with so many things, that is best answered in song.

Let us not forget that alt-right darling Milo Yiannopoulos bathed in pigs’ blood for a performance art piece, which was promoted on Trump’s campaign CEO’s website. http://www.breitbart.com/milo/2016/10/08/milo-unveils-angel-mom-piece-at-new-york-art-show/

I don’t know, I think this is just locker room talk. All chefs talk like this.

I’m unimpressed unless he “grabs 'em by the pussy.”

Yesterday they were—I shit you not—promoting a pasta-based secret code table that proved Podesta was part of a child sex trafficking ring. 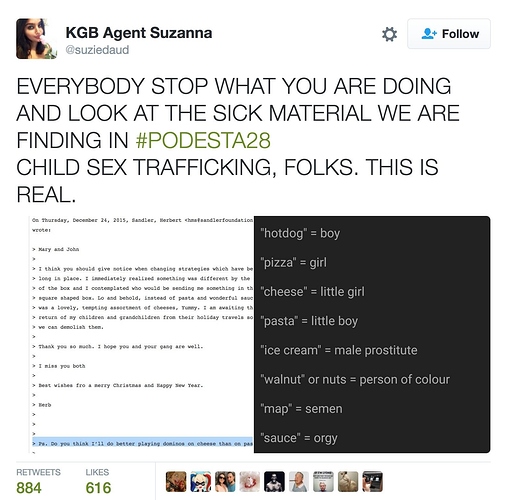