Colorado Rep. Lauren Boebert says she is nothing but "the blood of Jesus" (video)

Originally published at: Colorado Rep. Lauren Boebert says she is nothing but "the blood of Jesus" (video) | Boing Boing 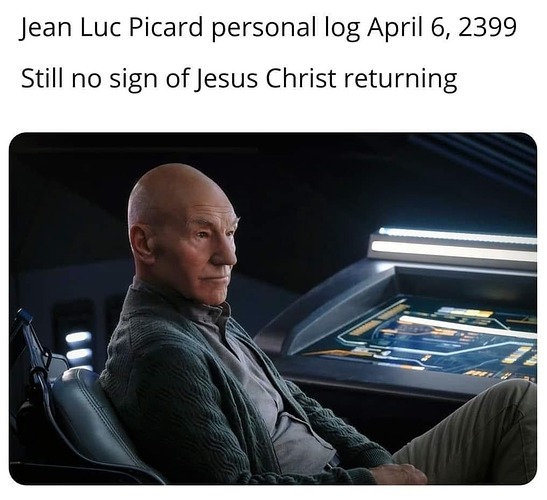 “I’ve been bought and purchased by the blood of Jesus — and that is what defines me.”

So wait, is she admittng to a fantasy she has about Jesus buying services that she renders in the guise of a prostitute?

Unlike anything bought from Lauren Boebert, nobody ever got food poisoning from the blood of Jesus.

Jesus famously did hang around with prostitutes (and other undesirables), but not in that way.

In any case, Boebert makes mockery of her supposed Christianity, what with her (and other similar, ostentatiously religious bigots and shitheads) acting like they take Jesus’ condemnation of the “goats” in the parable of sheep and goats as a to-do list.

That is a rather common insider phrase used by many Christians. You were a slave to sin, but Jesus “bought you back” from slavery with his blood (aka: saved by his sacrifice on the cross). It’s odd, but familiar to those in the circle.

This is pretty standard phrasing amongst evangelicals, and similar phrases appear in some translations of scripture.

Bloody creepy if you ask me. 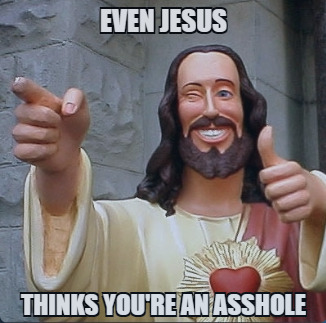 Why yes, I would like to see her washed in the blood of the lamb…

the mother in Stephen King’s Carrie

Even Margret White was saner and more rational, by comparison…

So who bought her?

Jesus bought her with blood? Or someone else bought her using the blood of Jesus?

Are we sure The Blood of Jesus isn’t the name of a Christian Dominionist terrorist group or something?

I wouldn’t give a pint for her.

And which group project is that?

That isn’t particularly unusual rhetoric in many/most Christian denominations. The basic Christian idea is that since salvation is only possible through Christ and his atoning sacrifice, we owe him our lives and have a life debt to Christ, Wookie-style. Christ only asks in return that we remember him and obey his commandments.

My problem with her isn’t the rhetoric itself, as she’s speaking to a specific audience that understands the meaning behind it, so she’s essentially using it as a virtue signal or shibboleth to believing Christians. My problem is the complete hypocrisy between her words and her actions. I think this is exactly the kind of person Christ was talking about in Matt 15:8:

The hate and vitriol she continually spews out is completely antithetical to Jesus and his teachings. Of course Jesus himself was quoting/paraphrasing prophets from the Torah: Jeremiah, Isaiah, and Ezekiel all said something similar. Hypocrisy wasn’t new in Jesus’ time either.

You try to make it sound creepy and evil, but (as others have said) this is normal in Christianity. Jesus’ death - which included lots of blood - pays the price for sin. Metaphorically, the blood of Christ “continually cleanses” Christians from sin.

I Corinthians 6 says this: “Do you not know that your bodies are temples of the Holy Spirit, who is in you, whom you have received from God? You are not your own; you were bought at a price. Therefore honor God with your bodies.”