Cops Arrest Student for Talking Back

Liveleak.com - Kid gets arrested for nothing *READ DESCRIPTION*

Today in school us students made a protest for a kid that committed su..

Indiana has a tendency to fly under the radar a lot, but don’t kid yourselves: it’s a haven for the kind of conservative extremism that has been overtaking the country. This doesn’t surprise me in the slightest. Ten years from now, almost all of those kids will have been sufficiently brainwashed to believe authority is right and just and would happily haul out a student for doing the same thing.

On the plus side, I was glad to see he knew to go limp. Probably learned it from watching protest videos. Yay, internet.

Indiana has a tendency to fly under the radar a lot, but don’t kid yourselves

I live here, believe me I don’t.

As an outsider of the USA, this seems like a pretty clear cut example of a breach of freedom of speech. School or not, i thought that was something you were kinda guaranteed over there. I imagine any good lawyer should be able to get this kid a lot of money.

School or not, i thought that was something you were kinda guaranteed over there. 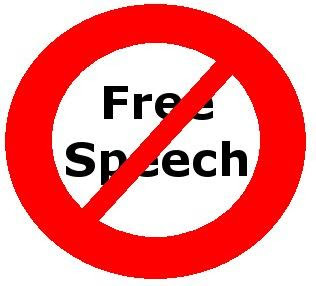 Morse v. Frederick, 551 U.S. 393 (2007), was a United States Supreme Court case in which the Court held, 5–4, that the First Amendment does not prevent educators from suppressing, at or across the street from a school-supervised event, student speech that is reasonably viewed as promoting illegal drug use. In 2002, Juneau-Douglas High School principal Deborah Morse suspended Joseph Frederick after he displayed a banner reading "BONG HiTS [sic] 4 JESUS" across the street from the school during ...

There’s a critical distinction between school suppression of speech using disciplinary authority, and the police being involved as agents of the state. That being said, I cannot speculate on what a good lawyer is capable of because he had a knife when they arrested him. I don’t know what kind of knife, but it hurts his case.

In the U.S., minors do not have the same rights as “real” citizens. A student has no right to privacy in their locker or backpack, no free speech or freedom of assembly rights, etc.

Interesting comments here, including a relative of the first victim, and a possible school employee that wishes all the sit-in students could be expelled. Some interesting comments, mixed in with typical internet sludge.

That thread was a considerably better discussion than I would have expected. There are several comments from people who say they were directly involved – in particular, the student who spoke back to the principal, and was arrested, who also says he was the best friend of the former student who committed suicide.

The situation is complicated, slightly, by the fact that the former students’ parents had asked the school not to announce what had happened or to have a moment of silence. However, many of the students had already heard of the suicide, but the school apparently wasn’t communicating anything.

However, for the most part, the video stands for itself. It’s not the most horrific example of the abuse of authority I’ve seen in the last few days, but somehow it’s all the more affecting for that. The principal is patronizing and almost careless as he dismisses the feelings of the students, their legitimate grievance with the school administration, and their impressively well-executed protest action. And of course, there was no justification whatsoever in arresting the student who spoke back to him. That was the action of petty tyrants.

It really has nothing to do with the conservative/liberal false dichotomy. Many totalitarian regimes have been “leftist,” and many have been fascist. At the end of the day, it all comes down to exercise of power, abuse of power by those who wield more over those who wield less. Wealth is closely tied to this. The quicker people realize that oligarchical, tyrannical tendencies transcend left vs. right, the quicker people will come to a better understanding of how to combat the trend.

Nope, essentially most of the guarantees set out in the bill of rights ave been determined to not apply to young people in school settings.

OMG, saying that “I understand that most of you are here as a joke” has to win the insensitive bastard of the year award, what a prick, or as boing boingers say, christ what an asshole . Their friend died.

Why? This seems arbitrary.

In apartheid South-Africa (there are other more godwin-esque examples) you had free speech too
… unless you were Black or Indian or Coloured.

Most freedom in the USA is theater. With the highest incarceration rate per capita of any country in the world, and the fifth highest number of executions, it is a far cry from the land of the free. Unless you are a “corporate citizen”, or one of the “elite rich”, you are pretty much an indebted surf living under the illusion of freedom. Sad but true.

As a former educator, I had to explain to students that freedom off speech really applies to political speech. Neither they nor I was allowed to swear. This was usually when a student dropped an f-bomb. (I’d actually tell them to say “f-bomb” instead, if only to retrain their brain from continual use of the word “fuck” as an adjective.) It was funny during the Bush years because then the student would make the connection and start bashing Bush.

Having said all this, the educational headshrinkers most likely (and I think erroneously) believed that acknowledging the suicide might trigger copycats. I tend to believe saying something nice, having a moment of silence, and having minimal discussions reminding students that suicide is not the answer they’re looking for is the way to go.

Yes. I have had instructors who were not shy expressing that minor unemancipated students have no rights, and they will run their classes accordingly.

I’ve also had at least one teacher, on the first day of class tell us that he will treat us consistently as the US citizens we are, we may say what we want, and do what we want in class as long as we harm no one, and then wrote his personal cell number on the whiteboard. He then told us to write it down, put it in our phones, whatever, and if we ever found ourselves needing someone on our side, call him. Any time day or night, no matter the circumstances, and he will help in any way he can.

He was and is my favorite teacher.

This topic was automatically closed after 1050 days. New replies are no longer allowed.