Couple whose tea leaves were mistaken for weed loses lawsuit

Lemme get this straight: some Junior League Narc Squad spent 8 months - and how much taxpayer money? - sifting through trash (and what else, I wonder?) because of an unreasonable, unfounded suspicion?

I hope this family has other recourse available. It would be nice to see those responsible working at Burger King sometime in the future.

I hope they consider putting up a Go Fund Me request.

More people need to have the courage to bring suit against police departments. If we band together to provide financial support for those whose efforts do not meet with success, that makes it more likely the next person will give it a go.

The act of going to a hydroponics store and the results of the notoriously inaccurate field tests were sufficient to meet the standards for probable cause, he said.

So neither of those things by itself was sufficient? Well that’s a relief. [/sarcasm]

Many years ago I went to a hydroponic store looking for high-power lights when I had a sizable carnivorous plant collection. I decided against them for a variety of reasons, including a story about another grower having his entire collection destroyed when police conducted a raid looking for dope.

I’ve never been able to confirm that particular story but it wouldn’t be the only time cops have destroyed perfectly legal plants in their search for something illicit.

Slave patrol can do what they please to slaves. No one cares until it
happens to them. Shut this corrupt system down.

For all those doing nothing illegal, consider stopping by your local hydroponics store and asking if you can have a bag of empty boxes for $5.

How did they know it was Mr Harte?

“The act of going to a hydroponics store and the results of the notoriously inaccurate field tests were sufficient to meet the standards for probable cause, he said.”

So basically any home gardener who starts seedlings before the frost leaves the ground and also drinks tea is suspicious.

I’m struggling to understand the timeline here… a state trooper happens to notice a guy (an ex-CIA agent no less) buy some supplies at a hydroponics store and then 8 months later they’re digging thru their trash looking for evidence?

There has to be more of a backstory here or the local DA just has a hard-on for months-long stake outs of upper-middle class pot smokers.

then 8 months later they’re digging thru their trash looking for evidence?

I’ve heard that’s about the average length of time from seed to harvest. 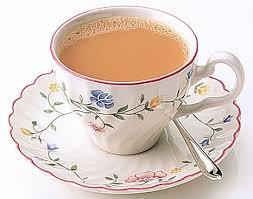 Imagine how much good could have been done if instead of giving that $25,000 to lawyers (FFS) they used it to impact the lives of those police and sheriff people directly! That’s a lot of resources lost to their adversaries.

Jesus. They do realize in Kansas that shit literally grows in ditches and stuff, right?

Fucking hell. Presumably, there’s an appeals court this can go to, yes?

I’m betting this guy was a well-known vegetarian in the neighborhood, so they kept him under observation.

That is an order.

… And the home of the brave

The act of going to a hydroponics store

The act of doing something completely legal is probable cause? Good to know.

Since when does one “wet” marijuana leaves? Have I been doing something wrong?