Cultural Observations of the GG thingee

Rule for thread- let’s try to abstain from the merits of discussing the pros/cons of the GG movement and the obvious scary/threatening bits about the actions individuals have committed in it’s name. I’m no fan of GG, but don’t want to re-hash that here. There are more than enough threads for that discussion to occur. (new accounts, please observe).

Watching Johnathan Man’s Song for the day (thanks @daneel)

He takes pains to explain the difference between

It struck me this was kinda obvious, but then I thought, what if this isn’t obvious to everyone?

In some ways, this GG thingee can be seen as an example of Shirky’s Here Comes Everybody. Without formal institutions to hold employees accountable to guild rules such as the Society for Professional Journalism Code of Ethics, any individual with a persuasive message (right or wrong) can amass a following and use that following to advocate for change in the world (or, let’s keep the status quo).

With an increasingly narrowing gap between the old signifiers of what is credible vs what is not credible (production values, distribution reach, audience numbers), the audience must rely more heavily on their ability to think critically about the message. And one’s ability to think critically is strongly colored by the context of one’s living and upbringing. That is, the Overton window on any given topic will vary considerably depending on where one had grown up and where one currently calls home.

The “GG thingee?” Frankly I see more pros than cons. I mean, who wants to take a ferry just to get from S.F. to Sausalito?

You know who else likes the Golden Gate Bridge?

Was Anita on Democracy now recently? I haven’t listened to the show in a while… 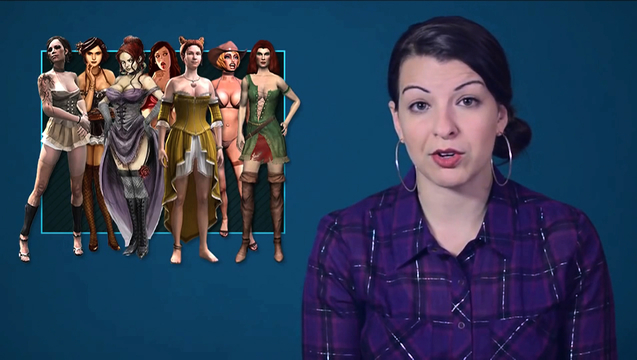 “Women Are Being Driven Offline”: Feminist Anita Sarkeesian Terrorized for...

Anita Sarkeesian, a prominent feminist critic of video games, was forced to cancel a speech at Utah State University last week after the school received an email threatening to carry out “the deadliest shooting in American history” at the event. The...

Thanks! I will watch this soon!

I love the research that MDB has shared here.

Here’s some other interesting analytics.

"ethical journalism" vs 4 women- for 10 minutes today, 95% of these tweets were about those women. http://t.co/uC3BjFv2T4

Ken White, of Clark Brianco, over at Popehat, has a very long essay on this topic that, to my incomplete read, seems to bring something new to the discussion.

I take that with a grain of salt. That was written by Clark, not Ken, and Clark has had a long-running feud with Scalzi. While that piece doesn’t overtly side with GG, it is not without some axe-grinding over pre-existing fault lines.

I’m completely unclear as to what the article thinks GG is actually about.

Well, after reading the comments, I at least know which side he sides with. “Team Red.”

But not with out major misgivings.

I give individual people the benefit of the doubt, but to push back on the Blue narrative:

That is some extraordinarily bad political analysis, and not just because he relies heavily on neoreactionary political conceptions. Collapsing all politics into a story about [incorrect] monkey evolution is entirely the wrong way to go about it, since it doesn’t describe the actual basis of modern political conflict.

It leaned very heavily on evolutionary psychology, and made a lot of very strange assertions. The most outlandish was the claim that women and other historically disenfranchised groups were now dominant in information technology – which, given that the proportion of women employed in IT has been shrinking, is quite obviously not the case.

Of course, the most objectionable thing about the piece is describing blatant misogyny and homophobia as morally neutral.

In the end, though, I don’t think the threats are that important. Who
amongst us has NOT received threats? I’m almost tempted to put the word
threats in scare quotes, because the norm seems to be to elevate a
tweet of the form “I hope you’re killed” to an actual allegation of
threat. When I’ve received threats from anonymous losers I laugh them
off. I find that some people (a minority, I hope) almost relish
receiving death threats (or death “threats”) because it gives them
ammunition in bravery debates.

Unspoken assertion: “I’m a straight white male in the western hemipshere, and my experience is universal.”

Then he trots out “more men are raped than women” and backs this up with “because: prison rape”.

Except the women receiving the threats are not in prison, so we have to exclude prison-rape from the larger stats on rape.

Yeah, which is a pretty boiler plate neoreactionary assertion, as many of them are men who work in the tech industry. It’s not exactly an original claim, but the branding is slightly new. It’s unsurprising that the libertarians at Popehat would fall so quickly to that line of thinking.

Of course, the most objectionable thing about the piece is describing blatant misogyny and homophobia as morally neutral.

I see evo-psych employed almost always to make these claims, especially by right wingers. It’s historically and scientifically dubious that discrimination is natural at all, and then the implied leap of logic that natural equals good.