Now someone needs to draw Helvetica…

KCRW in the 90s seemed, for a time, on the right path when it came to covering World Music; one show (long ended) focused mostly on Zouk and Soukous. KCRW – being my sole preferred station here in SoCal – sold me on the aforementioned… upbeat. high-energy genres that gave my brain something else to chomp into besides my usual alt-rock, prog-rock, classical inclinations. So off to super-eclectic Rhino Records I went to the legendary, now sadly gone, B&M one on Sunset Blvd, where a skinny goateed store employee in a beret told me what I should get. (He seemed musically obsessive enough to trust.) He handed me a couple of vinyl albums which I demoed in a booth. Here’s a sampling of what I heard then, and what I’ve been into ever since. Play loud:

Redstar73 Blog: Please can you introduce your band.   Grit: GRIT is Byrneos, Clodagh, Eric, John and Seán. Redstar73 Blog: When was it started?     Grit: Grit started in 2014 with Eric and John jam…

This is a pop song that has turned into a religious hymn.

It was composed by an Argentine guitarist named Tony Osanah, who lived in São Paulo in the 1970s. He claims that he channeled this song after paying a visit to a Terreiro, a temple of a Brazilian religion called Umbanda.

Ronnie Von, then a famous pop singer, recorded it in 1972 and released with great success across the country. 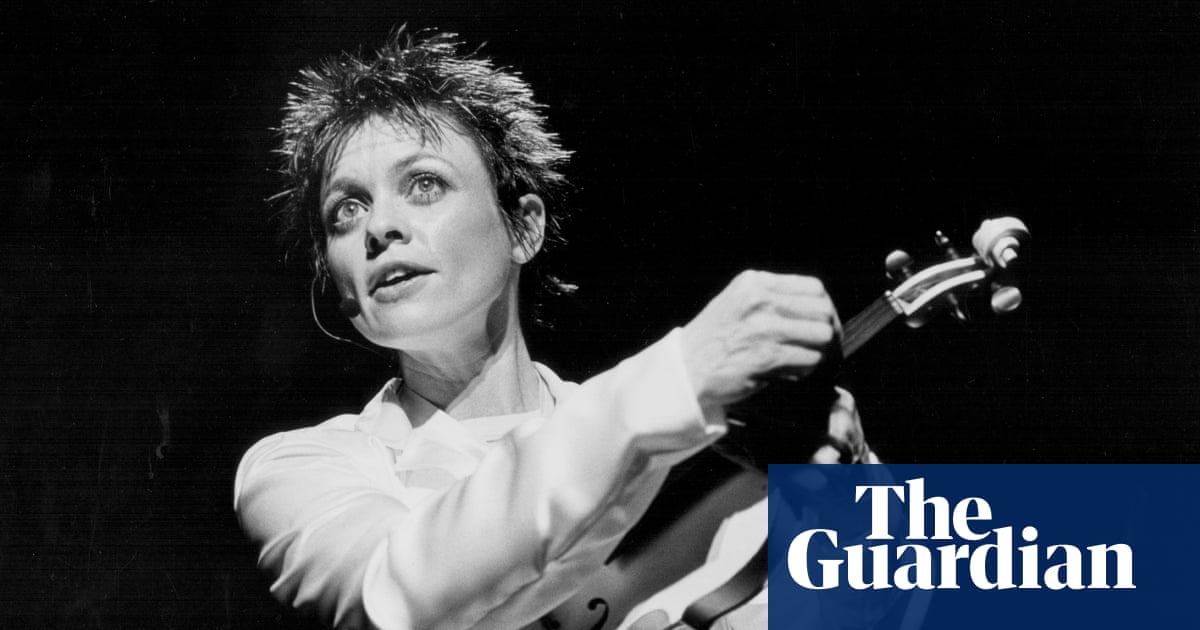 ‘It has never been more pertinent’ – Margaret Atwood on the chilling genius...

The seminal album, with its extraordinary hit single O Superman, was unlike anything the writer had ever heard. As Big Science returns, Atwood pays tribute to its prophetic dissection of 80s America

I was looking for covers of Laurie Anderson’s music, which seem to be thin on the ground (there is a Black Tape for a Blue Girl cover of Gravity’s Angel…

but I found these two, which are both excellent:

Flowers of Hell, which is a mashup of O Superman and VUs Heroin!:

I didn’t know her at all before, initially I thought (as I had the excellent Sprints song on above courtesy of @Mercenary_Garage that it was a pisstake of Oh Superman based on an Irish fast food chain, which I would have enjoyed too).

Is Outkast Better Than the Beatles? A Scientific Analysis

It started with a simple tweet from comedian Ron Funches (who at least one white person assumed was Questlove’s real name).

Kid Cudi on SNL tonight was great… And his fashion choices made a statement… note that his shirt during the first song was Chris Farley! So, as I was watching it, I was trying to figure out who was on the shirt, but noted that the sweater was very much like Cobain’s sweater during MTV Unplugged…

Sensing a pattern here with Kid Cudi on #SNL and another KC https://t.co/quFEQOiiFW

And Wil Wheaton was on Punk Rock Karaoke covering DK!

He did an awesome job!

I have to get something off my chest…

I hate the Beatles.

I’m not saying they weren’t good musicians or songwriters or whatever, I just hate their music. Norwegian Wood is kinda nice and Rocky Raccoon is good so long as it’s not the Beatles performing them, but Yellow Submarine and Lucy in the Sky with Diamonds make my blood boil.

When the Beatles come on the Radio I have to turn it off.

I didn’t have much interest in music until I was about 9 years old. Then one day the radio in the background played Echo Beach by Martha and the Muffins and my ears pricked up and I thought - “Hmmmm… What’s this?”

And then I discovered the Boomtown Rats and Men at Work and various other punk/post punk and new wave bands. And shortly thereafter I went to secondary school and the whole of '80s indie and alternative music was waiting to be discovered. And in Dublin in the '80s, the output of homegrown indie music was prolific.

And my cohort of friends shared a broadly similar musical experience. And we all hated The Beatles. We didn’t have to discuss it, it was just taken as read. I was well into my twenties before I discovered that some people who weren’t born when I was born, and didn’t grow up where I grew up, think The Beatles are great.

As I got older my musical taste expanded to include all kinds of stuff but I’ve never been able to like The Beatles. They are (almost) unique in their ability to raise a stress reaction in me. I can’t stand Jeff Lynn and ELO, probably 'cos they sound quite a bit like the Beatles, but it’s not as severe as my Beatles allergy.

The only thing that comes close is Wagner. I never sought out Wagner. I have only a passing interest in classical music but I learned over years that if it fills me with feelings of unease followed by rising anger followed immediately by me leaving the room before I lose my shit, it’s always fucking Wagner.

So yeah, Outkast is better than the Beatles

While were here in confessional mode, I’ve had a secret life long crush on Martha Ladly, who plays keyboards on Echo Beach.

Here she is again on keyboards with the Associates playing what is, undoubtedly THE GREATEST HOOK IN THE HISTORY OF MUSIC…

These unfortuately leave out the lyrics, but I like these: