Hmm. I don’t know if I blame them for not wanting a riot in the subway. It’s not privileged treatment, it’s riding them out of town on a rail.

I don’t think the white supremacists were given an option, more like “come with me if you want to live.”

Yeah. Although there were so few of these guys, it might have made more sense to assign them police escorts on a 1 to 1 basis rather than dedicate an entire car for their use. Especially when track work has significantly reduced the number of trains.

Or a few police prisoner transfer trucks. Drop them off in the countryside without their shoes.

Locals need to submit FOIA requests to find out specific names. My suspicion is that the cops insisted on this but that’s no excuse for the Metro’s actions. It’s not like antifa or counter-demonstrators get special cars of their own to protect them against right-wing thug groups who’ve actually killed people in the past.

I kind of concur. Like this was a “let’s just prevent armageddon here” move?

I don’t know…I hope that was the thought process as opposed to the idea they were given them special treatment.

Seeing as the cops are heavily compromised by white supremacist groups, I’d be much more comfortable if these groups got protection from a more neutral party with fewer conflicts of interest.

Or none at all. The whole thing with this nazi scum is that they’re obsessed with strength.

Since they’re white supremacists - this sounds like separate but equal.

Next time NeoNazis have a rally, antifa should show up with all their members dressed as Captain America.

Someone please enlighten me as to why a van or bus wasn’t rented for this purpose?

I get freedom of speech for the event itself, but since when does this include the right to be comfortably chauffeured to and from the event?

(My takeaway, if I keep holding ‘rallies’ I can eventually get a Nazi’s (Whites) only designated subway car with police escort. What a time to be alive!)

It wasn’t a “private subway car”.

“The Kessler group traveled from Vienna to Foggy Bottom on a regularly scheduled train, together with other passengers, media and law enforcement. They were escorted by police onto the rear of the train and police rode in that rail car and others to protect the safety of everyone onboard the train,” said Metro.

“The train stopped at every station to allow any customers to enter and exit. Vienna Station remained open to the public at all times. Any changes to traffic patterns were directed by police for crowd management.” WTOP

But, it sure seemed like the cops were on Kessler’s team.

Because nobody wanted to rent to them, serve them food, or let them use any private parking either. I’ll say it again: fuck all Nazis.

I’m actually okay with giving them a special train all to themselves.

I’m from Mississippi and white supremacy types don’t get that level of treatment here. America is certainly great again for this…

Supposedly taking the subway was not their Plan A. Kessler booked a private bus, which was a no-show.

Exclusive Video Preview: Earlier today, Jason Kessler planned to have a private bus pick him and his comrades up. The driver called him, claiming to be pulled over, then never showed or called back. After the rally was all over, he called back claiming to be detained all day. https://t.co/IUgjX0tH60

Police told them to pack it up early, surrender their “flagpoles”.

“They’re messing with us” Jason Kessler says after police force them to enter metro train early. They were set to leave at 3, police forced them to get on at 2:15 and leave anyone who arrives later behind. #UTR2 https://t.co/OQ1ga6ykD9

eta: If he booked a bus, he must have had a good idea of what the attendance was going to be beforehand. I wonder if he lied to the police about projected number?

Was there even a rally? I heard there was going to be one, but if it happened I didn’t even know.

Such as the Metro?

I know we’re supposed to be outraged, but a dedicated car seems like the least difficult solution. Throwing them in with ten times their number of counter-protestors might seem like poetic justice, if you think lynching is cool. If Metro had loaded them into a shuttle bus, I imagine the outrage would be even more outrageous.

Apparently there was, and it flamed out. I laugh at their impotence. 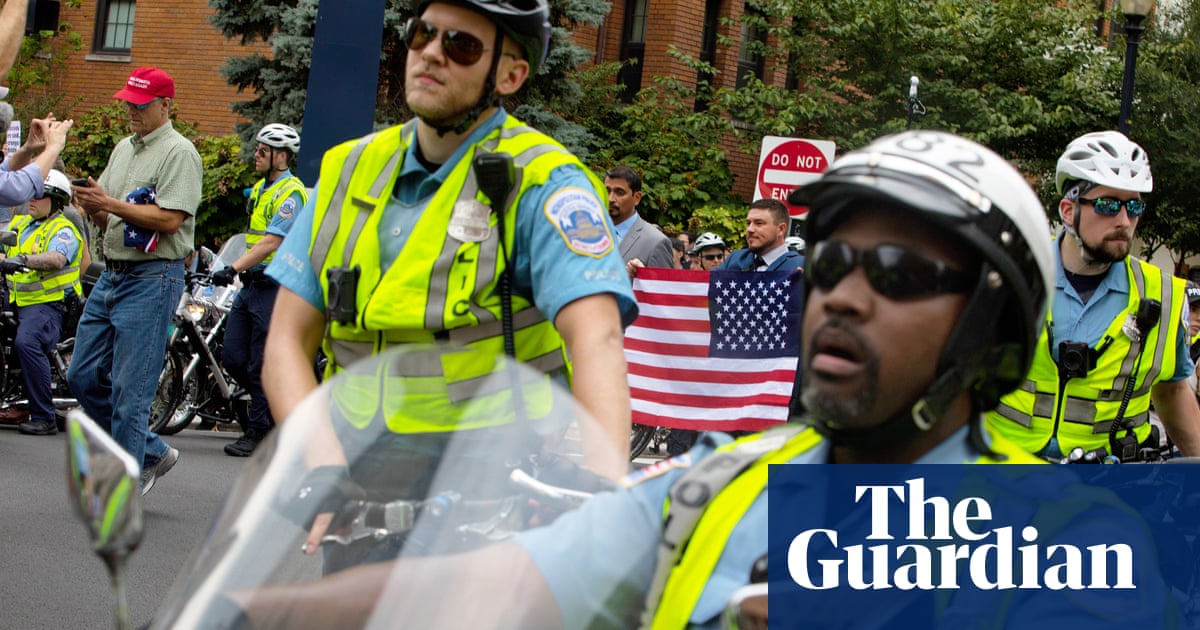 More than 1,000 protesters gathered near the White House in Washington DC on Sunday to rally against a scheduled Unite the Right rally.  The demonstration was held on the first anniversary of a white supremacist rally in Charlottesville, Virginia,...

Keeping assholes apart from the rest of society is a type of segregation I can get behind.

I hope that the service and its leadership is held responsible.