Deputy Attorney General Rod Rosenstein not fired after all

Solicitor General Noel Francisco is next in line at the Justice Department.

If he actually tries to do his job he’s going to be the most recent addition to a long list of lifelong Republicans tarred as part of a Democratic conspiracy against the President.

As an aside, the second sentence in his Wikipedia page reads “He is the first Asian American confirmed by the United States Senate to hold the position.”

Oh crap. We’re fucked
ETA. Well, maybe not completely. Muller is very, very thorough and there is plenty that, say, the State of New York can do. Also, I am getting that he has OFFERED to resign. What the hell is really going on???

This could be very bad. Rosenstein’s integrity and concern for the health of the Republic is undeniable. One way or another Il Douche might be able to hobble the investigation in a way he couldn’t before.

Nobody Is Above the Law—Rapid Response Events

Nobody is above the law. When Trump appointed Matthew Whitaker as acting attorney general—in a blatant attempt to undermine special counsel Robert Mueller and derail the investigation—Trump crossed a red line. This coalition responded by launching...

One way or another Il Douche will now be able to hobble the investigation in a way he couldn’t before.

It could easily go the other way though.

The Philippines are in Asia. His father is Filipino.

Reports elsewhere are claiming that Rosenstein is refusing to resign, but expects White House to fire him. Might want to confirm / update.

It could easily go the other way though.

With the current GOP, a party of opportunists, cowards and worse it will very easily, almost assuredly, go the other way.

Damn, I was really hoping for sanity to prevail. Why you might ask? No reason, just hoping the country would not have to face a constitutional crisis, but it seems that is not to be. My next hope is that subsequent generations will not judge us too harshly. My next hope is that there actually will be future generations who will be allowed to question what we did. Realistically, though, we are so screwed it is not funny.

The Philippines are in Asia. His father is Filipino.

You want to do this with maps? Weirdo.

If Rosenstein is the man of integrity that he’s held out to be, he needs to explain to the country why he seriously considered recording the President and making a case for invoking the 25th Amendment. This stage of his career is over, and nothing is gained by leaving Trump’s unfitness for office to the imagination.

Are you saying that being of Filipino ancestry isn’t being an Asian American?

Seriously. If he’s truly been ousted (looks like Trump tried to pull his typical wimp move and have him “resign”) then I expect the intelligence community to suddenly spring a few more leaks.

BREAKING: Rosenstein’s offer to resign as deputy attorney general has been accepted by the White House, according to a person familiar with the matter bloom.bg/2N17GhU https://t.co/lBRdbA1v73 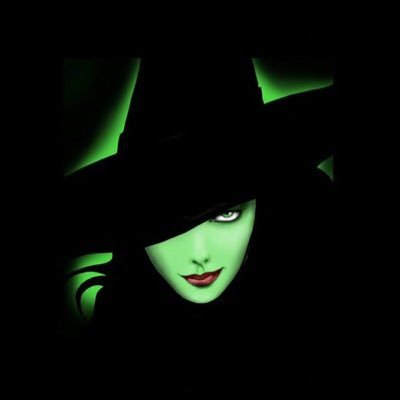 @bpolitics Really? I thought he'd said that he would never resign and that he'd have to be fired. I still think that NYT was duped by someone who wanted Rosenstein fired.

Under no circumstances should Rod Rosenstein resign. This would place the Mueller investigation in even greater jeopardy. Rosenstein should continue to do his job, protect the independence of the DOJ, and if the President intends to obstruct justice, force Trump to fire him.
4 Likes
alahmnat September 24, 2018, 4:07pm #16

If Rosenstein is the man of integrity that he’s held out to be, he needs to explain to the country why he seriously considered recording the President and making a case for invoking the 25th Amendment.

I think the New York Times has more explaining to do, because people in the room for that conversation strongly dispute the way that the NYT’s source – who was not in the room – characterized it.

I mean, if the guy self-identifies as Asian-American I’m certainly not gonna argue. It’s just kind of odd that Wikipedia would emphasize that label when he’s a native-born New Yorker whose father appears to be a Filipino of Spanish ancestry.

Of course the labels are pretty slippery and arbitrary anyway. Many of the Filipinos I’ve known preferred “Pacific Islanders” to “Asian.” But then “Pacific-Islander-American” doesn’t exactly roll of the tongue.

I seriously hope Mr Meuller is making backups of all he has so far.

according to a person familiar with the matter

Just to set the record straight. Rosenstein did not discuss removing Trump. Andrew McCabe suggested the DOJ should investigate Trump, to which Rosenstein sarcastically replied “What do you want to do, Andy, wire the president?”. So thanks to NYT being outplayed by some White House insider, Trump now gets a chance to appoint a yes-man to Rosenstein’s suddenly vacant position.