Dog steps on rifle, firing it and inadvertantly killing owner

Loaded, chambered, and left with the safety off in the truck bed?

Must be another of those “responsible gun owners”. Woof.

This is exactly why my building doesn’t allow dogs…or guns for that matter.

Something, something, only a good dog with a gun…

What’s with those “bear arms” in the Constitution? Apparently dog arms are the new thing.

That owner knows what he did…

It was not immediately clear who owned the truck and the dog or who called 911.

Maybe the dog or truck called 911? Whatever the case, it isn’t the gun owner’s fault! /s

It appears the sole (human) witness is the dead man’s companion, so I hope the authorities did at least some cursory investigation before taking that person’s “the dog did it” story at face value.

Another person who was in the driver’s seat was physically unharmed, he said.

The story is so odd. How can they not know who owned the vehicle? Did it not have a license plate?
And this quote is just…

Officials say it appears to have been a hunting-related accident

Because there was also hunting related stuff in the truck. That’s like saying when a toddler accidentally shoots it’s mom in the greeting card aisle of Walmart that is was a “Mother’s Day” related incident.
Anything to avoid blaming irresponsible handling of firearms.

I hope the authorities did at least some cursory investigation before taking that person’s “the dog did it” story at face value.

Like testing the main suspect’s paws for GSR? Hope the dog has a good defense attorney.

I like to think of this story as one of compensatory justice for the animals. Like a dog version of the “What do you mean ‘we’, paleface?” moment. 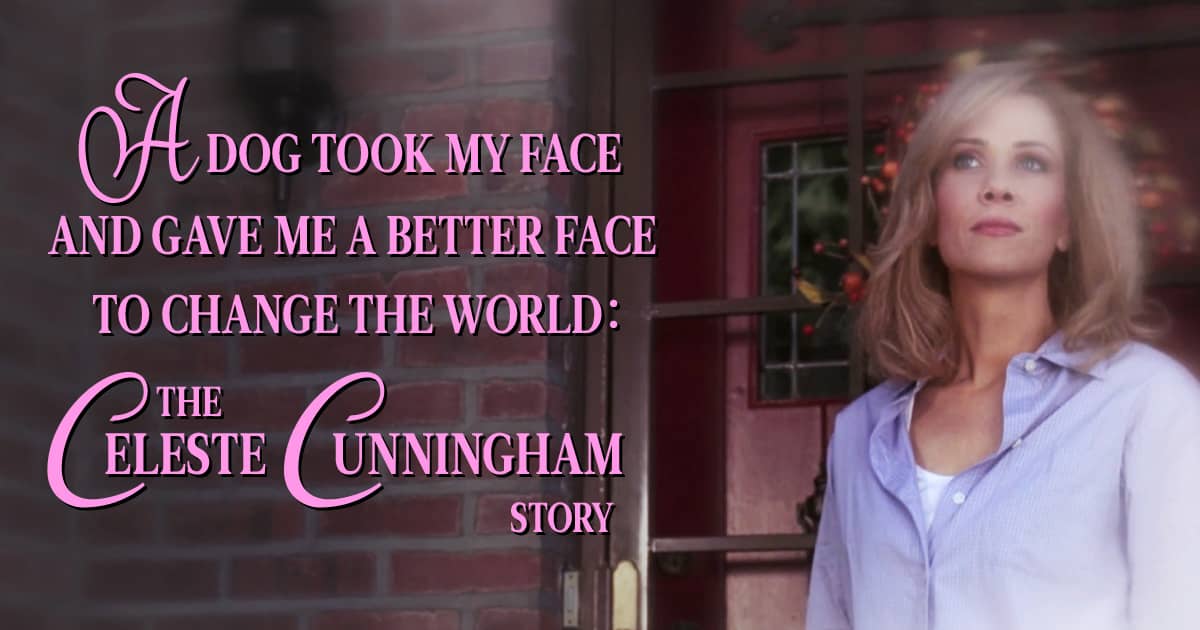 A Dog Took My Face And Gave Me A Better Face To Change The World: The Celeste...

The true story of Vermont congresswoman Celeste Cunningham and her journey into politics after a dog shoots her in the face.

It’s not terrorism. The dog was a lone wolf.

The only way to stop a dog with a gun is with good doggie with a gun.

Responsible firearm owners have a term for irresponsible hunters like that: Fudds. (After the cartoon character Elmer Fudd, obs.) Also, Idiots, Darwin Award Candidates, etc. And also people to avoid- you never, ever leave a loaded firearm unattended without turning the safety on first. (along with unloading it, which is the more responsible thing to do.)

From another story it was the passenger who was killed in the passengers seat. I’m sure the cops are competent but doesn’t the dog always get blamed? Maybe the it was the other guy that farted.

Smith entered the passenger seat of a pickup truck that had hunting gear, a loaded rifle, and a dog in the back, according to the Sheriff’s office. It was then that the dog, who belonged to the owner of the truck, “stepped on the rifle causing the weapon to discharge,” the statement said.

The shooting occurred north of the city of Gueda Springs, on the 1600 Block of East 80th Street South. The driver was unharmed, 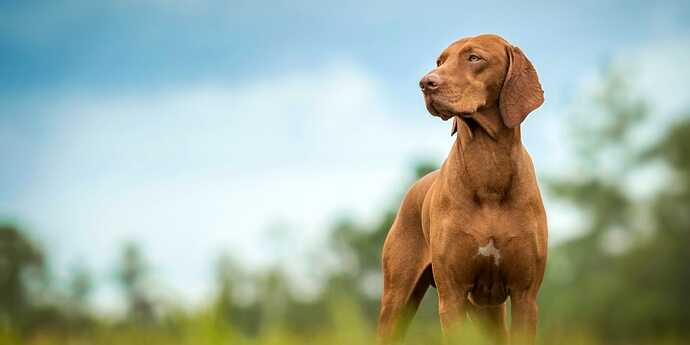 A dog shot and killed a Kansas man after accidentally stepping on a loaded...

The man died on the scene minutes after emergency responders performed CPR on him, according to the Sumner County Sheriff's Office.

And from that article I found this. 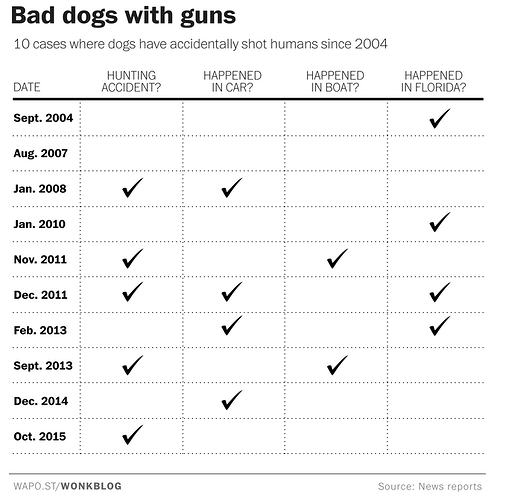 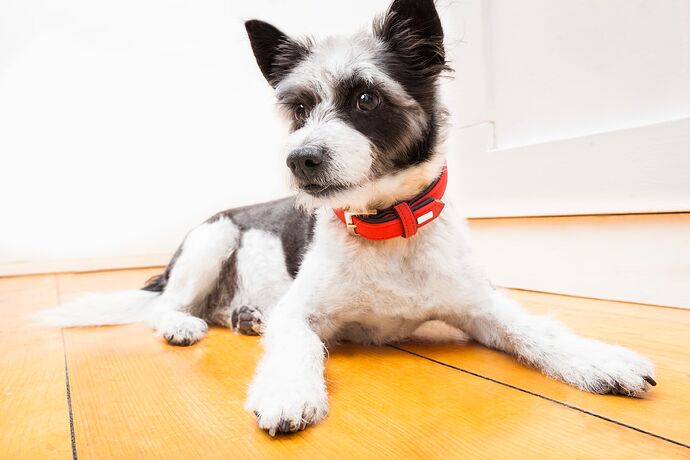 In the past five years, at least six Americans have been shot by dogs