What’s funny is that there was a lot of resistance to the TPP across the political spectrum, which is really why it’s dead–there isn’t a solid block of support to pass it. Not everyone would agree on what were the worst aspects of it, but there was something for everyone to dislike. There was some fear that it might come up for a lame duck vote, but that’s been taken off the table, and Trump says he won’t revive it. What horrors he might come up with in its place is yet to be seen.

Now we have to turn our attention to the TTIP, which is still limping along out there.

We got that going for us, I think…

The worst part is that these “trade agreements” are such obvious trojan horses that, to me, it clearly demonstrates either insanity or corruption that anyone with decision making authority could take them seriously.

Is it dead? I thought it was just going forward in a slightly different form, just without the USA? So if it does happen ALL of the benefits will go to the people Trump owes money to in China, and no jobs will be returning to the extinct industries here that Trump promised. Sorry to be cynical about it, but if we were going to be screwed by the TPP, we just may be getting screwed much, much, much worse without it.

The TPP can come into force in two ways. The first:

Of course, the TPP is not an uncontroversial free-trade agreement. In each and every member state, there is considerable opposition from domestic interest groups and stakeholders. It’s entirely possible that some states that agreed to participate in the talks and agreed on Monday to the finalized text could end up failing to ratify the agreement. That’s where the second mode of entry into force comes into play. If two years elapse and all signatories still haven’t ratified the agreement, the following conditions need to exist in order for the TPP to come into force:

That last clause is important. The United States and Japan between them represent just shy of 80 percent of the GDP of the twelve original TPP signatories (specifically, the U.S. represents nearly 62 percent of TPP GDP and Japan accounts for 17 percent). Basically, the TPP can’t come into force if either of these states fail to ratify the agreement in their domestic legislatures because there would be no way for the remaining signatories to fulfill the 85 percent of GDP requirement (even if the United States and all states but Japan ratify, the eleven would stand at 83 percent of GDP).

If the election of Trump was only a tiny part, then I suppose the TPP would be dead if Clinton had won the election as well.

But hasn’t China said that something almost exactly like it is going to be pushed without the USA? And won’t the other countries see this as a yuuuuuge opportunity to step into the void left by the isolationist Trump administration?

And CETA - please, CETA!! (Which is just a backdoor entry to Europe via Canada for any US corporate vandals temporarily slowed if TTIP gets killed.) 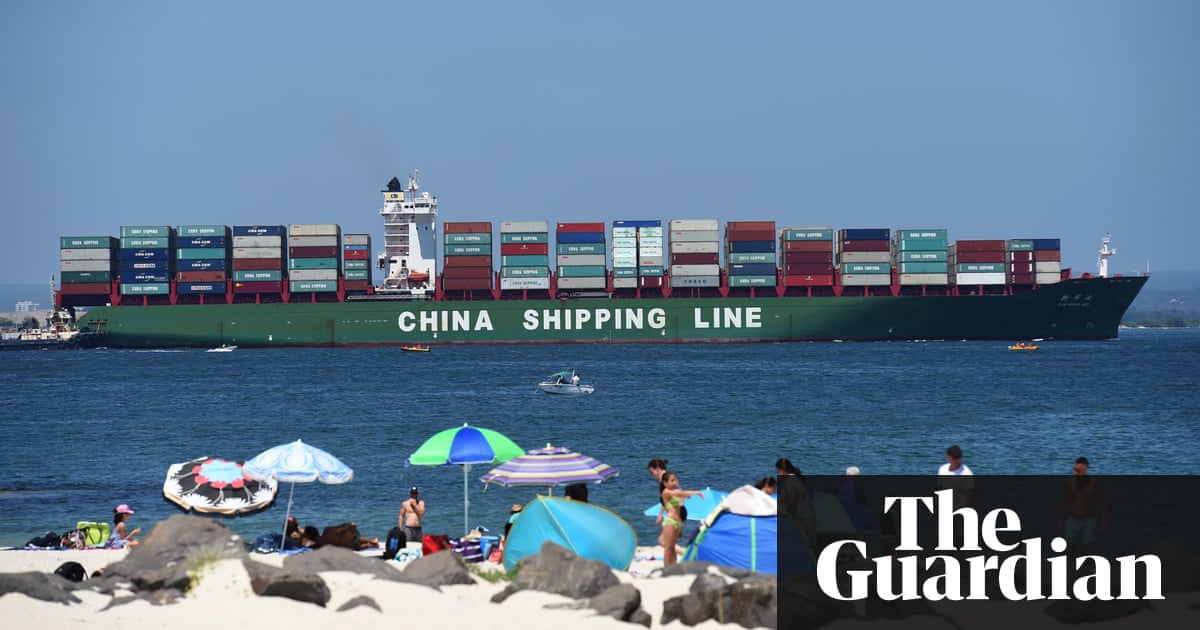 Also this, which isn’t quite related: 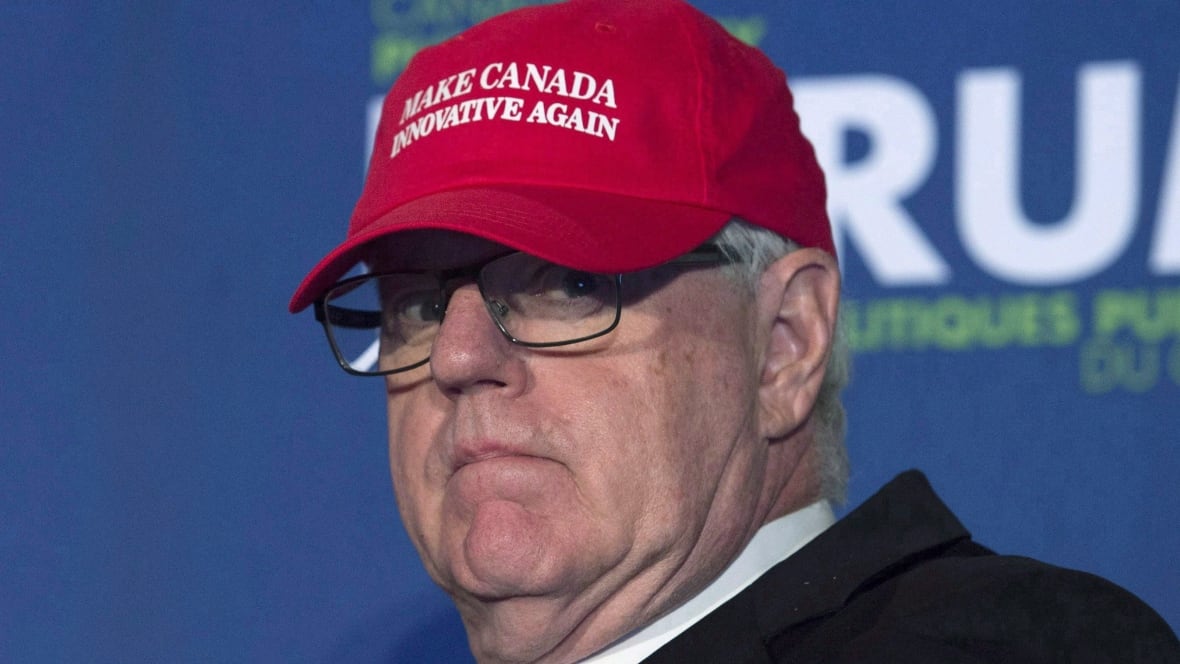 A former Liberal cabinet minister and leader of a major Canadian business group says Donald Trump's impending presidency poses an economic threat to Canada that's on par with the 9-11 attacks on the United States.

But big business couldn’t resist the urge to abuse the extreme secrecy surrounding the TPP negotiations to stuff the pact with a wishlist for policies they knew they could never pass through traditional means.

Of course the Obama administration was happy to let them, and then push hard for the agreement.

Wait, you mean to tell me the President-Elect doesn’t have the power to set trade policy? Then who does? It’s not as if we already had a President or anything. That’s why the SCOTUS is down to eight, right?

If the election of Trump was only a tiny part, then I suppose the TPP would be dead if Clinton had won the election as well.

Her most recent position was that she opposed it.

So, if Clinton were to keep her election promises, yes, it would have been dead.

Whether she would have broken her promise and ratified the TPP is impossible to answer definitively, and I don’t think that anyone is going to change any minds at this point, so I don’t think there’s a point in discussing it.

That was the main reason Obama kept pushing for the deal–to push back against China. But he was willing to give away a lot to get there, and then push for a fast-track all-or-nothing deal. Without being able to shape the deal to get political support, he gets nothing.

It’s pretty arrogant to think that the US not joining a trade deal will kill it if there is still global corporate interest. Just because the swing for the fences didn’t work doesn’t mean that it will go away for long, especially with the big increases in income seen in China that will cause China to outsource labor to other countries and seek more elaborate trade deals.

I’m still not convinced it is dead inside the US even with the public position against it, because Trump is 100% the guy that will say TPP was disastrous but the TRUMP™ trade deal I am personally negotiating is the best trade deal the world has ever seen.

Call me a pessimist, but free trade isn’t going to die so long as there is an Ethiopia so desperate for any business that Ivanka will ship her shoe business to.

That is the thing.

Between the TPP (and its shove-it-down-their-throats introduction) and the administration’s aggressive pursuit of whistleblowers, my hopes for Obama’s achievements took a brutal pounding. I hope the man writes, or contributes to a biography someday that sheds some light on what he was thinking.

But they’ve only got a tiny part of the story. … I’ve got an op-ed in The Guardian today

How did I just know that we’d go from headline hyperbole to self promotion so quickly?

It’s not a Doctorow op-ed, though.

The problem with all these trade agreements is that they are negotiated in secret.
Why? All the negotiators already know what is involved. It is what Bismarck said about politics being like making sausage.
You really don’t want to know what goes in to it.

If most people knew what is involved they would be opposed to it. Tariffs are not really that high anymore,
really cutting the “red tape” means usually reducing environmental, safety, labour protections etc…
It is more like giving a pollution pass to corporations who can then sue the government if they get fined for polluting.

Let’s have trade agreements negotiated openly, and include, environmental, safety and labour concerns as well.
And include consumers, citizens and not just technocrats and corporations.

it was always about big business. Back in the 80s when Reagan and Thatcher came in with the market revolution it was all about de-regulating finance so you can move capital around, and globalizing production while labour stays put (try striking now, were off to Texas and then China). That’s how you get the stagnation of the middle class and in the end Trumpism when all those former rustbelt factory workers now labour in walmart or amazon warehouses for minimum wage.