Everyone in the media is pointing out that he’s last night’s undisputed biggest loser and laughing about it. That’s not something a pathological narcissist will accept with grace and equanimity.

a tantrum by the big orange baby. so unexpected! he should lay down with a nice warm bottle of diet coke and relax until the indictments.

Sadly (for everyone, but in different ways), a weak showing for his supporters and a good showing for DeSantis in FL means it’s now more likely DeSantis runs in 2024, the opposite of what [expletive deleted] wanted.

Also, it sounds like he was planning to take credit for the red tide and use that to announce he was ready to be president again, and so much for that.

By the way, Trump staffers…you know you don’t have to put up with an abusive boss who screams at you, right? You can quit. At this point I think it would be better for your career anyway. 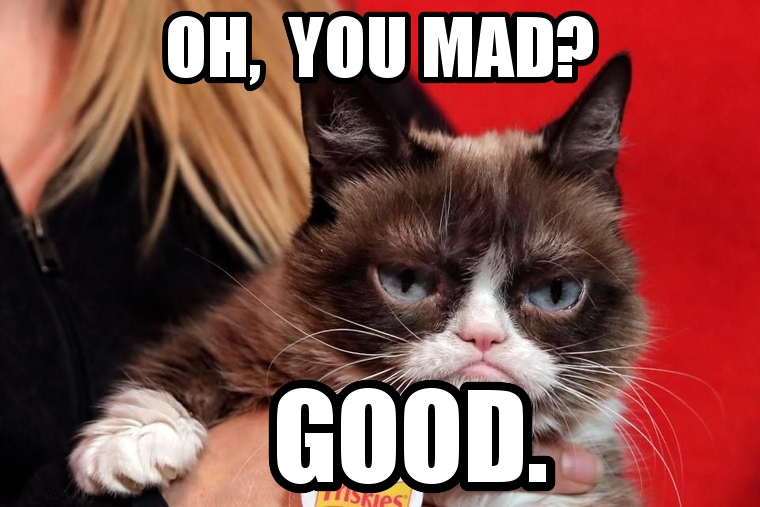 DeSantis was always going to run in 2024. His victory in Florida last night is another reminder to Biff that his star is fading within the GOP. It’s all about ratings and popularity for von Clownstick, to the point where I doubt it registers for him that De Santis is a more competent (and, obviously for us, more dangerous) fascist leader.

In most mid-term elections, the party of the sitting President gets CRUSHED. Trump himself is the reason that this did not happen. The GQP was paying his legal fees, on the condition that he not announce his run for president until after the mid-term election, but since everybody knew that he was running, we got to see exactly how badly he has destroyed the once proud Republican Party, by remaking it in his own image. Imagine how much worse it would have been if he had actually declared earlier. He’s going to blame everyone he hates, and try to throw them under the bus, but HE is the author of this catastrophe.

Trump is indeed furious this morning, particularly about Mehmet Oz, and is blaming everyone who advised him to back Oz – including his wife, describing it as not her best decision, according to people close to him.

Definitely not her worst decision.

Oh yeah. Dr. T was obviousl trying to put the squeeze on him to not run against him, but this just makes it clear to all that he no longer has the leverage.

But Trumpo, for all his glaring deficiencies as a human being, is only a lightning rod which attracts the glowering resentment of the substantial part of the population who feel themselves let down by government in various respects, fairly or not.

“Trump is indeed furious this morning, particularly about Mehmet Oz, and is blaming everyone who advised him to back Oz – including his wife, describing it as not her best decision, according to people close to him.”

I can think of one other decision she made about 20 years ago that was worse.

During his one-term twice impeached presidency, the failed kingmaker tried to

Genuinely curious if any results were changed by the preventable COVID deaths of so many vaccine-deniers on the right in the past couple years. I hope so. Hmmm…

Hey, Trump, you’re upset about Dr. Oz losing, right? It’s time to take your revenge on him by convincing your base to completely abandon modern medicine- germ theory, surgery, pills, shots, bandages, the whole deal. Get them to outright refuse all that stuff that doctors represent. That’ll show him!