now we need news that’s bad for both of them

Murdoch will turn on anyone in a split second if they’re not delivering on his core agenda of delivering tax cuts to the ultra-wealthy and deregulation to corporate “persons”. Now Rupert’s moving on to a different fascist as a means toward those ends while Biff throws a tantrum because someone else’s name gets more mentions than his.

The great orange whale is sinking and the immediate reaction is to find another strongman to s***off.

Hurricane Nicole is headed for Florida. I don’t know how strong it’ll be when it passes near Mar-a-Lago but Trump has been encouraged to evacuate. I also don’t know how much damage it’s projected to do to the state.

Why learn a hard lesson about trusting an authoritarian strongman’s simplistic and appealing claims about the cause of, and solution to, all your problems when you could just conclude that the old one must have actually been weak and go look for someone newer and more abusive?

Trump has been encouraged to evacuate 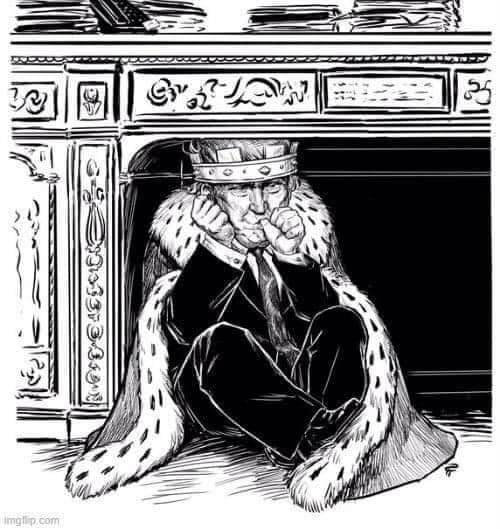 Not as much damage as he’s done to the country / world, that’s for sure 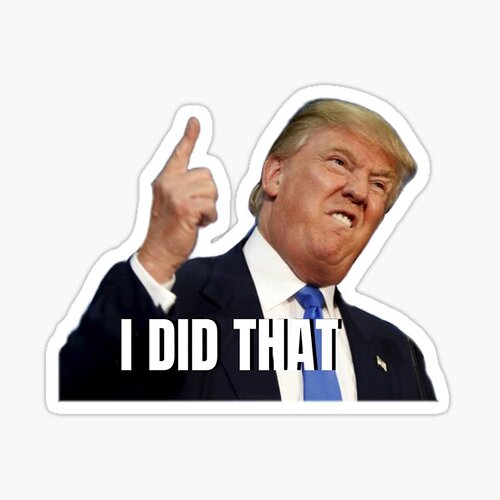 Hurricane Nicole is headed for Florida. I don’t know how strong it’ll be when it passes near Mar-a-Lago but Trump has been encouraged to evacuate.

Awww too bad for Tiffany: 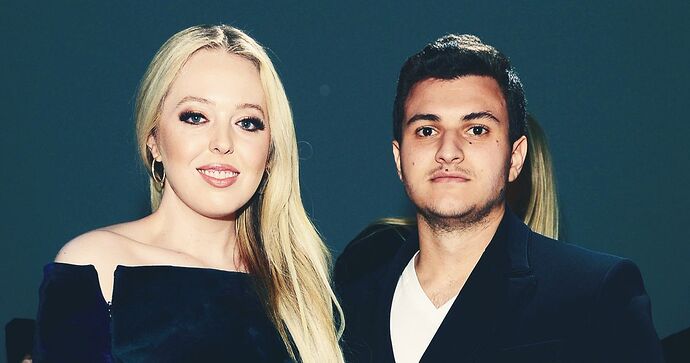 Tiffany Trump Is Getting Married at Mar-a-Lago This Weekend

Congrats to the one adult Trump child not currently being sued for fraud.

Maybe they can clear the seaweed, dead fish and soaked intel docs by then.

In regards to FoxNews surely there are a few newsstands in front of FOX NY Studios: 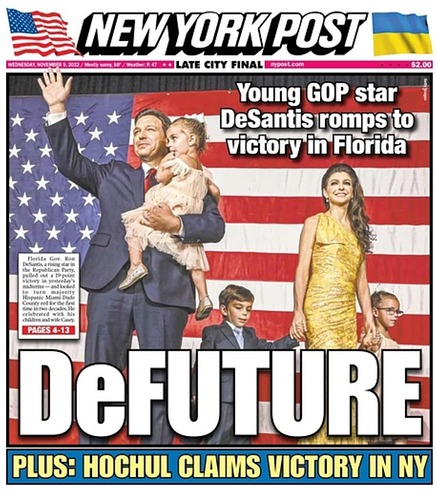 Maybe someone could hold up a few in front of their windows during a broadcast. trump would love it!

Given that DeSantis drew his own gerrymandering district lines, and is the incumbent, and we’re talking about Flori-duh, is it really that surprising he won? 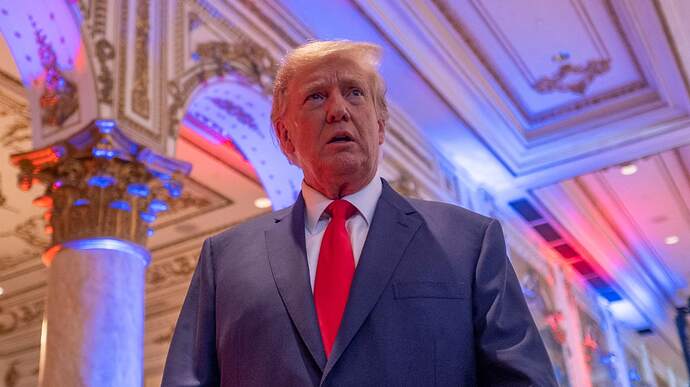 Republicans should stop backing the former president if they want the party to thrive, she added.

There’s something about the pose in that photo, I can’t quite put my finger on it… 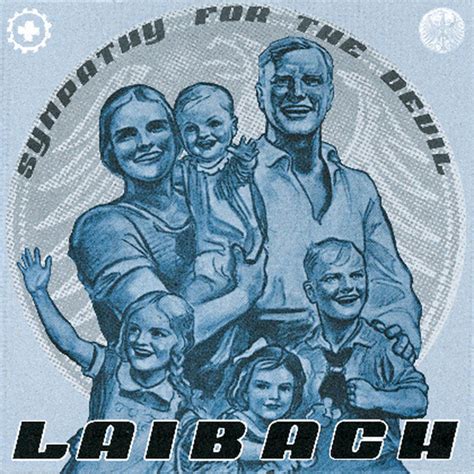 I suppose that, compared to the real gerontocracy over in the senate, it’s not false;but it’s somewhat jarring to see a 44 year old outright described as ‘young’, especially when that’s still a decent bit above the median age of the population overall.

I’m going to assume that they will take the wrong message from the results and double down on their abominable behaviour.

Here comes the normalization of DeFascist and the slow shoving Trump down the memory hole, brought out only when it serves the narrative that “the dems are actually the ones doing all the things they accuse us of”, which seems to be the favorite.