Donnie calling himself out again.

“you will not be treated like you have been in New York, Seattle, or Minneapolis…I will hide at you so hard from inside my bunker!”

Yup, that would be the Nazis and Fascists. We need to stop them. I am glad the mayor recognizes this need.

He desperately, achingly wants there to be a police riot and wants his Sturmabteilung to be a part of it.
Jesus, he might as well call himself Hedley and get it over with.

The curfew affects the area from Archer Street to Sixth Street between Houston Avenue and Boulder Avenue. The people camped outside the BOK Center waiting to get into the rally were being moved out.

They’re shifting the Trump supporters who’ve been there since yesterday. 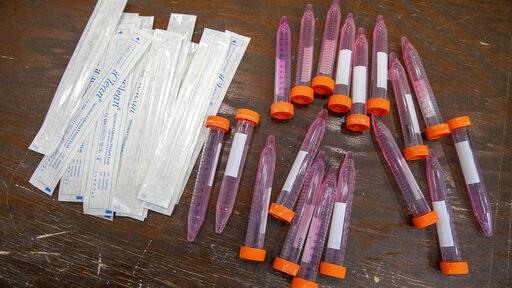 Thursday's numbers, which include the highest daily count since the pandemic began, leaves the state with 9,354 cases overall, with more than 1,100 of those coming since Sunday.

I’d be careful Donnie - there’s lots of ramps in that city.

He forgot to specifically disinvite antifa. Now they will all show up and antifa all over the place.

He’s such a tough brave cowboy! And not in any way a glistening nug of sticky wet cat shit forgotten in a toothless hillbilly’s beard.

Can we pass a federal law that makes it clear a city cannot institute a curfew as a means to stifle public demonstration or purely as an excuse to arrest people engaged in otherwise legal behavior.
This curfew bullshit is not compatible with democracy

In my opinion, the best way for Trump supporters to show they are united behind their leader and know the whole COVID thing is a liberal hoax is to all have a synchronized make out moment during the rally. Kind of like they do in some churches when congregants turn to others around them and shake hands. But in this case the passion would be raised a level by an exchange of bodily fluids.

Of course they could quarantine the entire convention center as the rally takes place and keep them all there for 2 weeks. Food and sanitation optional. Treat them like children at border detention centers.

Peace be (cough cough) upon you…