Based on today’s news I’ll amend my earlier speculation to say that not only does Musk want to drive away Tesla’s board of directors but also its key executives: 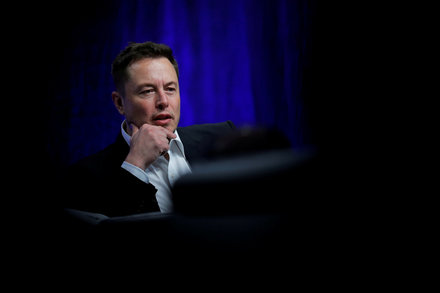 Tesla Shaken by a Departure and What Elon Musk Was Smoking

The head of accounting departed weeks after he arrived, and the company’s chief held forth in a webcast punctuated by his apparent puffs on a joint.

Why can’t middle-aged men just be comfortable in their male pattern baldness?

If your staff reports they regular find you napping at the office, you might need to take a vacation.

If you become tearful and emotional during interviews when you think about how little time you spend with your wife and children, you might need to take a vacation.

If you continue to revisit spurious accusations of pedophilia against a heroic cave diver who once mocked your self-aggrandizing plan to “help” with a high-profile rescue, you might need a vacation.

If you are CEO of a publicly traded company, don’t take your weed-smoking vacation on YouTube.

All the cannabis smoking in the world still won’t change the fact that Elon Musk is an asshole.

As far as I’m concerned, hanging out with Joe Rogan is more of a disqualifying behavior than smoking a fat blunt.

As far as I am concerned 99% of the time what is good for the market is bad for humanity. So fuck them.

So:
This is okay:
“Hey, go buy this great pot paraphenalia I use”

I had to look up Joe Rogan, so I must not get out much on the inter webs or something… well, he’s no Alex Jones for sure.

Maybe not the brightest idea for Elon to partake of the sacrament on the u of tubes, but, really, it is no different than having a glass of wine or a tumbler of spirits. He should slow down a bit, get some rest, some perspective, go visit an island or something. mb sail around in circles for a couple days. Also, exercise! Great for the whole mind/body thing (we’re not all uploads yet! or are we? (cough)

Let’s get back to shippin cars and flyin to Mars!

(note also had to look up the word “edgelord”, I sorta got it before, but… shrug)

I started listening to this interview on my way to work this morning and it’s not great. Elon Musk seems kind of boring or maybe just bored. Rogan talks and talks and talks. I wouldn’t be surprised if Rogan uttered 5x as many words as Musk.

Every nerve fiber in my body is screaming at me that this video should reasonably be making me relatively more skeptical about Elon Musk, and yet after having watched it, i somehow feel that he is weirdly more endearing for having chatted about fuck-knows-what with Joe bloody Rogan and taking a nonchalant hit off a spliff. I actually like the guy a little bit more. I think.

I enjoy Joe Rogan. He’s pretty funny in his stand up. I don’t chronically listen to his show (see what I did there), but I’ve listened to some and enjoy it. I like that he doesn’t seem to have an agenda, he’s just talking. Even though he has his opinions he’s more than wiling to listen to others and concede points. It’s more honest discourse from him than some of the pundits he has on there.

There’s something going on. It’s an interesting move on his part, could be to push down stock like that classic Ford move. ( Drove down his own stock price so he could buy it up himself )

I’m listening to the interview now. Weird guy, definitely not personable. He seems like an engineer the way he talks about stuff. I was expecting more of a self-promoting business type. He’s downright dismissive of some of his own projects. The tunnel ( it’s just a pit ), The flame thrower ( it’s a terrible idea)

There’s a lot of hate for him here… I won’t hop on that bus. I find him interesting. As far as zottas go, he’s at least doing interesting things - that could lead to good change. ( Solar, Energy storage, electric transport )

I had to look up Joe Rogan, so I must not get out much on the inter webs or something… well, he’s no Alex Jones for sure.

He’s kind of a sophomoric knucklehead, intellectually curious but not really discriminating about who he’ll take seriously. Nowhere near Alex Jones but even farther away from Ted Koppel or Dick Cavett.

Like most of the cast of the late great “NewsRadio” he’s also a very funny person.

Yeah, there’s something going on. I really want to know what his golden parachute looks like, 'cuz I don’t think he’s gonna be there much longer.

I had to look up Joe Rogan,

He used to be on the sitcom NewsRadio, then he was a stand up comedian, then a ‘reality tv’ show host… and now, I guess he’s a professional douchebag.

He’s barreling in “insane mode” towards certifiably Howard Hughes-grade crazy pants territory, but I really hope he doesn’t implode because the future.