Even Bannon gets Trump'd in the back

Originally published at: Even Bannon gets Trump'd in the back | Boing Boing

He should have been jailed long ago.

But everyone sticking by Trump should have learned this lesson long ago. Cut a deal while you still can.

On my 7th grade homeroom wall:

Guys like Bannon seem to have put in all the due diligence about working for Biff that Musk did with Twitter. You have to have been in a coma for 40 years not to know that von Clownstick has been stiffing and betraying people who work for him since the 1980s.

There’s no one who didn’t see this coming except for Bannon. Even his lawyer was all “they’re definitely setting you up Steve, watch yo back” in response to Trump’s lawyer instructing them to “invoke all the privileges you think you have”.

“I never said that.”

He’s set to appear on Monday.

Interns are laying out plastic sheets and hanging air fresheners as we speak to cover the stench.

How it is going: 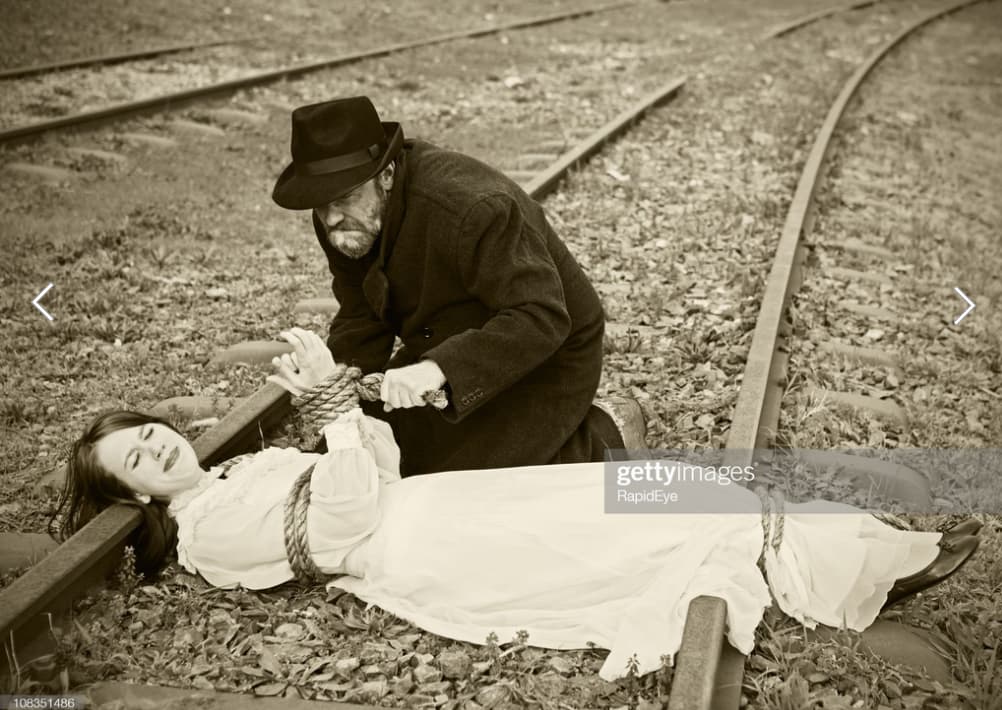 Despite all the previous examples of being treated like a used tissue when you no longer have any value to the ex- commander-in-cheeto, there are still a number of people who are convinced they won’t meet the same fate. they will, and be replaced with more temporary “great people” until it is their turn to be screwed over. that is the reality in the inner maga circle, obvious to all but them. But maybe these hearings will finally switch the light on for some of those who have truths to tell – that they had better get out in front of it before it’s too late. maybe.

All these Trump clowns think that they’re the smartest man in the room. Maybe he’s Superman in a phone booth, but he’s in a very large room now.

Unfortunately live testimony from him will be a train wreck of showboating, shouting and outright lies. He testifies in private and they edit the video, or he’s just providing footage for Fox News to cherry pick, and talking points for the conservative echo chamber to force into the zeitgeist like Play-Doh through the holes of a colander.

The scum rose to the top, but is slowly being skimmed away.

You have to have been in a coma for 40 years not to know that von Clownstick has been stiffing and betraying people who work for him since the 1980s.

“But it’ll be different for me! I’m the one he really likes! I’ll have his full trust, and I’ll finally be on top! Nothing’s ever gonna bring me down!”

I read a guy on the Internets who says the only good thing about Trump is how he always humiliates his most desperate sycophants.

Again: Trump is the proverbial bus.

Teeth eyes nearly got me on this one. Love 'em.

Didn’t he already get dumped on once already once cheeto got into office?

I think if they wanted a psycopath giving them public pushback, they’d have let Gym Jordan on the Commission. I can’t imagine they let him do it as a public spectacle. But then again, who would suspect a sitting president would want
Bannon as an advisor, so what do I know.

Huh, this is an interesting angle on it - what I’d been hearing so far made it seem like Trump was pushing Bannon to testify in order to have someone in the process telling the narrative that he wanted spread. (When he wasn’t taking the 5th, presumably.) Bannon wanted to testify live obviously only so he could grandstand. So it seemed less like a betrayal and intended more as a closely coordinated attack on the committee by Bannon and Trump.

Either way, it’ll be interesting to see how Bannon either totally fails to spin this or ends up incriminating himself (or Trump) either through his evidence or by perjuring himself. 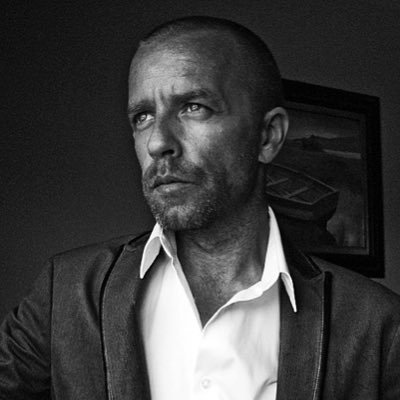 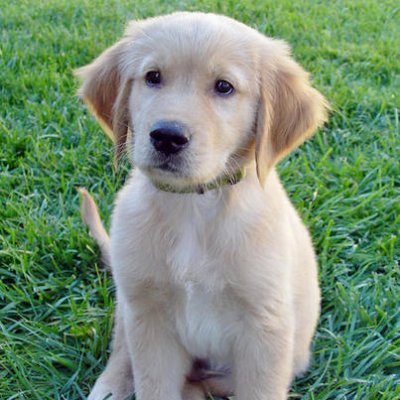 @nycsouthpaw
DOJ coming in hot with a filing after midnight saying the FBI interviewed a Trump lawyer and determined Bannon’s counsel lied to the J6 Committee. documentcloud.org/documents/2208… https://t.co/RlFOFUgV88 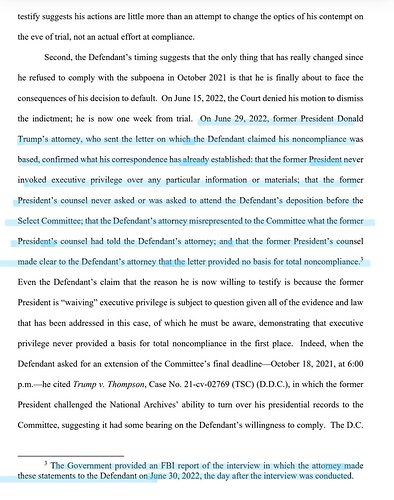 @nycsouthpaw
They also make a point I’m quite sympathetic to. https://t.co/15QBi1gj4G 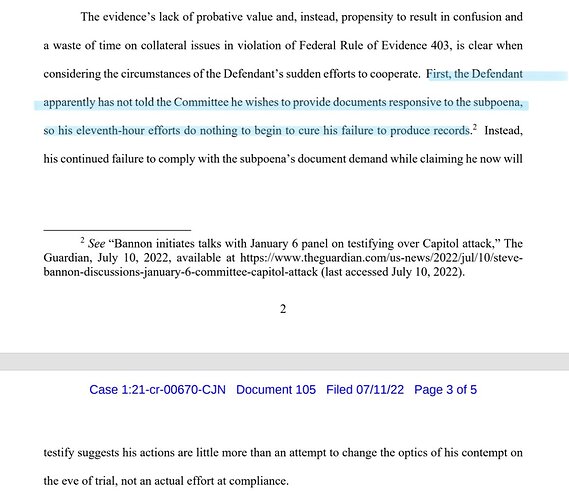 Screenwriter Guy: But the former President has absolutely no plans to save Bannon’s ass, not that he could in the first place.