Putin has become a real role model for members of the death cult party, to the point where you can take “GOP” out of the headline and still know immediately which party this thug belongs to.

you can take “GOP” out of the headline and still know immediately which party this thug belongs to.

But leave it in, for those who keep saying all politicians are alike.

Well that was disgusting. But not surprising…

Wow, now they are threatening their own.

Religious wars are always most vicious when it comes to maintaining internal purity. The heathens are much less of a threat than the heretic or not quite sufficiently pure within the sect. And this is absolutely a religious war at this point. It has little or nothing to o with politics, and everything to do with the cult of personality that has grown around Il Douche.

Honestly, politics aside, this is pretty scary for the Luna woman. I know nothing about her, but that assassination crap is awful and must be hellish for her and her family.

She had Trump’s (and therefore Putin’s) endorsement, so one assumes the whole Russian hit squad thing was a bunch of crap. Still scary, granted.

This is amazing in that he is clearly like that kid in 8th grade who was like, “GUYS, I totally have had sex 328 times - IM NOT MAKING THIS UP”. Clearly he’s roleplaying in his own head.

But, it’s also a legit death threat and he could still get in the normal amount of trouble.

She had Trump’s (and therefore Putin’s) endorsement, so one assumes the whole Russian hit squad thing was a bunch of crap.

Putin’s gambit is not one of allegiance or loyalty, but of discord. trump thinks he is Putin’s peer when he is, in fact his pawn. trump’s own sense that loyalty is a function of power and not adoration is why he doesn’t get that he is just as expendable to Putin as the insurrectionists were to him.

Ok, I got through it all. WOW.

So this is either a huge viable threat - or a guy making baseless threats hoping to be taken seriously. “Russian and Ukrainian Hit Squad” sounds like part of a movie (though I am sure they exist.)

So my other question - he talks about resources and things beyond his control - who the fuck is pulling his strings?

those who keep saying all politicians are alike.

I really don’t understand how they turned left wingers saying that “both major parties are capitalist, but they defend capitalism in different ways” into “both parties are the same”.

Of course they aren’t even that now, I don’t think the Republicans as a party care about capitalism any more as they are more interested in theocracy, feudalism and fascism.

he doesn’t get that he is just as expendable to Putin as the insurrectionists were to him.

Or, you know… his children:

Cohen said Trump said, “If one of the two has to end up going [to prison], let it be Don. He can handle it.” 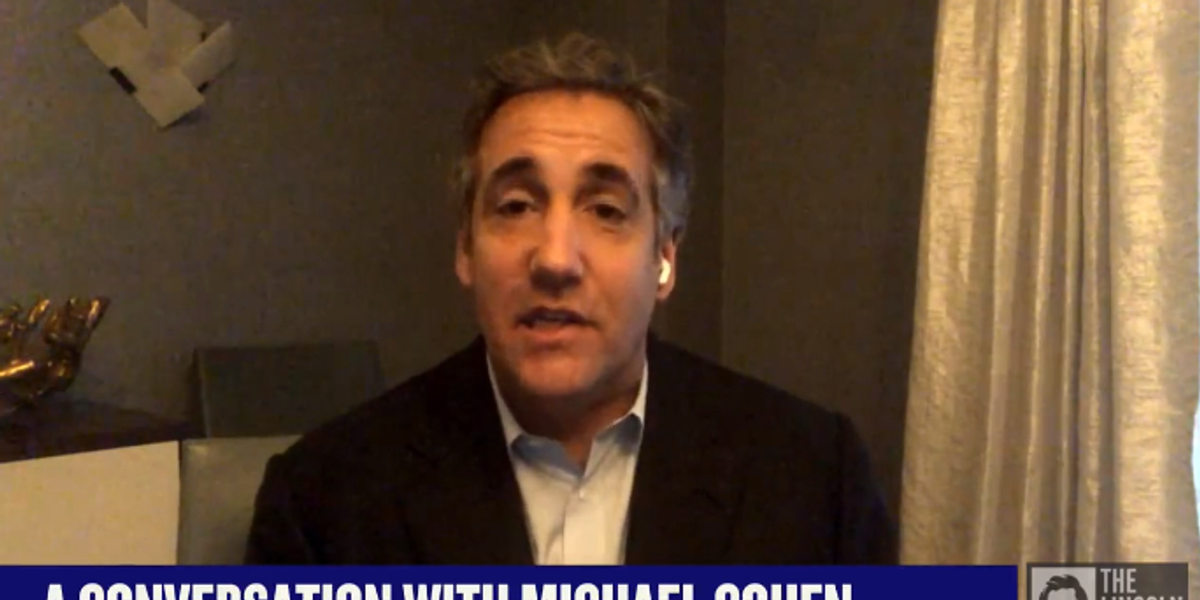 Who Wants To Listen to Michael Cohen Talk Hilarious Sh*t About Donald Trump?

ETA: He really thinks Don Jr can “handle it”? Hahahaha. Let’s find out!

One get’s the ugly impression that not all uses of the trump/god emperor of mankind meme are ironic; and probably 30+ percent of 40k flavortext is about how purging the heretic is even more serious business than purging the Xeno.

“I do TOO have a girlfriend, she’s from Canada, you probably won’t get a chance to meet her. Also, my dad can beat up your dad, my uncle works for Nintendo, and I can have a Russian hit squad here in like… 20 minutes.”
/repeatedly tries and fails to snap fingers

I really don’t understand how they turned left wingers saying that “both major parties are capitalist, but they defend capitalism in different ways” into “both parties are the same”.

They are usually white cis-het male Libertarians, who have no skin in the game and are nothing without the bad-faith tactics they learned in HS debate club.

Yeah, either totally not ironic or so completely ironic that we can’t tell the difference.

(Also, isn’t “the new Jesus” about as heretical as a Christian can get?)

I’m looking forward to the design of the debate stage where one of the candidates is not allowed to come within a specified distance of the other, assuming the restraining order is still in effect or renewed.