Fox focuses its frozen food heir on the M&M crisis

Having trouble keeping my face straight so I can type.
I simply have problems believing that Cucker remembers to breathe every few seconds.

It’s so churlish for a well-paid lackey to express distaste for the task assigned to him by his master.

[a complaint often heard in his parents’ stately manor]

Give the man some credit for honesty:

“And we’re gonna cover that, because…that’s what we do.”

I will die happy if this is what finally brings Tuckleson down.

There’s someone constantly calling ‘in, out, in out’ into his earpiece.

I’m impressed that Liar Tuck can manage to spew forth so much verbal diarrhea in his sleep without choking on it. [Since he would object strenuously to any attempts to paint him as “woke” I guess that means that he’s “asleep”, right?]

Tucker Carlson, “There is even a plus-size, obese Purple M&M…”

Isn’t that a purple Peanut M&M? I mean, it isn’t hard to research, Tucker; just slide that ol’ purple bean in to your mouth and suck. It is all about the mouthfeel. 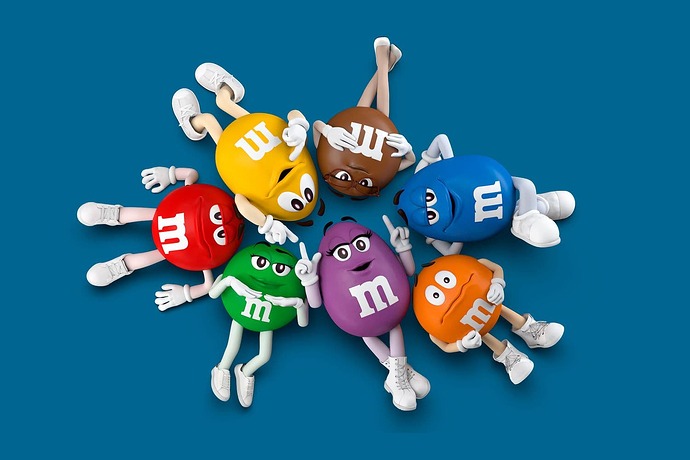 Tucker Carlson, “There is even a plus-size, obese Purple M&M…”

the other two peanut M&Ms are now going, “…wait – who the hell are you calling ‘obese’??”

In related news, Tucker Carlson discovers a previously unsuspected nut allergy that left him with a broken nose, a fat lip and two black eyes.

"According to M&M’s parent company, Mars, Purple is “designed to represent acceptance and inclusivity.” She is charming and quirky, wears trendy lace-up boots and is “known for her earnest self-authenticity and confidence.”

If you’re wondering exactly what inclusivity and confidence look like for a purple peanut M&M, the answer is clear in Purple’s debut music video and single, “I’m Just Gonna Be Me.” Some of that charm and confidence comes from being voiced by Amber Ruffin, author, comedian, host of The Amber Ruffin Show and writer for Late Night with Seth Meyers." 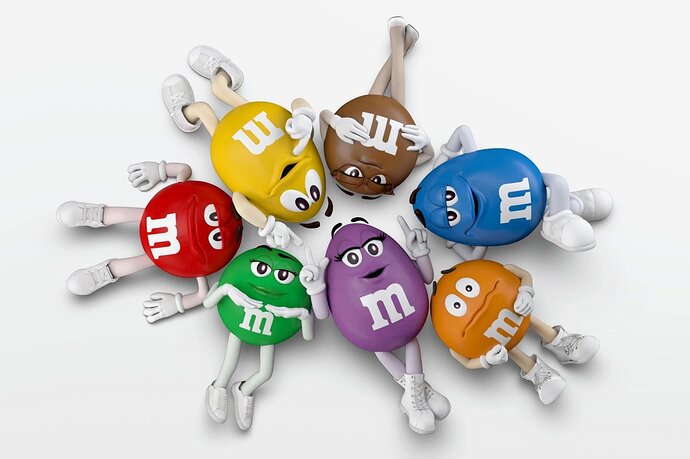 Are Purple M&M’s Being Added to Your Favorite Chocolate?

The new purple M&M is a fun addition to the candy crew, but you won't find her in stores. Here's what to know about M&M's new character.

As always with fox news, the time and energy taken to even parse what nonsense they’re spouting now was not worth it.

There are no slim M&Ms! They are all some variation of round. Who would buy M&M Sticks?

Who would buy M&M Sticks?

I’m not holding my breath for change from this angle; but I can’t help but be surprised that Fox viewers aren’t upset at having such a pitifully low quality of things to be upset about.

Indulging righteous anger against one dimensional bogeymen constructed to allow even the most morally mediocre among us to be on the side of the righteous without effort is fun and all; but that doesn’t mean that literally anything will do the job. If I’m holding the line for Decency and Common Sense I want an adversary that isn’t so silly that even people who agree with me think I’m being pitifully petty, one alarming enough that even people who agree with me don’t think I’m being a shrill neurotic about it; and one plausible enough that you don’t have to be in exactly the same facebook conspiracy groups as me to refrain from invoking the pepe silva memes whenever I try to talk about it.

I’m…not exactly…seeing those criteria being knocked out of the park here.

That would have to be an allergy to un-toasted nuts, since we all know how he feels about toasted nuts.

You could halve the width by making them n&n’s.