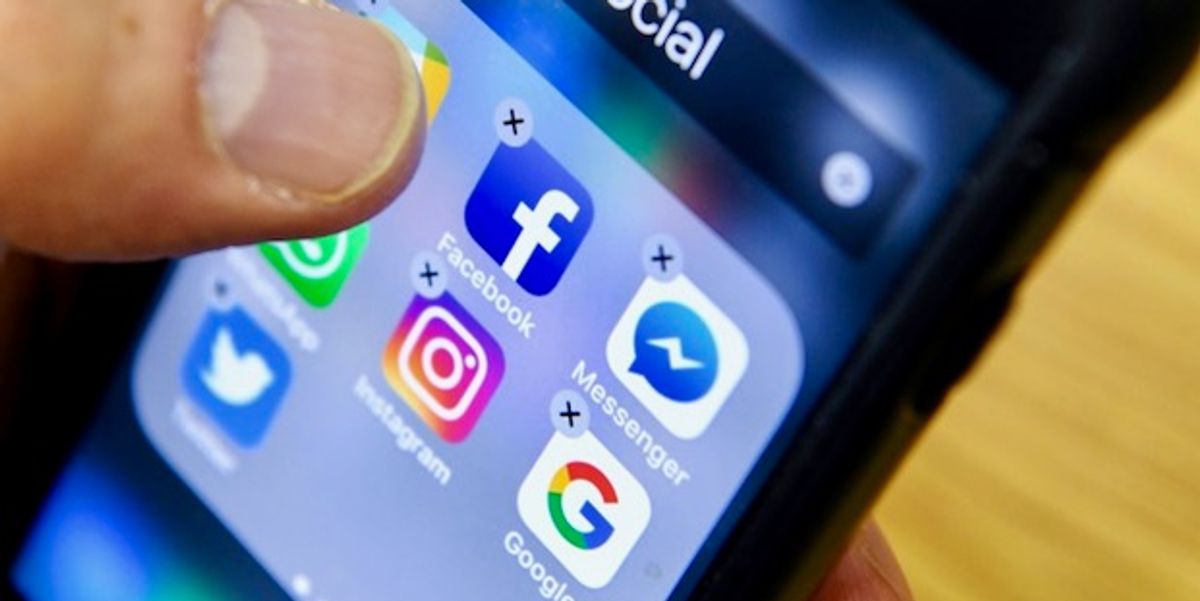 By Andrew Zhang, The Texas Tribune May 11, 2022A federal appeals court on Wednesday reinstated a Republican-backed Texas law that prohibits large social media companies from banning users over their political viewpoints.The decision hands a win to...

The order did not evaluate the law on its constitutionality but instead allows the law to go back into effect while the case proceeds in district court, according to a statement from one of the plaintiff groups. The ruling came from a three-judge panel on the 5th U.S. Circuit Court of Appeals — which is often considered the most conservative appeals court in the country — and was not accompanied by a written opinion explaining the decision at the time of publication.

The law does not provide any specific civil penalties for breaking the law, besides allowing users to sue to recuperate their court costs from the company found in violation. The law also empowers the attorney general to pursue violations.

So, it’s designed to allow users and the Texas AG to harass the companies.

Yep – and all coming from the “pro-business” party.

So, it’s designed to allow users and the Texas AG to harass the companies.

It’s a backup plan so he’ll have something to do after they’ve gotten rid of all the LGBTQI+ folks.

God forfend he use the resources of the AG’s office actually doing the jobs it is supposed to be doing!

OK, in the last 24 hours, we have had 5 positive influenza tests and 3 positive covid tests. And then there is this:

Supply chain issues, recalls, and inflation have all contributed to the shortage.

I guess War and Pestilence were having all the fun, so Famine had to get into the game? Damn, could we please limit it to one disaster at a time?

Found this thread on the whole baby-milk shortage thing:

@moetkacik
So, the origin of the baby formula pocalypse was Abbott management's refusal to repair dilapidated and failure-prone drying machines turning the plant into proverbial petri dishes for cronobacter, because... They needed that $5.73 billion for stock buybacks, obvs https://t.co/GBmn3n4SWn

And the GOP is making the whole situation worse…

Republicans Are Weaponizing the Baby Formula Shortage, While Parents Panic

This formula shortage is far more than a political talking point: It’s proof that widespread support for women and parents is still nearly nonexistent.

It’s a bit more complicated than this. Abbott Labs (Similac) made shit decisions on maintenance at their plant, true, likely leading to the deaths of 2 babies and hospitalization of 2 more, but this did not affect Mead Johnson (Enfamil) which is also in short supply. The shortages predated the recall issue, but was not so severe as to garner a lot of attention (yet). Apparently part of the issue is (surprise surprise) supply chain fragility, labor shortages and, now, panic buying, along with the shutting down of the Abbott manufacturing site. Thus far, the shortages are getting worse month to month and we are left encouraging moms of older kids to transition to solids more rapidly than we generally would, advising moms of younger kids to breastfeed (as we always do, but with more urgency than normal) and those for whom this is not an option, to abandon the idea of sticking with one formula and getting whatever they can get their hands on. Prices are going through the roof, and many of our formula feeding moms are lower income, have to go back to work early, no other option kind of situations. Our WIC office is pulling it’s collective hair out over finding ways around restrictive contracts that limit them to only providing certain formulas. In the end, we just need to feed babies. You would think this was simple. It is not.

They’re already born, so what do they matter?

Not in Atlanta’s budget: money for the city’s first recurring housing fund -...

It was a first for Atlanta. Last December, the city council approved a recurring, local fund for housing. In each year’s budget, it would dedicate a portion of the general […]

This thread explains how bad this social media law is.

@Popehat: Wondering why the Texas social media law is such a big deal for big (over 50M users) social media companies? Let's look at two elements of it -- the "anti-censorship" element, and the enforcement mechanism ...…

An update on this story…

Last December, Atlanta City Council approved a recurring fund for housing that would dedicate a portion of the city’s annual budget to improving and expanding the local supply of affordable […]

This is what decent journalism will do for a community. It puts pressure on people in power and causes them to act in accordance with what they previously promised. I’m glad that WABE were able to cover this story and push to make sure Mayor Dickens kept his promise. As a contributing member, I’m happy I could do a small bit to help make this happen by funding their news room.

As a contributing member, I’m happy I could do a small bit to help make this happen by funding their news room.

This is the best part of the story. I think people underestimate how much even the smallest monthly contribution means to public radio.

Also, Emil Moffat is the best host ever. He does great journalism. WABE and Atlanta are lucky to have him.

ETA: I know that Stephannie Stokes did the original reporting, and Logan Lockner did the follow-up. My comment about Moffat was a “oh, and also . . . .”

I think people underestimate how much even the smallest monthly contribution means to public radio.

Agreed. We started contributing way back when in the early 2000s, and have increased our donations as we could afford to. It’s kind of amazing how much WABE has grown and expanded.

Emil Moffat is the best host ever.

He’s great. They’ve managed to get a great group of reporters who are covering all sorts of things now.

Police are seeking customers who bought milkshakes on certain dates at the restaurant.

The man, a night manager at the restaurant, told police he urinated in the milkshake mixfor sexual gratification at least twice, Vancouver police said in a news release.

I know that we shouldn’t kink-shame people, but just how one finds making unsuspecting people drink your urine arousing confounds me.

I know that we shouldn’t kink-shame people

I have no problem kink shaming this asshole because his kink ignores consent.