Not while driving, please.

You would be missed.

For fuck’s sake how many rings does this circus have?

Giuliani: a Roy Cohn for our times.

negotiate an end to this

How does one negotiate out of a criminal investigation? Does he mean plea bargain?

Does he mean plea bargain?

Send in the clowns!

Enrollment in clown classes has risen 420% since #45 took office and they still can’t crank out enough Bozo’s to fill the need.

Right. So, what’s the over/under for how long until Rudy is indicted for some seriously shady shit?

Over the last few election cycles Giuliani has gotten more and more extreme. He used to be a run of the mill conservative, when you look into Giuliani’s eyes now there’s nothing but a whole lot of bad crazy: 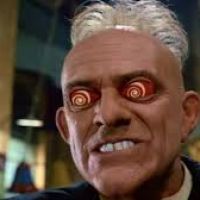 How does one negotiate out of a criminal investigation?

“Well, Mr. President… the good news is that Robert Mueller is no longer heading up the investigation. The bad news is that you now have to face the judgement of Anubis, Incorruptible Guardian of the Scales and ruler of the Underworld. Also, while impeachment is off the table for the moment you may have to face Ammit, devourer of the dead.”

Let’s never, ever let the world forget that Giuliani once dressed in drag so Donald Trump could motorboat his cleavage.

you may have to face Ammit, devourer of the dead.”

Oh, Gods; I sincerely hope there’s an Ammit waiting to consume the worthless souls of these repugnant fucks. 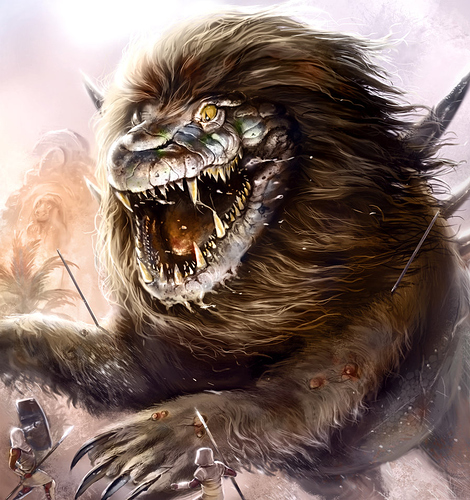 I would have preferred the aide memoire without the visual to be honest.

It may be a little nauseating, but I kind of feel like we need to spread this far and wide so anyone who sees the two of them in the same courtroom can’t think of anything else while Giuliani is talking.

Agreed. I don’t have to like something to understand it may serve a higher purpose

Yeah. Giuliani was a prosecutor at one point. Generally speaking he should understand the only sort of negotiating an end to criminal investigations that you can do involves a guilty plea.

Maybe he thinks he can throw money at it?

More than likely he’s just hitching his name to this bullshit to aggrandize himself. Always Giuliani’s favorite thing.

It’s not a stretch to imagine that Giuliani has some illicit dealings with Trump from before.

The sleazy former mayor of the city our corrupt president is from?

More than likely he’s just hitching his name to this bullshit to aggrandize himself. Always Giuliani’s favorite thing.

One, he wants a pardon for whatever’s about to come out about himself. Showing his “loyalty” this way is his pardon hail mary.

Two, he probably already has a secret book deal, or at least he’s working on getting one, based on whatever comes of his now “insider view” of the administration.