They responded with a fake Anonymous “hack” https://www.independent.co.uk/life-style/gadgets-and-tech/news/daily-stormer-anonymous-hack-cyber-attack-nazi-charlottesville-virginia-godaddy-a7891836.html

GoDaddy and a Pharmaceutical executive are now the good guys?

Times are a changing.

Thery may be Nazis, but they are to be commended for those 8-bit graphics.

Pretty sure they just ripped off Streets of Rage or similar game.

This is what I’m sayin’

Seriously…by 2020 its gonna be a real scene with bottles of coca-cola being passed around while everyone sings kumbaya.

It’s a good thing that’s not what’s happening, isn’t it?

Just informed by @GoDaddy that The Daily Stormer is no longer registered there. They suggest contacting Cloudfare https://www.cloudflare.com/abuse/form

When did Trump nationalise GoDaddy?

Here’s a relevant chunk from GoDaddy’s terms of service:

GoDaddy may also cancel the registration of a domain name … if that name is being used, as determined by GoDaddy in its sole discretion, in association with spam or morally objectionable activities. Morally objectionable activities will include, but not be limited to … Activities designed to encourage unlawful behavior by others, such as hate crimes, terrorism and child pornography …"

I haven’t made a detailed study of Daily Stormer, but it sounds as if ‘encouraging hate crimes’ is probably somewhere in their mission statement, albeit possibly not in those exact words. I’m also willing to bet that GoDaddy has received a pretty constant stream of complaints about them ever since they first registered their domain. Until now, however, they apparently never felt moved to enforce their ToS.

So, yeah, two cheers for GoDaddy for doing the right thing … but what the hell took them so long?

Lies! Of course the hacker group “Anonymous” would have hacked this website by only inserting a new post announcing the hack without removing any of the navigational links to the rest of the site’s/group’s hate.

@Boundegar too
Yes, it’s ripped from Streets of Rage 2

That’s game appropriation! They should have used one of their own:

Ethnic Cleansing is a first-person shooter video game for Microsoft Windows computers, created by the American White nationalist organization National Alliance (and published by its record label Resistance Records) on January 21, 2002. As part of a "Race War", the player controls a neo-Nazi or a Klansman and is tasked with killing stereotypical African-American, Latino, and Jewish enemies, ending with former Israeli Prime Minister Ariel Sharon. Using the Genesis3D engine, the National Alliance cr...

Luckily that’s not what’s actually happening here, but thanks for joining to let everybody know that pearl of wisdom!

Well, GoDaddy isn’t “banning” diddly. They are exercising their right of free association and declining to do business with obvious scum. That’s the right of any free person in our society.

Only governments have the power to ban…that is, to assess criminal or other penalties for things they do not want you to do or say or think or see.

The clue was in the name all along. Der Stürmer (pronounced [deːɐ̯ ˈʃtʏʁmɐ], lit. "The Stormer/Attacker/Striker") was a weekly German tabloid-format newspaper published by Julius Streicher, the Gauleiter of Franconia, from 1923 to the end of World War II, with brief suspensions in publication due to legal difficulties. It was a significant part of Nazi propaganda and was vehemently anti-Semitic. The paper was not an official publication of the Nazi party, but was published privately by Streicher. For this reason, the paper di Unlik... 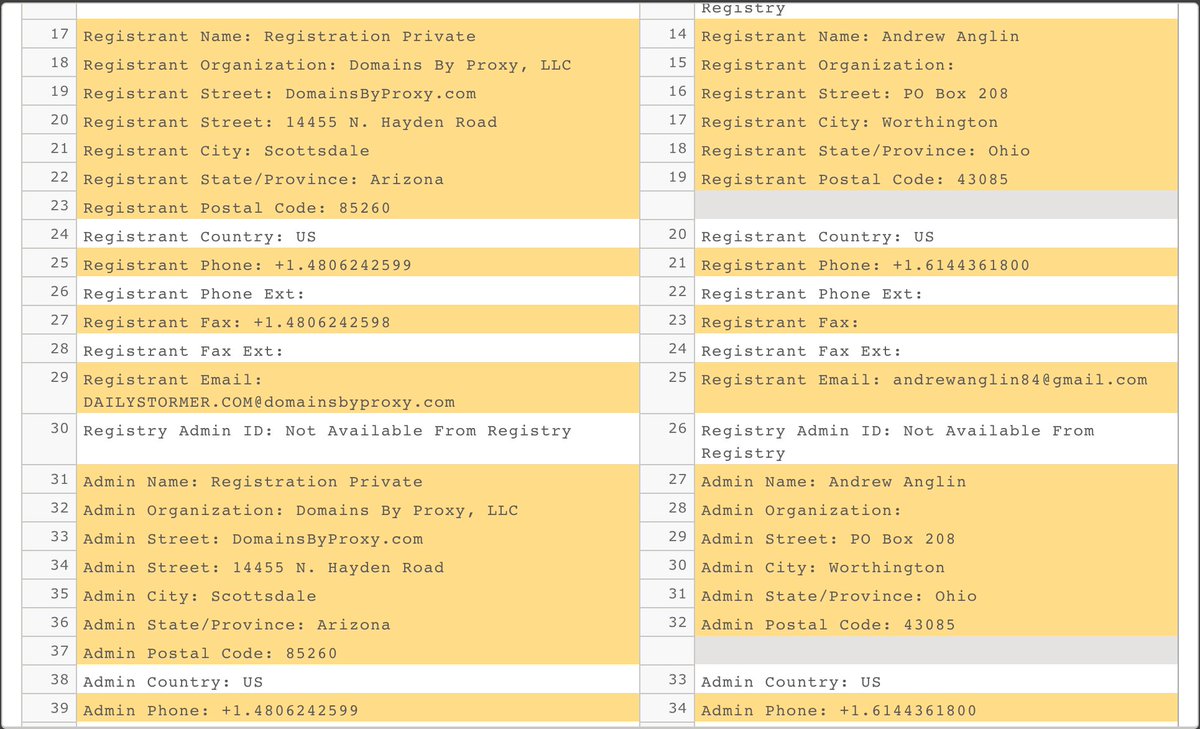 xkcd to the explanation!