This is what happens when you have low voter turnout in a sparsely populated state. You get inbreeds in the Senate.

What the actual fuck with these GOP m/f…

I wish I could say I was shocked by this attitude in the GOP but it’s been that way for a long time now. The party is intellectually, ethically, and morally bankrupt.

For reference, this is what he’s praising:

A big lie (German: große Lüge) is a propaganda technique. The expression was coined by Adolf Hitler, when he dictated his 1925 book Mein Kampf, about the use of a lie so "colossal" that no one would believe that someone "could have the impudence to distort the truth so infamously." Hitler believed the technique was used by Jews to blame Germany's loss in World War I on German general Erich Ludendorff, who was a prominent nationalist and antisemitic political leader in the Weimar Republic. The s...

I dunno, Vlad Putin is hard to beat.

Putin wrong on $400 million to Clinton from Browder partners

Opinion | When it comes to lying, Trump is nonstop 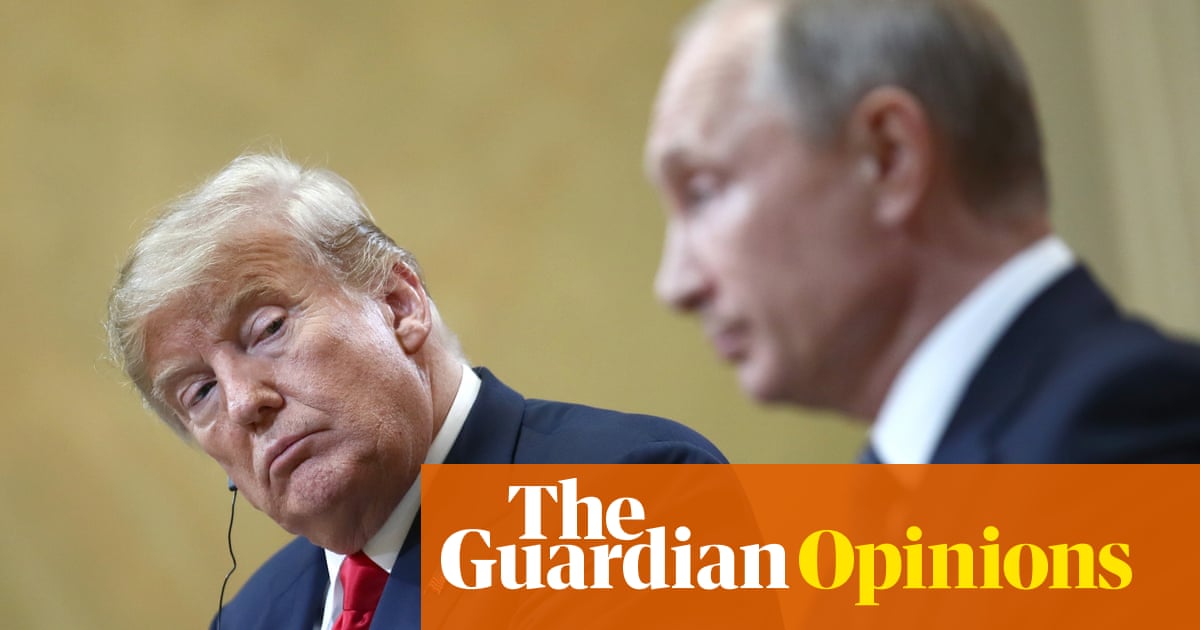 Can we be sure that two and two still equal four after the US president’s abject abandonment of truth in the service of Russia?

At a time like this, have a heart for the Republican party that suffers this unpatriotic nonsense in silence. There’s nothing else we can do for them now. We can only send them our thoughts and prayers.

That last line is glorious.

I still can’t make sense of this, the second time I’ve read it. I mean, he’s saying they’re both lying but Trump is the bigger liar - okay, that’s really not a defense of Trump, but okay - except they’re both apparently taking the same position, and lying to the same audience (the US public). I don’t get how this is supposed to work in his mind. I don’t think he’s thought it through sufficiently.

So we have a Russian asset as President now. He’s already gone after the brown people with straight hair putting them concentration camps even American citizens (Looking at you ICE and your DHS and TSA flunkies). When is he coming after the African-Americans? What lies will justify his actions on this and how will it benefit Russia? Will there be Republicans supporting his actions? So many questions in America now.

in the GOP but it’s been that way for a long time now. The party is intellectually, ethically, and morally bankrupt.

And, as noted here, the Democratic party is just half to two-thirds as bad.

On behalf of south dakota, Get f#cked rounds.

I don’t get how this is supposed to work in his mind. I don’t think he’s thought it through sufficiently.

I think he understands his audience well. Posturing over content. Lying to whomever doesn’t matter as long as you are doing it in service of looking strong.

I don’t think for a second that is what we watched, though. I think Putin is the real guy playing 4d Chess, and his bonafides play that out. However, it’s imperative for the base that every interaction is spun to make Trump look strong above everything else: honest, ethical, sensical.

Seriously, are there any honest, principled Republicans in congress? I’m actually asking, this isn’t rhetorical.

So I think what actually happened, I think Mr. Putin just got out-Trumped by Trump. If Mr. Putin thinks he can tell a whopper, he’s not gonna be outdone by this president. And so if Mr. Putin is going to look at him and try to straight-faced tell him that they didn’t meddle, our president can look right back at him and tell just as big a whopper back to Putin as Putin told him.

Seriously, are there any honest, principled Republicans in congress? I’m actually asking, this isn’t rhetorical.

Luckily, they’re easy to spot. They’re the ones retiring or dying.

That’s not an actual senator in the accompanying photo. It’s a stock image of what they think a generic politician should look like.

And they nailed it.

I don’t know my country anymore. Never thought we would get to a point where we worship authoritarian dictator’s.

At this point I’d settle for taking him off that committee, dude has no business there >_>

Have pity on the man- he’s been wanking himself into a froth over his awesome hero, and that hero just stood up there and showed he’s a stooge and a dogsbody to some short foreign guy.
He’s got to salvage his pride somehow.