Originally published at: Look at all the bored Trump fans walking out right during his speech | Boing Boing …

Now if more GQPers would just move to Russia, it would be a win-win for everyone.

The Kremlin and its staunchest loyalists are touting Russia as a politically incorrect utopia—something they think Western conservatives can’t resist.

Yes, eat each other up!

Oklahoma GOP Turns on Senator for Not Worshipping Trump Enough

“This is a harbinger of what’s to come,” said a former Oklahoma GOP official.

The so called pro-life party is now the self-genocide party.

Not American but a prime example of the right wing ourobouros 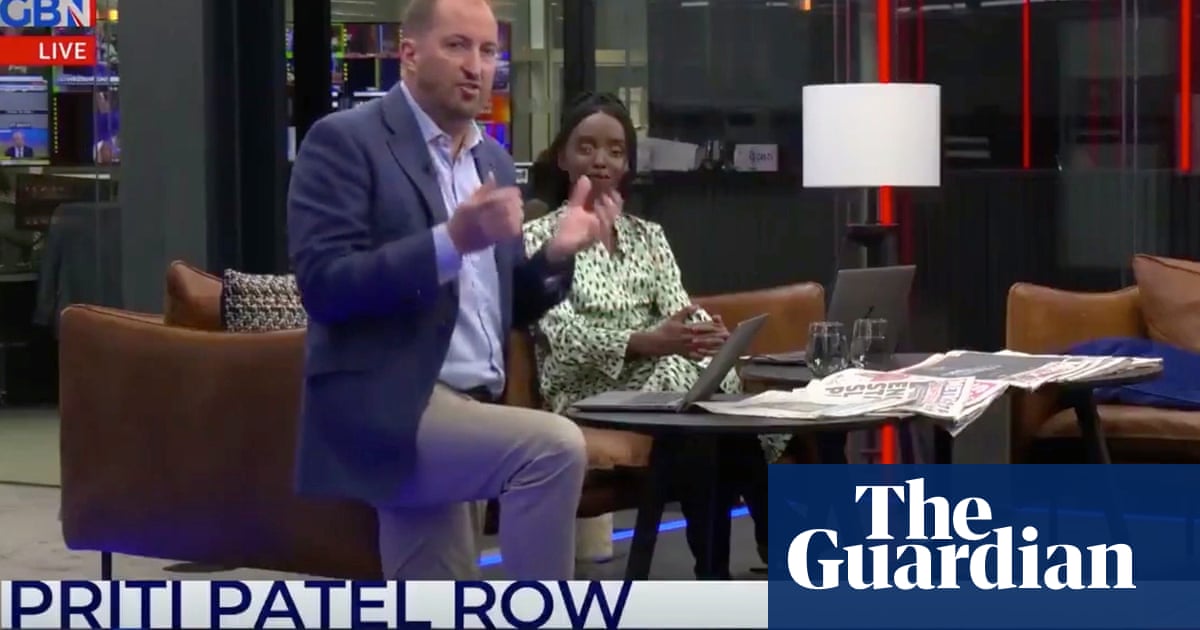 Ah, I see the problem right here. They actually believed their own bullshit. Unforgivable!

@donaeldunready
These resignations from GB News are bringing that channel to its knees. Which will only make things worse for them.
7 Likes
Jesse13927 July 17, 2021, 1:11pm #149

I’m honestly not certain that pointing out his years in the ministry is a good defense against pedophilia charges, though, ya know?

I am kinda speechless.

As per my comment in the Bolton thread: I’m calling it now: GOP Mid-Term strategy is out in the open right now. Let the pandemic rage through their useful idiots who aren’t gonna let the gummint tell 'em to take no vaccine, then pivot and blame the death toll on Biden. That’s it. And they probably won’t fail

Can the Black Rifle Coffee Company Become the Starbucks of the Right?

The company doubled its sales last year by leaning into America’s culture war. It’s also trying to distance itself from some of its new customers.

allegations that he is a “creation worshipper” and a “new world order globalist.” (I am not delusional enough to be familiar with the latter terms but they sure sound like a lot of words that would certainly titillate people looking to Da Vinci Code every political photograph they see in order to bolster their own sense of self-importance

Hmm, I never thought about it but now I wonder how much Dan Brown is responsible for all that Qanon BS. He is after all the one who took a genre to the mainstream that was previously reserved for intellectuals who understood the post-modern playfulness and the warning tone behind works such as Illuminatus! or Foucault’s Pendulum.

(Let’s also blame Brown for being a bloody awful prose stylist. People have pressed his crap on me, and I can’t stand more than a few pages.)

“Tear him for his bad verses!”

Forbidden Knowledge reserved for the a privileged elite of the reading world?

John Macgregor’s 1986 novel Propinquity describes an attempt by a modern couple to revive the frozen body of a gnostic medieval Queen, buried deep under Westminster Abbey. Their attempt to expose the feminine aspect of Christianity’s origins results in fierce Church opposition and, eventually, an international manhunt.

Dan Brown has described himself as being inspired to write after reading Sidney Sheldon’s Doomsday Conspiracy.

The Sheldon book was unlike anything I’d read as an adult. It held my attention, kept me turning pages, and reminded me how much fun it could be to read. The simplicity of the prose and efficiency of the storyline was less cumbersome than the dense novels of my schooldays, and I began to suspect that maybe I could write a “thriller” of this type one day.

This came out in 1993. It’s pretty good-- better any of than Dan Browne’s stuff.

i guess ive always blame the xfiles. certain things though take root because the ground is fertile.

Forbidden Knowledge reserved for the a privileged elite of the reading world?

White People vs. Everybody

No longer pretending to care about fiscal conservatism, family values, patriotism or even their beloved troops, the GOP has now become a single-issue party.