I especially like the economic stimulus from having to repair body damage to my car from errant carts.

Based on the police reaction to the gun, I’m guessing that the liquor laws in Texas aren’t too strict.

In most of Canada, alcohol is supposed to be in the trunk of the car, or the back if there is no trunk. Definitely no open containers allowed in the front seat or back seat. An open alcohol container is considered to be proof of drinking and driving. 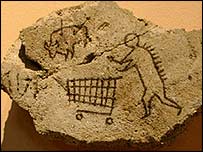 I think this guy works for or is featured on a morning show I’d sometimes listen to back in the before times when I commuted.

TX is weird. The state has lax open container laws, but then there are some dry counties, some wet counties, and some in between.

That would just be a move on paper to take advantage of Texas laws and avoid the laws in New York where the NRA is currently incorporated. The NRA office would remain in Virginia. Texas lawmakers welcome NRA as it maneuvers to flee New York fraud case | The Texas Tribune

Hereabouts, too many shopping carts were being grabbed by bored kids and homeless people. So they put a $.25 coin-lock on em (now $1), and people are so damn cheap that the stray cart problem pretty much vanished (lotsa bellyaching by customers tho…)

Why not just push in down thru vacant lots and throw it in a creek? 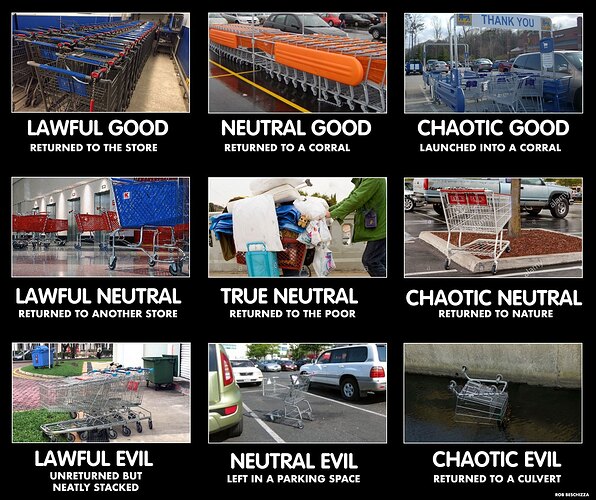 Worth posting even if @beschizza linked the article on the OP.

He’s just asking for it.

Whut? He’s asking to be shot for shaming people for irresponsible shopping cart behavior? That’s a different set of values than I was taught.

I’m against self-checkout because it could take jobs away from people. Rounding up stray shopping carts is also a job for humans.

I’m usually traveling alone with a 3 year old and sometimes I’m a good 50+ yards from one of them. I’m not about to leave him strapped into a car in the middle of winter to walk the cart even further away from the entrance (or, conversely carry him and his muddy boots back from the corral and get everyone filthy).

ProTip® I learned from other parents along the way. When shopping with kids, park closet to the cart corral instead of closest to the door. Then you can easily grab a cart, load up the kids and quickly return it when finished.

This still amounts to being confrontational, using a moral cause as a cloak. He poisons the interaction right out of the gate. No wonder he gets such harsh reactions. Not to mention the fact that every cart abandoner is already an asshole automatically. What does he expect? This is the stupidest shit I’ve ever seen.

Is this not the crime of aggravated menacing? I should think a conviction on that charge means no more license to carry.

Same reason why our highways and pretty much everywhere was much cleaner when we had deposits on glass bottles.

Why would that be different in Texas, though? I’d expect it to be even more likely in New Jersey. Unless you’re backpedaling about your original meaning.

Why not just push in down thru vacant lots and throw it in a creek? Think of the jobs created when the grocery store has to buy more carts!