I hope the 'A Christmas Story' sequel works out

Originally published at: I hope the 'A Christmas Story' sequel works out | Boing Boing

My family were Jean Shepherd fans going way back. In addition to his radio show (where he honed his stories; “A Christmas Story” is a mish-mosh of several “Ralphie” stories) he had a sort of magazine show (“Shepherd’s Pie”) and several TV movies which ran on PBS.

My father, his college friend’s daughter who was visiting for a few days, and I went to see “A Christmas Story” during its theatrical run. We had to drive to the south shore of Long Island to find a theater where it was running.
On the way back we stopped at a beach and talked and laughed about the movie. My father grew up during the period depicted; he wore one of those stiff wool snow suits. It took a while for the movie to be available so other folks could know what we were raving about.

Not sure what this will be like without Jean Shepherd. Fingers crossed!

I’m worried they will shoot their eyes out. 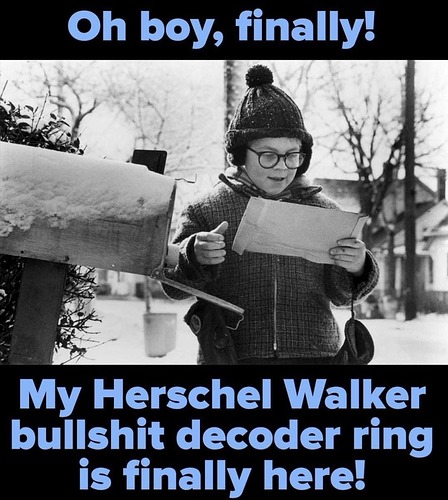 I liked the GAFOJOD special, too. James Broderick wasn’t as simmering as Darrin McGavin, but still fun.

My old man, who grew up in Indianapolis, had several stories similar to Shepherd’s: notably, he had the same experience with ordering a Little Orphan Annie decoder ring.

I once gave him a book of Shepard reminiscences / essays, but he’s actively anti-nostalgia (which is a lesson I haven’t succeeded in learning yet), so I think it was a flop as far as gifts go.

In any case, apropos nostalgia and flops, this film could be great – or it could be an unmitigated disaster. I doubt it’d be bad enough to retroactively taint the original, but given Hollywood’s record, I wouldn’t bet on it.

If they do one, good luck to them and hope it turns out decent but it’s a movie that doesn’t need a follow up

a book of Shepard reminiscences / essays

Would that be In God We Trust (All Others Pay Cash)? That one has quite a bit of overlap with A Christmas Story (which is why I bought it, for my dad, then I wound up with the copy)

Came here to point out that there’s already a sequel, only to find out there are several: 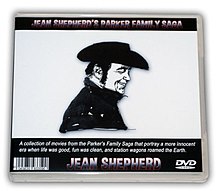 Jean Shepherd's Parker Family Saga franchise (also known simply as the Parker Family Saga, alternatively known as the Ralph Parker franchise, or sometimes colloquially referred to as the A Christmas Story franchise), is a collection of American family-comedies based upon the stories of author Jean Shepherd. The stories originated on Shepherd's radio programs and in his books before being adapted into a stage play, two theatrical films, four made-for-TV films, one straight-to-home video f The f...

I had an uncle who also grew up during that period. He was very dour, very serious. The only time I ever saw him even smile, much less laugh, was when he sat down to watch A Christmas Story on TV with me once. It was almost frightening to see him not just laughing but absolutely guffawing. “Soap poisoning” almost made him fall out of his chair.

Then, during the commercials, he would go back to being his very serious self, look at me, and say, sharply, “And that’s exactly how it was!” Which I had to work very hard not to laugh at.

You know, Indiana Jones and the Crystal Skull was pretty terrible, to as it let us revisit Marion Ravenwood, which that made up for a lot. Hopefully as here.

I think the only thing I understand less than why A Christmas Story needed a sequel, is why the movie has such a cult following at all. It’s a tiresome Boomer nostalgia-fest. Can’t imagine the sequel’s gonna be any different.

It creates a rose-tinted picture of life that anyone born in the 40’s and 50’s thinks existed back then, and to which they want to return. The Silent Generation knows what life was like back then. Their kids (Boomers) are deluded.

Filmed by Boomers for Boomer consumption. In contrast, The Muppet Christmas Carol was set in the 1840’s but could be considered Gen-X nostalgia.

Yup, that was the book. I didn’t realize there were so many sequels!

As a wearer of prescription eyeglasses since the 3rd grade, I doubt a sequel could equal the depth of sympathy I felt for Ralphie when he accidentally broke his eyeglasses.