Came here to make this comment, and am leaving well-satisfied.

Reading through those documents, it’s kind of bizarre. They outright refused to respond to discovery and then tried to appeal before the original case had been decided by the district court. I don’t think that that this is going to end well for them. The dismissal was from the appellate court saying that they don’t have jurisdiction because the lower court hasn’t yet decided it.

If the strategy is to try to bleed the plaintiffs dry, it definitely didn’t work given that the appellate court awarded fees for that.

This has been brought up before but he also included him in a scanner darkly, which taints one of my favourite films. On the plus side he does get tased into unconsciousness.

Is there anybody who isn’t a nicer guy? I mean that’s a bar so low its underground.

Harassing relatives of shooting victims and accusing them of lying because reality doesn’t conform to your insane conspiracy theories has to be one of the most evil acts possible, short of being the shooter. Do any of these people pause for even one second to consider what complete monsters they’re being if their theory is wrong? I wouldn’t take that risk even if I was 99% sure I was right.

It’s quite ironic that the Second Amendment is now being used to slaughter the First.

Wait, no, it’s not ironic. I meant tragic.

Chicken shit actually has a use as fertilizer, too.

I like this exciting new era where saying crazy, made-up nonsense that is empirically false is not protected by the First Amendment, and Jones is sued into his constituent atoms.

They don’t care. Being absolute monsters is what their supporters want, and what gives them ratings.

I’m going with “Even Asshole Jones doesn’t believe his own conspiracy theories, and only spouts that toxic BS because there are toxic idiots that lap it up every time he does.”.

I’m going with “Even Asshole Jones doesn’t believe his own conspiracy theories, and only spouts that toxic BS because there are toxic idiots that lap it up every time he does.”.

That’s pretty much what Jones went with when his ex said that he was an unfit father. 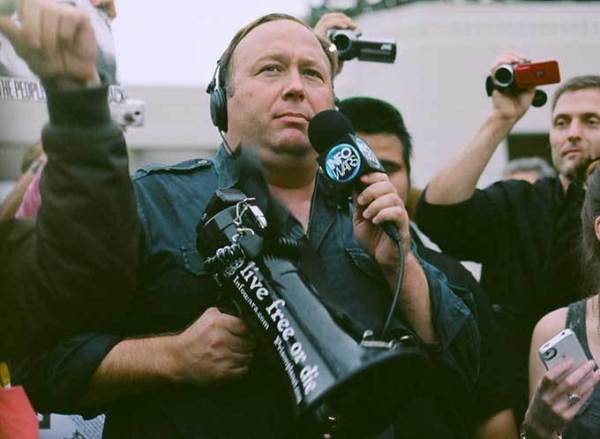 In custody battle, Alex Jones is claiming to be a "performance artist"

Kelly Jones, ex-wife of Infowars lunatic Alex Jones, is in a custody battle over their three children. She says Alex is “not a stable person.” “He says he wants to break Alec Bald…

I wouldn’t take that risk even if I was 99% sure I was right.

And now you see the difference between decent human beings and people like that.

In the voice of Marv,

It looks like someone is strangling him by imagination

If only it were true

And the judge sided with Kelly Jones saying that Alex was a completely unfit father.

I don’t know, I suspect he would make pretty good fertilizer. It would be nice to start that experiment sooner rather than later.

I have some tomato plants that could use some perking up.

I wonder if their legal representation is pro se. (I haven’t checked.) I expect to hear something about an admiralty flag.

I wonder if it’s Linklater including radicals just because they’re radical? There’s a rant in Slacker where the character name-drops Italo Balbo in (as I recall) a positive context. (In fact I’d never heard of Italo Balbo before seeing the movie/reading the accompanying book. I looked him up and wondered just what the hell the filmmakers were getting at.)

They’re not pro se litigants, which makes it all the weirder.

They appear to be represented by a lawyer in Dallas who has been practicing since 1978, is part of a firm, and is currently in good standing with the Texas Bar.

The brief also doesn’t say that it was written that way because the client specifically instructed it.