Christine Blasey Ford was willing to testify under oath (under penalties of perjury) to give her story. Which sets her apart from making accusations in the press. If Reade is willing to do something similar, and take such personal risks, I am more inclined to take it more seriously.

I’m not voting for the candidate of the Democratic party, a party that ignores allegations when they’re inconvenient and treats them as of the utmost importance when they can be used for the sake of political advantages. If the DNC won’t take all allegations/accusations from women seriously, especially when the allegations are against the person who’s going to be their candidate for President, then he’s not getting my vote, simple as that. There is no “Lesser of Two Rapists”.

So you aren’t voting at all. Because the GOP not only doesn’t take accusations women seriously, it doesn’t take sworn testimony or evidence seriously, for the sake of political expediency.

The President has several sexual harassment and sexual assault cases against him in a holding pattern while in office. In those cases people are willing to testify as to his acts under penalties of perjury. Not seeing a similar situation for Biden.

Which stance is her political stance? Vehemently anti-Putin or suddenly, gushingly pro-Putin? That extreme flip-flop is still unexplained, and makes it look like she received a 6- or 7-figure check from Lev Parnas. If she’s going to be considered credible, that needs to be cleared up.

Ford testified under oath and the evidence she gave was flat out ignored. That was a political stance by the Republicans. When Reade is willing to risk penalties of perjury and give her story under oath, then you have equivalence.

Nobody offered her that chance of “due process”. Nobody even gave her 2 min on CNN or MSNBC. Nobody is saying Joe Biden did this 100%, we want to hear her side and possibly his side too, maybe face to face.

We’re going back to her political stance and now accusing her of being paid off with no evidence of that. Pro Putin or not, how does that go into the equation. And if it does, why this didn’t count when we were talking about Brett Kavanaugh sexual assault allegations?

She could do what Trump’s accusers have done and file a lawsuit. Its not like there aren’t deep pockets in wingnut welfare interested in covering the representation. 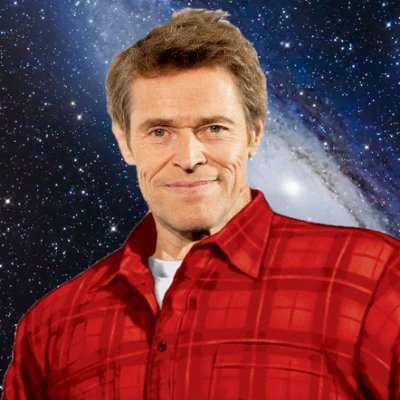 Remember when Biden supporters had MeToo in their bio and then when allegations came out against Biden, they removed it That was neat
1 Like
Mangochin April 8, 2020, 7:56pm #31

Nope. But I am sure more stories in that vein will come out. Revisionist history is a specialty of conservatives for the last 3+ years.

We’re going back to her political stance and now accusing her of being paid off with no evidence of that. Pro Putin or not, how does that go into the equation. And if it does, why this didn’t count when we were talking about Brett Kavanaugh sexual assault allegations?

I’ll just go ahead and say what I was implying outright: suddenly fawning over Putin isn’t a political stance. It’s just plain weird. I wasn’t accusing her of being paid off; I was saying that, when she flip flops from such extremes in such a short period of time, it makes it look like she was. That doesn’t lend credibility.

I’m ready to believe her story - but it has some critical holes that need to be filled.

Not surprised, not surprised at all. Expect hundreds of “local newspaper” sites to pick this up and run with it. And call me when she files a sworn testimony rather than carefully worded innuendo.

Trump is short-sighted enough to think this will help him. Maybe turn off enough people to not vote in November, perhaps. Whataboutism, lather, rinse, repeat.

If it’s uniformly picked up by Sinclair Media and almost nobody else, I think we’ll have our answer.

Democrats can engage in revisionism and hypocrisy too! 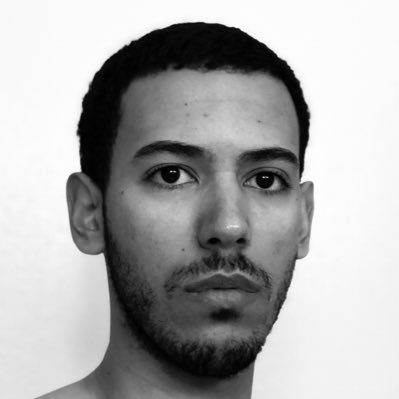 She may have deleted her tweets on Brett Kavanaugh, but I got her on video. @SymoneDSanders, explain your disgusting hypocrisy when it comes to sexual assault allegations against your boy @JoeBiden #MeToo #BelieveWomen #IBelieveTaraReade #VoteBlueNoMatterWho twitter.com/mrgeraldbaez/s…

The Democratic Party cannot claim to #BelieveWomen and only do so when the accused is a member of the Republican party. Biden is accused of penetrating a woman w/ his fingers. This video unmasks the hypocrisy of the Dem Party. #DemHypocrisy #TimesUpBiden #IBelieveTaraReade https://t.co/zTsxmsEgUi
zhasu April 8, 2020, 8:17pm #36

I agree, so why nobody investigates this, interviews her, asks her questions, determines if she is lying or not and then present this to us. We are instead going on a campaign of her being politically “weird”, looking like being paid off.

Here is what’s weird for me: she approached Time’s Up and they didn’t want to help her because it might put their tax-exemption status at risk; meanwhile “Time’s Up Legal Defense Fund is SKDKnickerbocker, whose managing director, Anita Dunn, is the top adviser to Biden’s presidential campaign”.

They can, but it is the SOP for Republicans since Trump was elected.

Not seeing it here either. Some angry whataboutism tweets aren’t the same thing as evidence.

This isn’t so hard. If you can’t vote for Biden, vote for whichever woman he picks for VP. Then press for a full investigation, after the election. Think of Biden as a placeholder.

Or just don’t vote at all. Why, you ask? What’s the difference between Democrats and Republicans at this point? Both just want status quo, as long as they get their lobbyist dollars, everything is fine.
You think you’re voting for something better, but corporations win anyway. So, save yourself 1 hour and a possibility of catching a virus at a polling station. Nothing of significance will change: healthcare will remain privatized and expensive, you know, socialism; education will stay beyond the reach of most; wars will continue no matter who wins.
Example: Obama promised the change, everything will be better; bailed out financial institutions, bonuses for already rich; wars continued, more young men and women dying; healthcare insurance was supposed to be cheaper and better, guess what? it was not, here is the data if you wanna bother reading https://www.healthsystemtracker.org/chart-collection/u-s-spending-healthcare-changed-time/#item-nhe-trends_total-national-health-expenditures-us-billions-1970-2018

Bothsiderism, like clockwork. If you want people to take what you write seriously, maybe conflating Obama and Trump isn’t the best way to do it.

I notice that you’re profile indicates you’re from Ontario. Let me tell you, as an American, there is a very big difference - in terms of our lives and reproductive freedoms - between even the moderate Dems and the snarling, hate-filled, destructive monster that the GOP has become. You’re insulated from that, but it critically important to those of us living in it.

What’s the difference between Democrats and Republicans at this point?

For just one example; do you honestly, truly believe that Hillary Clinton or Joe Biden would have disbanded the Pandemic Response Team in 2018 just to spite Obama? That decision alone could cost tens of thousands or even hundreds of thousands of American lives.