Joe Biden: 'I'm going to have a [VP] choice first week in August'

Abrams or Duckworth; do it, Joe.

I’ve been saying that it’s going to be Harris ever since she left the presidential race. She’s not my first choice, but then I’m not Biden.

I’ll put $5 on Harris, with another $5 that Trump is going to dump Pence and run Haley, announcing it on the day of Biden’s acceptance speech.

I’ve been saying that it’s going to be Harris

Yeah, I agree it’s most likely going to be Harris. And that Trump will try to steal Joe’s nomination thunder with a showman style stunt to replace Pence with a woman.

Abrams or Duckworth would be far more interesting choices and awesome. But my heart is all for Susan Rice if she wanted it. I can’t think a woman more qualified to take the reigns if something happened to Biden. And yes, I say that despite the specter of GOP rantings about “Benghazi, Benghazi, Benghazi.”

No matter who he picks, half the people will hate it.

Go out and vote in November.

Abrams or Duckworth; do it , Joe.

Here’s a foolproof plan for generational Democratic dominance: Harris as VP, with Biden announcing at some point that he’s going to serve one term, focused on recovery from the pandemic, i.e. repairing our economy and standing in the world, with Harris serving a much more active role as VP. Susan Rice as SoS. Harris runs in 2024 as a defacto incumbent, with, you guessed it, Susan Rice as VP.

I’m really not looking forward to moving to DC. Though the Naval Observatory grounds do allow for social distancing- and the furnishings donated by Rockefeller are a slight upgrade from my apartment.

It would be nice to know Biden’s VP pick, but the only way I’m not voting for this old fart is if he chooses Sarah Palin.

At this point I would vote for a re-animated McCain + Palin VP if it kept frump from getting a second term.

Words I do not say easily.

And then leave office so eitaer one can take over.

Don’t care. Whoever Biden and the DNC agree on to be President for the remainder of Bidens term is fine by me. I don’t intend to let the media lure me into a psychological game of false choice, it’s not healthy to play.

Democracy sucks this year. bummer. I’ll pressure my representatives next term to do better.

She’s not my first choice, but then I’m not Biden.

Biden wasn’t my first choice, but here we are.

Biden wasn’t my first choice, but here we are.

Yep, in the worst timeline… I think Biden is a crap candidate but would vote for a pet rock if it would prevent Trump from winning a second term 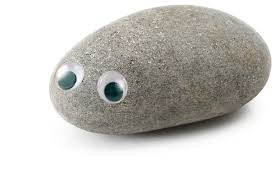 Duckworth is likely to be replaced by another Democrat. I can’t speak to Abrams (not my state).

But is there actually much danger of either of their vacated seats going red?

Doing the longshot $5 on Bass. It does have a nice ring, “Biden-Bass.” Not that “Bernie-Bass” wouldn’t have sounded better