This just in: Old rich white guy gets off, immigrant woman gets the shaft.

Perhaps her legal strategy would be to request that both cases be consolidated so that she can ride the coat-tails/sabotage their case, and end up better off if she tried to fend for herself alone.

Assuming you are being serious…any sexual act performed in exchange for money.

Any particular reason why you show the face of this woman?

just guessing, but probably because that’s the picture the newsclip they linked to showed of her.

Also: why is this entire post in Boing Boing . . .

When they announced it was trafficking, they were wrong. At best they knew saying so would get them attention, so jumped the gun in announcing before they had the evidence they expected. It’s more likely they just didn’t care about the truth of the statement. 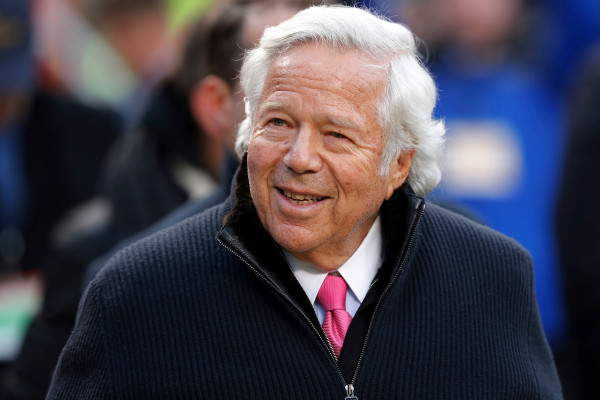 Excellent quote from the article:

Often when we hear stories in the media about sex trafficking and law enforcement efforts, we should be skeptical, recognizing that there is a tendency to conflate trafficking and sex work, and much of the policing of sex work is done under the banner of sex trafficking (which importantly victimizes both sex workers and trafficking victims who are also arrested and deported),

When the cameras were rolling they were saying it was a sex trafficking investigation, but weeks later when forced to tell the truth by the judge, the authorities admit they have no evidence of trafficking. Robert Kraft had available to him many other choices that would have been more respectful and honoring to women and to himself. Real human love and connection are not to be found this way, but the callous approach of our legal systems are sadly not designed to help any of these people. They are designed so that other people sitting at home reading about the busts can feel morally superior without lifting a finger to help real people who are suffering economic hardships or loneliness. That’s the real crime here.

And that serves me right for using a phone keyboard.

I really can’t understand either how they waited for 8 months if they thought these poor women had been kidnapped and were being held as slaves to free them; and how in 8 months in investigations they couldn’t figure out that there was no sex trafficking.

So my guess is one of two things happened: either there really wasn’t sex trafficking, and the cops were incompetent or outright lied about what they were doing at the press conference, which is horrible and they should probably loose their badges over…

Or they found that the sex trafficking did occur but that there were connections between the former Madam of the house and the President of the USA, and they were afraid of how far to pull that thread… 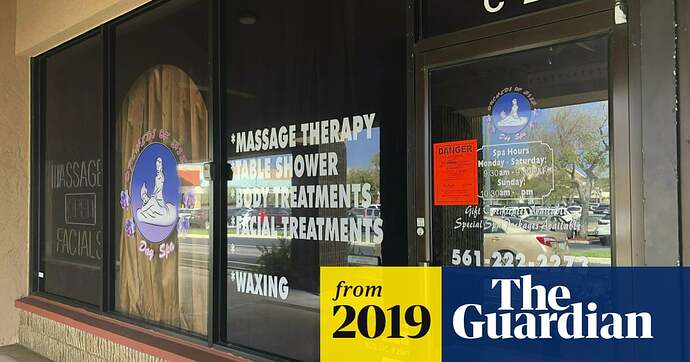 When they announced this sting, they said that the women involved were trafficked women who were victims of the international sex slavery trade.

Now, they arrest the woman with whom the deed was done.

So… now they arrest the trafficked sex crimes victim and steal her money? Really? REALLY?

It sounds a lot more like they made up the part about trafficking, because they wanted to generate more outrage than they would from a simple prostitution bust.

It sounds a lot more like they made up the part about trafficking, because they wanted to generate more outrage than they would from a simple prostitution bust.

That’s a common outcome of the intersection between corrupt law enforcement and tax-dodging evangelical Xtian grifters (including those to whom Robert Kraft has donated large sums of money) who deliberately conflate sex work with the actual problem of human trafficking, throwing migrants and sex workers under the bus while men of means buy their way out of meaningful consequences one expensive legal team at a time, all in pursuit of returning women to second-class citizenship.

Remember, most of these Xtian hypocrites voted for the Pussy Grabber-In-Chief because he promised to stack the courts with judges that would revoke women’s reproductive freedom. In their minds the right to life begins at conception and ends at birth, and they’ll do no end of verbal gymnastics to deny this blatant simple fact of their warped morality.

On the plus side, the police department that took her saving by civil forfeiture can now literally pimp their rides. /s

45 should have been incarcerated long ago for things much more serious than his illegal payoffs to his various prostitutes.

We live in a land where sex is equated with “the worst thing any two people can ever do and must be hidden at all times for the sake of the children,” while violence is promoted in movies that even a kid can see. Thus it will come as no surprise to you that in most parts of the country (with minor exceptions for eight counties in Nevada), anyone paying for sex or anyone receiving money for sex are considered horrible criminals who must pay with fines and jail time and be shamed by the public.

We are not a terribly enlightened people on some topics.

So to recap: PD with too much time and pervy intentions, sets up a bust between two consenting adults and hypes up the human trafficking angle. When none of that pans out, they prosecute the poor lady who was working there AND confiscate all her goddamn money so that she has nothing to show for the unfortunate work she was doing.

These idiots should be fired, sued and ridiculed. I wonder how many rapes, murders and assaults are going on in Jupiter, while these prurient jagoffs are busy ruining so many other lives.

This reminds me that I have been meaning to find a charity to donate to fight human trafficking. Without collateral damage to sex workers. Seems like this audience might have researched this?

So not a special deal, but just the best legal defense money can buy. If Kraft wants to impress me (he doesn’t) he would also use his high-priced legal team to help Mingbi.

No argument from me. My fingers are still crossed in hope that someday his chickens will come home to roost. He and his are a constant reminder that, no, the laws don’t apply equally to everyone. That’s just another lie to keep people placated.

Are you now, or have you ever been, a sex worker? Had friends or family members who were? Talked with sex workers? Engaged a sex worker?

If none of the above, how can you say with certainty that “real human love and connection are not to be found this way”?

It strikes me as a heavily biased statement, and horribly minimizing to anyone for whom sex work is their chosen (not forced) profession.

I agree with everything else you are saying about our legal system though.

She got it twice.

Dear Pensketch. I did not mean to imply that there are no loving people in the sex industry. My wording was clumsy and inadequate.