Lauren Boebert has an "I'm not a witch" moment, denying lurid rumors about her when no one asked

Originally published at: Lauren Boebert has an "I'm not a witch" moment, denying lurid rumors about her when no one asked | Boing Boing

The lady doth protest too much, methinks.

I have never been an escort for Senator Ted Cruz

“Contrary to popular belief, I have never been an escort for Senator Ted Cruz,”

Yeah, but did she turn him into a newt?

I’m gonna take an educated guess that it is very difficult to say something cool about Ted Cruz.

Yeah, but did she turn him into a newt?

Of all the heinous shit she’s said and done, “escorting” Lyin’ Ted Cruz wouldn’t even wiggle the needle on my bad-shit-o-meter. It would certainly be one of the more distasteful things I’ve heard someone do, but certainly nothing to get upset about.

Fucking over our rights? Evil. Pushing fraudulent claims about her chosen tyrant? Totally evil. Voting for gods and guns? Pure evil. Banging a loathsome, cowardly scumbucket? Revolting, but not evil.

Wasn’t he mentioned in the original story (not as an alleged client, but as someone who met her and suggested she run for office during the time she was supposedly an escort), and people made that connection?

Good Reporter: “So, Congresswoman, you’re insisting you wouldn’t fuck Ted Cruz, even for money, is that right?”

Yeah but she still could have just said “I was never an escort” if she wanted to refute the rumor in its entirety. Her phrasing kind of makes it sound like she’s just denying the Ted Cruz part.

Of course she could just be an escort who is offended by the implication she would take Ted Cruz as a client.

How could you tell?

You sure about that? 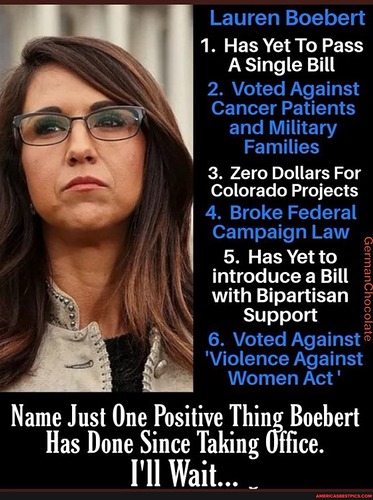 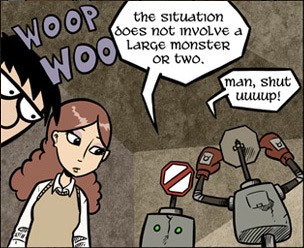 Certainly no one is describing Suspiciously Specific Denial here, so that people will understand what the trope is about. And this sure isn't an opening gag to preface it. And this surely isn't an unnecessary prolongation of the gag to make it, …

“Meet The Boeberts” -
“In her 2022 memoir, Boebert claimed that her husband never exposed himself in public, despite pleading guilty and serving jail time for an incident. Jayson Boebert was arrested in 2004 for exposing his penis to two young women at a Colorado bowling alley.”
Wikipedia page…

Other possibilities include they had a consensual extramarital relationship, and/or that Ted Cruz is a male escort.

Missed the best part, she was saying all of this to a room full of HS and college aged kids, you know, the kind of crowd where the subject of being an escort normally comes up.

Being a paid escort is inconsequential and of no interest. Have you seen her Congressional voting record and her public appearances full of deceit? That’s the problem.