Lauren Boebert says if assault rifles are banned, Americans will be forced to eat their dogs

So she thinks people who couldn’t wear a mask because of freedum and inconvenience will take up arms and lay down their lives to overtake one of the largest most armed armies in the world for the good of their neighbors?

Also, Venezuela has tons of guns. 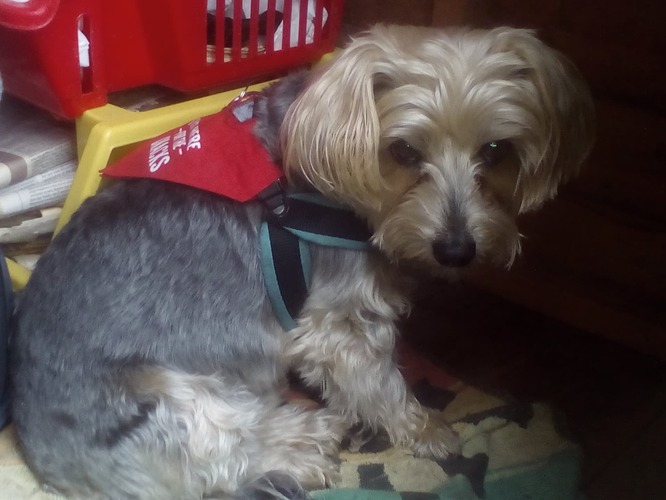 Mutt tartar. And then there’s also the dog meat issue.

I’d sooner eat her, and deal with the sure case of diarrhea I’d get and her prion disease.

Edit: Also, I’d feel much better about the great service to my country

“Don’t vote for leftist candidates, or the US will do everything it can to undermine our country like Venezuela” is kind of true though.

Well, in Venezuela, they eat the dogs, and it started because they don’t have firearms.”

I’d love to see her working on that, I can’t help but wonder if there are a few missing steps in between no guns and giving a new meaning to puppy chow.

They even threatened war with Colombia.

I keep forgetting what a boogeyman Venezuela is for the American right, and how it’s the basis for a lot of bad-faith arguments, which are apparently becoming increasingly silly.

That actually makes more sense than the normal usage, which is in response to someone saying, “We should have [social program which is a feature of literally every developed nation besides the US],” where the reaction is, “Well that’s socialism - you want to turn the country into Venezuela!”

“They only have 10% of our land area! Where will everyone go? Your socialist ideas will shove hundreds of millions of Americans into the sea!”

“real 'mercans™” don’t give a shit about their neighbors…

There’s virtually no point in analyzing anything she says.

Every time I see a post about this person pop up on boingboing, I do feel like maybe we shouldn’t be giving her the oxygen of publicity. She says deliberately stupid shit, purely to get attention, and it’s working.
Mark (and other boingers), why not just ignore her?

That said, am British, have no gun, and I eat Beagles for breakfast, Labradors for lunch, Dachshunds for dinner, and Staffies for supper.
/s

…and her prion disease.

That might explain a lot. Although she doesn’t exhibit the shambling walk typical of kuru.

Since every accusation from a right winger is a confession…well, let’s just say I wouldn’t eat at any establishment associated with her.

Mark (and other boingers), why not just ignore her?

Because that enables idiots like that. They need to be confronted and ridiculed. Otherwise this crap ends up in everyday conversation as if it is a normal thing.

True. But wouldn’t it be a good idea to, say, have an Empty Gee megathread for all of her emissions, another for Lurid Bobblehead, and so on?

That way people could easily keep up with the shit these horribles spew, but it would be easily contained.

I remember when the Nazis were used for these kinds of non sequiturs - “You know who else was a vegetarian? Hitler!”

For some completely unexplainable reason, they don’t want to compare things they don’t like to Nazis anymore.

Whatever floats your boat. I’m up for that.