the wheels of justice will grind exceedingly fine.

I just want to be 50 years from now, and read the history books dismissively say how dumb, misguided, and traitorous all these people were.

I am praying so hard that this is the timeline we are in. I have seen precious little evidence for that, but there are lots of us working very hard to make it so.

They didn’t name any names last time either. Which got us here: 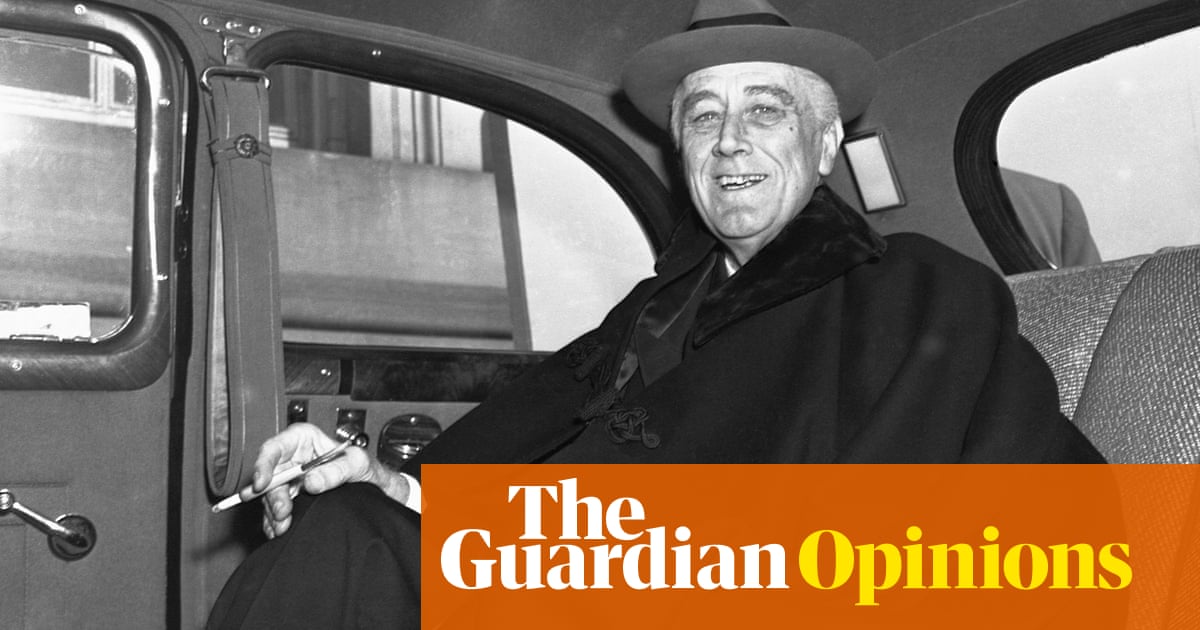 Why is so little known about the 1930s coup attempt against FDR? | Sally Denton

I just want to be 50 years from now, and read the history books dismissively say how dumb, misguided, and traitorous all these people were.

I am praying so hard that this is the timeline we are in.

Well, the majority of the population are in alignment with that, so that counts for something, long-term. It’s only the current system giving such disproportionate power to a minority that gives these kinds of groups such prominence (and even then, they’re a minority of a minority).

@MacFarlaneNews
The question of the day: Does a judge release Stewart Rhodes until trial? He's charged with seditious conspiracy. That's a.... different charge than the many others in pretrial detention in America today That's a huge issue to watch at Rhodes' hearing at 330pm eastern time https://t.co/ozqNwVD9vQ

Oath Keepers Lawyer Takes Over as Acting Leader of Militia With Stewart...

General counsel Kellye SoRelle has stepped in as acting president, but insists: “The organization stands with Mr. Rhodes.”

The RS article links to the “quitam” [sic] that SoRelle (says she)* filed with the SCOTUS. Reading it is like kicking over an anthill and watching that for a while (i.e. “interesting, but why am I doing this?”). It’s a rant, with appended rants (and while IANAL I’m going to wager that legal filings typically don’t switch in-and-out of using the second-person). If it’s actually reached SCOTUS I suspect it’s still making its way from one desk to another, but that it will end up in the round file.

*But then the link is to Adobe Cloud, not SCOTUS itself, so who knows… Either way I suspect SCOTUS (even with its current makeup) will not be all over this.

Both were ordered to remain behind bars pending formal detention hearings on Jan. 20. Vallejo pleaded not guilty, although he is not expected enter a formal plea until a future arraignment hearing.

Wait, they let in girls now?

It’s the Proud Boys who are violently sexist as well, the Oath Keepers are only a wee bit sexist. For now, anyway.

That’s in regard to a separate thing. To an extent anyway.

Part of the way you pressure those little fish to flip is by ramping up the pressure, with additional charges. Serious jail time often comes out of multiple convictions, since sentencing guidelines are heavily determined by priors.

But otherwise it often takes time to build a case for more serious charges, especially on those bigger fish. Things like conspiracy or RICO to some extent require conviction on lesser charges to establish a pattern.

Then there’s just process shit. Smaller charges are easier to prosecute, but they give access and create a record for bigger charges and wider investigations.

Either way I suspect SCOTUS (even with its current makeup) will not be all over this.

If DOJ can’t convict the shock troops, they might have to aim a little higher. And we wouldn’t want that . . .

The Civil War-era charge is hard to prove, and scholars say overzealousness in applying it, going back centuries, also discredited its use.

The experts who examined the indictment against the 11 Oath Keepers members and associates said the government’s case is supported by detailed allegations that participants in the plot discussed their plans in encrypted chats, traveled to the nation’s capital from across the country, organized into teams, used military tactics, stashed weapons outside Washington in case they felt they were needed and communicated with each other during the riot on Jan. 6, 2021.

“This is as a good a case as you could bring,” said Carlton Larson, a law professor at the University of California at Davis who is an expert in treason law.

The seditious conspiracy case against members and associates of the far-right Oath Keepers militia group marks the boldest attempt so far by the government to prosecute those who attacked the U.S. Capitol, but invoking the rarely used charge carries...