Lying GOP congresswoman from Florida tells constituents that inflation is 40%

“Also, just in case you hadn’t noticed, blood has been raining from the sky ever since Biden was elected and all your beloved pets are dead.”

No shame. No lie that won’t get told. No goal except getting elected. Collectively, political candidates are really awful people.

It used to be “Florida Man” for meaning stupid, now it’s “Florida Politician”.

As you might expect, Salazar voted against the Inflation Reduction Act.

Do you think she’ll have any luck finding a “Leopards Eating Faces” Trapper-Keeper (school binder) for her daughter?

Miss Elvira here might be correct in prices of certain items, though I really doubt she knows what a pack of pencils cost last year this time, so she’s probably making stuff up. Oh, she’s GQP? Then she’s definitely making stuff up.

Miss Elvira here might be correct in prices of certain items

While inflation is certainly uneven across the board, I don’t know if there is anything where inflation is that high, or certainly the overall rate would be higher… She’s literally making shit up out of thin air.

How can she be a real GQP politician if she’s not speaking proper 'Murican, but some foreign language?
/s

College age kid, who needs her mommy to buy her school supplies?

who needs her mommy to buy her school supplies?

Um, while this woman’s act is obvious bullshit… Is there actually a problem with that?

Are you arguing that you should throw kids out of the house at 18, because they are legally adults then and you no longer should care for them even if you have the means?

She shouldn’t be thrown out on the street and deserves your support, but surely she’s capable of purchasing her own school supplies. Even if you pay for it.

Edit: supposed to be a reply to @Mindysan33 above.

Schooling is expensive. A parent that cared would help.

That depends on individual circumstances. Some college kids do internships away from home during the summer. They may not have room in their transportation for school supplies. They may not have time to purchase them, because summer internships run right up until the day classes start in the fall. The stores might not actually have anything on the shelf by the time they can shop for them (especially in college towns). And they sure as hell shouldn’t wait until they are back at school and try to buy supplies at the college store. I would definitly expect a huge markup on everything at the school store compared to a regular store. 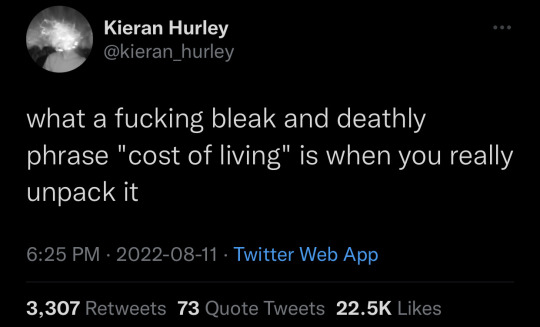 Prices probably have gone up 40% from the last time she did her own shopping.

She shouldn’t be thrown out on the street and deserves your support, but surely she’s capable of purchasing her own school supplies. Even if you pay for it.

Families like this one often use control of the money to keep their kids “in line.” Handing money to a college kid and allowing them to spend it according to their needs gives them too much freedom from the fold, too much independence, allowing them to contemplate leaving it entirely. In college, I dated one girl, briefly, who had a job with the University, but had her paycheck deposited in her father’s account. She had to ask him or her mom for any purchases of clothing, hygenic goods, and so on. She acted like it was normal, and just how every family operated.

Yes, in some situations it would be reasonable for a parent to do the shopping for their college aged kids.

But I would think that represents a rather tiny percentage of them.

I’m not talking financial, but in the same way a college age person should be able to wash their own clothes, dress themselves and such, it’s weird to me to have a college age “kid” rely on their mom to pick out the pens/pencils/notenooks they’re going to want to use every day of schooling.

These days, internships are common. In some degree programs, they are required. I believe it is an accreditation standard for engineering, science, and business programs to have major-related practical experiences.

Perhaps, but that alone wouldn’t prevent someone from going shopping. It would have to include some, or all, of the other extenuating circumstances that you listed.