What’s the inverse of Poe’s law?

See? He’s not even President yet and he is already having unsuccessfully meetings with the heads of other countries! Imagine all the people he’ll be able to have unsuccessful meetings with after he beats Crooked Hillary for the Presidentiary!*

Funny how the phrase feels like a perfect lift from Spanish phrasing, with only the words changed, not the grammar.

At this point there are two types of people who will vote for Trump:

Well one really great way to make Mexico great again is by conquering it and annexing it to the greatest nation in the world! Which is what we will be again! That will also take care of all the illegal immigration and then we can hunt down and deport all the rapists to El Salvadoristan! /end Trump

And those types of people that are changing channels between the following television shows:

Just looking for entertainment they can relate to while making Mexico great again.

See? He’s not even President yet and he is already having unsuccessfully meetings with the heads of other countries! Imagine all the people he’ll be able to have unsuccessful meetings with after he beats Crooked Hillary for the Presidentiary!*

It’d probably be yet another case of shattered expectations… we’d elect him, and then suddenly he’d begin having the most prosperous, friendly, productive meetings that history has ever seen. No, I can’t risk being disappointed again, I’m not voting for him.

It’s disturbing how big a percentage of the American electorate that covers. And how much of that is the intersectional group of stupid assholes.

So, what, is he going to return Texas or something?

They will pay for the wall, because it will exist solely to keep Trump out of Mexico. 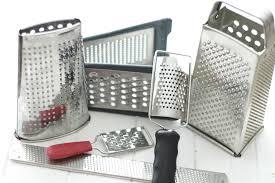 Nothing says “I really like my neighbor” like calling them names, blaming them for things they didn’t do and then building a big fucking wall.

I’ve been thinking they’d build it to keep out hordes of Americans fleeing a Trump presidency, but that works too. Just on their side of the border.

I’ve also thought, “If he says he knows the election is rigged, maybe it is because he rigged it, and is actually still a Democrat at heart and wants Hilary to win, in addition to it being cover for him when he loses.”

I kind of really want one of those hats now.

And demanding THEY pay for it, natch!