with the intention of turning into a weed “destination.” 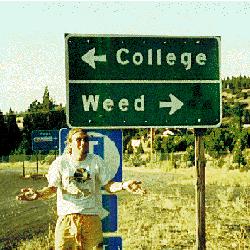 Let’s hope it goes better than the last time I heard of a town called Nipton: https://www.youtube.com/watch?v=hddiCi_KtNw

Does the “Company suddenly flush with cash gets high on its own supply and vows to build a model municipality for the future” ever pan out? It seems like history (and post-apocalyptic video gaming) is littered with _________ Town carcasses…

In my opinion, they should…Nip[ton] this idea in the bud…

For those of you not familiar with the game “Fallout: New Vegas”, Nipton is one of the small towns in the game. In the game it gets burned to the ground.

There’s definitely a long history of that, but a good counter-example are towns that were essentially built by and around distilleries or breweries. A good number of those are still going strong, and weed being legal in California it’s not a huge leap to consider that this could potentially work in a similar vein. Even if prices for weed decline having a town that is friendly toward it will likely bring tourism and commerce.

Can’t say it’ll work or not but it’s not like it’ll harm the existing town. Seems like it didn’t have much going for it any way, hoping they can indeed revitalize the area

Already linked it, but for the benefit of those who don’t want to bother with the video: Nipton was a town in the game Fallout: New Vegas. It was razed by Caesar (pronounced kai-sar) 's Legion, a faction in game which revolves around a man with a brain(?) tumor who has organized a Roman-ish cult of personality which controls a good chunk of the middle and southwest. When they came upon the town they saw it as a modern day Sodom, filled with prostitutes and other unsavory people.

Cool experiment. I hope it goes well. Curious what the five residents think of this change? Hopefully the success will be shared since the possibility of failure will be.

If Nevada hadn’t legalized recently I can see this as being a good idea. Its on the way to Vegas, quick stop to toke up on your way and all. But now…what’s the point.

Although if they don’t make the town slogan “Nipton in the Bud” I will be greatly disappointed.

If, in the dystopian future, we are all citizens of one corporate state or another, I know which one I want to be in.

What are those guys smoking?

Is this a good geographical location to grow pot? Or will it just be a dispensary? I always associate outdoor growing with NorCal, but maybe that’s just to avoid cops?

Patrolling The Mojave Almost Makes You Wish for A Nuclear Winter,

Is this a good geographical location to grow pot? Or will it just be a dispensary?

Maybe they’re going for something akin to all the wine country tourism in places like Napa? 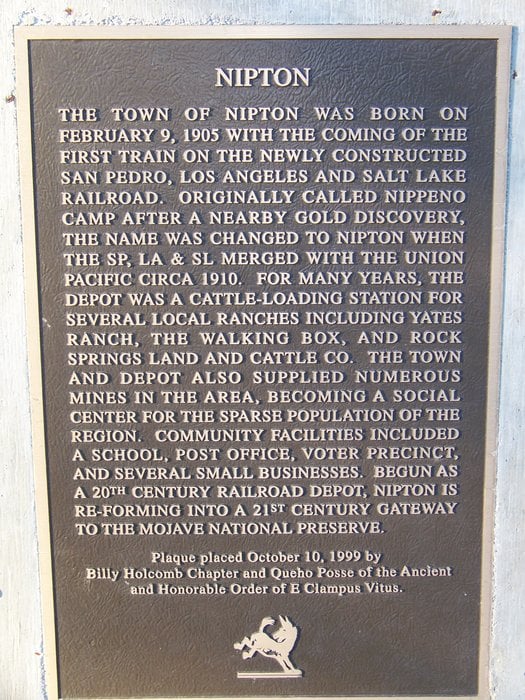 Yeah, the oldest “model town” is propably the Fuggerei in Germany, still going after ~500 years.

The Fuggerei is the world's oldest social housing complex still in use. It is a walled enclave within the city of Augsburg, Bavaria. It takes its name from the Fugger family and was founded in 1516 by Jakob Fugger the Younger (known as "Jakob Fugger the Rich") as a place where the needy citizens of Augsburg could be housed. By 1523, 52 houses had been built, and in the coming years the area expanded with various streets, small squares and a church. The gates were locked at night, so the Fuggerei ...

Curious what the five residents think of this change?