The whole hearing was full of such bullshit justification for obliterating women’s rights. It was horrible. The only thing that really made it bearable was all the Democrats who refused to accept their bile.

Of all the Republican scum who are more than eligible for a LONG jail term, he’s the one who’s most likely to actually serve long hard time, and on the day that he goes into the stripey-barry-place, we should have a very, very big party.

When is this child molester going to jail?

I worry that if the LGBT community, if the advocacy organizations for same-sex couples, somehow reorient to be a pro-abortion enterprise, that could actually result in fewer same-sex couples having access to the family formation that gives them fulfilled lives.

What does this sentence even mean? Is there someone who can translate? I obviously don’t speak scumbag.

Due process moves pretty slowly in the US for lots and lots of people. The difference is that the privileged tend to spend that time outside of jail.

Case in point: indicted securities fraudster Ken Paxton, occupant of the office of Attorney General for Texas. He’s delayed his trial since he was indicted in July 2015 and arrested in August 2015.

That’s some twisted pretzel logic, but it makes sense, given the speaker. Thanks! It was making my brain hurt.

I don’t think I even want to know what he thinks he’s talking about, or sort it out from what he actually said, just shitty shittiness all the way down

Gotta ask, is this photo of the alleged child molester and sex trafficker real? Because it looks like some creepy AI creation.

It’s real. That is his forehead. 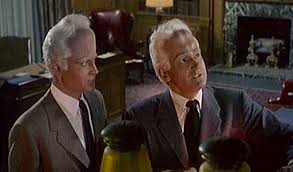 I, for one, am totally okay with Matt Gaetz languishing in a cell for many months while waiting for a trial.

Okay… but again, he hasn’t been charged… like I said above at least twice already.

Seriously do people here think I’m ON HIS SIDE or something? I’m just relaying facts, which include the fact that the man has not been charged with any crimes yet. He can’t be in jail because he hasn’t been charged…

I read this at least four times and could not make heads or tails of it.

It’s quite a challenge to attempt to simultaneously

(1) read a highly-convoluted bit of language and
(2) overcome one’s natural disinclination to take in what this Über-dÜchebag has to say.

Of course, I agree with you.

I’m just being gratuitously snarky, as is my wont.

Yep I agree the current injustice system needs to be overhauled, it migh be better to wait till we have a better grip on the legislative branch and a supreme court that mitch mcconnell did not appoint. Silly of me really but I just think we should have a better balance or it could be an even worse clusterfuck than the current one.

100% agree, but … pessimist/jaded me says well if he’s the most likely to and still doesn’t, that makes this timeline even that much more depressing

Me, everyday: “Well, Republicans can’t get any worse… I stand corrected.”

Forget guillotines, get out the fucking wood-chippers.

They walk among us. Please trip them.