I was actually impressed when a politico, under pressure to speculate about the source, said I’m not even going to guess because, whoever I might mention, they and their family would probably be put at considerable risk - regardless of whether I was right or not.

I still believe Jared and/or Ivanka are the informants (guess who controls the Trump business empire if he gets locked up).

I think it is more likely that Jared is who took the stuff initially. For him to be the informant assumes he’s able to pin it all on that guy and keep himself clean. He’s not that smart. To be Ivanka assumes she didn’t know what Jared was doing and has a conscious now, seems unlikely.

It’s going to be someone boring who was treated badly. Perhaps just someone on the club staff.

I’m a faithful folllower of Brother John Birch
I belong to the Antioch Baptist Church
and I don’t even have a garage
you can go home and ask my wife.

I’m finding it really difficult to arrive at any conclusion other than that Matt Gaetz is at worst the second most horrible human being in this race, which is a rather horrifying thought.

Now how many years has it been since I’ve heard that song? I remember that the radio bleeped the word “asses”

I think it is more likely that Jared is who took the stuff initially. For him to be the informant assumes he’s able to pin it all on that guy and keep himself clean.

Assuming an intended recipient was Prince Bonesaw, then it was definitely Jared who selected the documents to be stolen. 45 isn’t smart enough to know which ones to take.

Though if he’s dishing the dirt on his cohorts, that would nicely explain why they haven’t prosecuted him for the underage prostitute yet, given that they have the receipts for that issue.

Maybe I’m reading too much into it.

thanks for digging that up.

yeah, i could read that like you say as this one person has more to say. or maybe even, we don’t want to scare anyone else away ( especially with all the death threats and potential for violence i’d imagine )

i’m baffled by people who fervently believe this born rich failure of a man baby is worth literally killing for. it’s so far beyond anything i ever would have imagined

They are eating their own with the crazy. And the conspiracy is false, yet believable enough for a Republican voter.

Maybe a good tactic for D’s to help de-program, or at least de-activate the crazies, imply all R candidates in the general election are actually secretly against Trump. You’d have to get Trump to believe it, but he seems easily goadable. That would be a win for our country.

I have no doubt that tearing the GOP apart has always been a step in the plan to go full-on Nazi. It will create a vacuum. It will cause distress and distrust in the ranks. All of that is great for authoritarians.

Looks like Lombardo just put a big, fat bull’s-eye on the back of Gaetz.

While I don’t doubt the Gaetz would do anything to save his own skin, I don’t believe he would have had knowledge of Trump’s stash of secret documents.

Sure, but this announcement wasn’t meant for rational people; the target audience doesn’t care about facts. Just the accusation is enough.

I have no doubt that tearing the GOP apart has always been a step in the plan to go full-on Nazi.

Yep. The party would have to be purged of non-believers.

“He may look dumb, but that’s just a disguise…

He’s even got a poster for George McGovern tacked up inside his garage!” 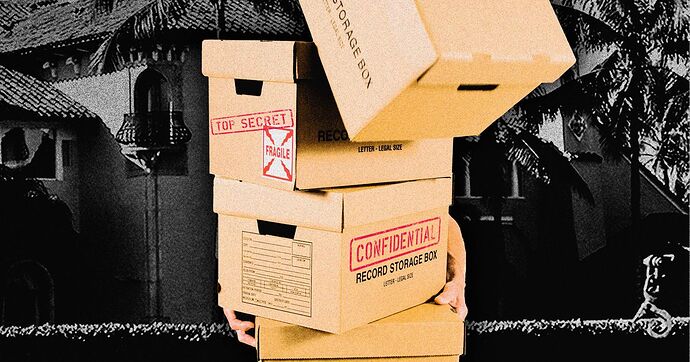 Ask a Whistleblower: How Much Trouble Is Donald Trump In?

Advice from another guy who had his house ransacked in search of classified documents.

An interview with Thomas Drake.

Is there any evidence of this, or is it just a campaign smear? I mean, I’d like it to be true, but it’s written in such a vague, suggested way.

The vague smeary-ness of it reminds me of…

What gets me: true or not, he’s being smeared with accusations of siding with law enforcement. If this works, it doesn’t end well for the winner.

The list of possible informants includes anyone and everyone to whom Trump boasted and showed the documents. If Trump wanted to assemble the possible traitors to his cult, he’s gonna need a professional sports stadium. Maybe he can grift enough money to rent such a stadium.

But at least then he’ll have a big enough crowd that it might soothe his ego for a bit. 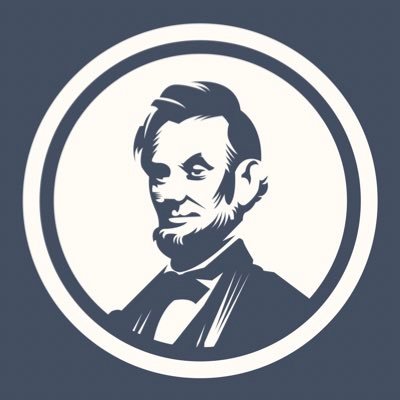 @ProjectLincoln
Trust us, Donald: Everyone has turned on you. https://t.co/PZTvIT1Ahf

I suppose it’s “fun” to speculate on who betrayed trump, but I’m more curious as to the substance of what he did.

Remember, kids, if a headline is posed as a question the answer is:
No 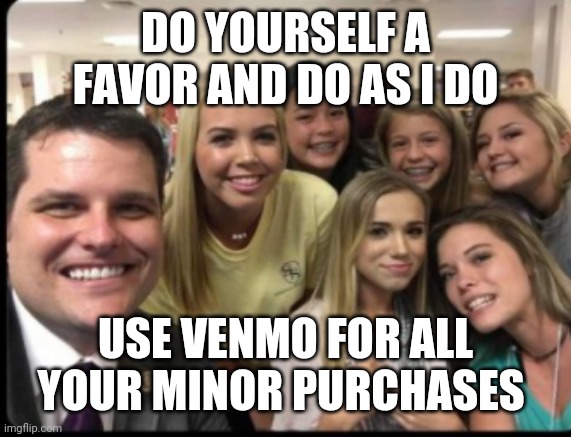 Assume it isn’t. Gaetz is garbage. Even if true it was to deflect from his own issues