Well, it is my point. From the original article:

“Ted Nugent (who wrote a song called “Jailbait” about his desire to handcuff and rape a 13-year-old girl)” (emphasis added).

The point is that people like Huckabee and Bill O’Reilly and other “family values” promotin’ mouthpieces for the GOP get whipped into a rabid frenzy when people like Beyoncé or Common write music that includes violent and/or sexual content, but happily buddy up to (or even perform on stage with) mentally unstable neoconservatives like Nugent who perform music with even more explicit violence and sexual content.

Rap, rock’n’roll, jazz… this phenomenon apparently reaches back to the stone age when an early rock music, a rhytmic banging of stones, was denigrated by the village elders.

What’s newsworthy on it?

Cat-scratch disease (CSD) is a common and usually benign infectious disease caused by the bacterium Bartonella henselae. It is most commonly found in children following a scratch or bite from a cat. The infection develops at the point of injury within about 3-14 days. Cat-scratch disease commonly presents as tender, swollen lymph nodes near the site of the inoculating bite or scratch or on the neck, and is usually limited to one side. This condition is referred to as regional lymphadenopathy an...

I always find the idea that Washington, D.C. is a “bubble” amusing. If I were elected to Congress I’d start my first speech on the floor with, “Who else here is from out of town?”

I always find the idea that Washington, D.C. is a “bubble” amusing. If I were elected to Congress I’d start my first speech on the floor with, “Who else here is from out of town?”

“Don’t forget to tip your waitress.”

Other variables to consider in this hypothetical question: What is the skin color of the driver whose car broke down? Is he wearing a turban or a t-shirt adorned with a rainbow flag?

Does he drive a car with a peace sign, mag wheels, and four on the floor?
Does he have a commie flag tacked up on the wall inside of his garage?
Did he tuck his hair up under his hat when he told the bartender that he had a flat, and would he be kind enough to give him change for a one?
Does he look dumb, or is that just a disguise?

“Ted Nugent (who wrote a song called “Jailbait” about his desire to handcuff and rape a 13-year-old girl)” (emphasis added).

Point taken, who knows if Nugent genuinely wants to do those things. But would it really be taking things so far out of context if an article about Eminem contained the following statement?

Come on, Huckabee made it clear in his previous mouth-farts, I mean statement, about Beyoncé: that she, as a sexy lady who gives him funny pants-area-feelings, is a whoooore (and as he said, her husband therefore is her pimp, since he owns her and is responsible for her actions). Nugent, on the other hand, is a good ol’ boy. Apples and oranges!

That’s just part of it. Contemporary music is OK as long as the person doing the singing is a white guy wearing a cowboy hat with a 40-foot-tall American Flag behind him.

I grew up in (and currently live in) an area with a fair lot of good ole boys in pickup trucks, and a large tourist industry that attracts an increasing number of guys in BMWs. The guy in the BMW isn’t going to stop. The good ole boys likely won’t either. If they do in a lot of places they’re just as likely to stop to kick your ass or rob you as they are to help (hasn’t Huckabee heard of the meth?). More often around here both options will just plow into the back of you because they’ve been drinking all day. Locals think they’re entitled to do what they want cause LOCAL, tourists/recent arrivals think they can get away with it cause they’re in the “country” and noone will notice. If anyone does stop its likely to be a local cop, my Irish grandfather in his tinyJapanese pickup, or a neighbor I know. Sometimes that neighbor might be a good ole boy in a BMW, sometimes it will be a wealthy dude in a pick up that’s beat to shit. Because human beings seldom line up with convenient political tropes. If a stranger does stop its likely to be a Guatemalan farm hand, or Mexican restaurant cook, almost always in a reasonably well kept but old Toyota.

Thanks for that, I feel that my cat-avoidance policy is now vindicated.

However, I will immediately cease my policy of listening to Ted Nugent songs for medical advice…

I like when Mike asks who he would rather have come by if his car was broken down on the side of the road - two good old boys with a pickup, or a guy in a BMW.

With a lot of modern cars there would be pretty heavy limits on what kind of problem those “good-ol boys” could fix with their toolbox. The guy with the MBA’s more likely to have a cell phone to call AAA.

This hypothetical situation’s just full of ways to twist it around to support both sides.

What’s newsworthy on it? 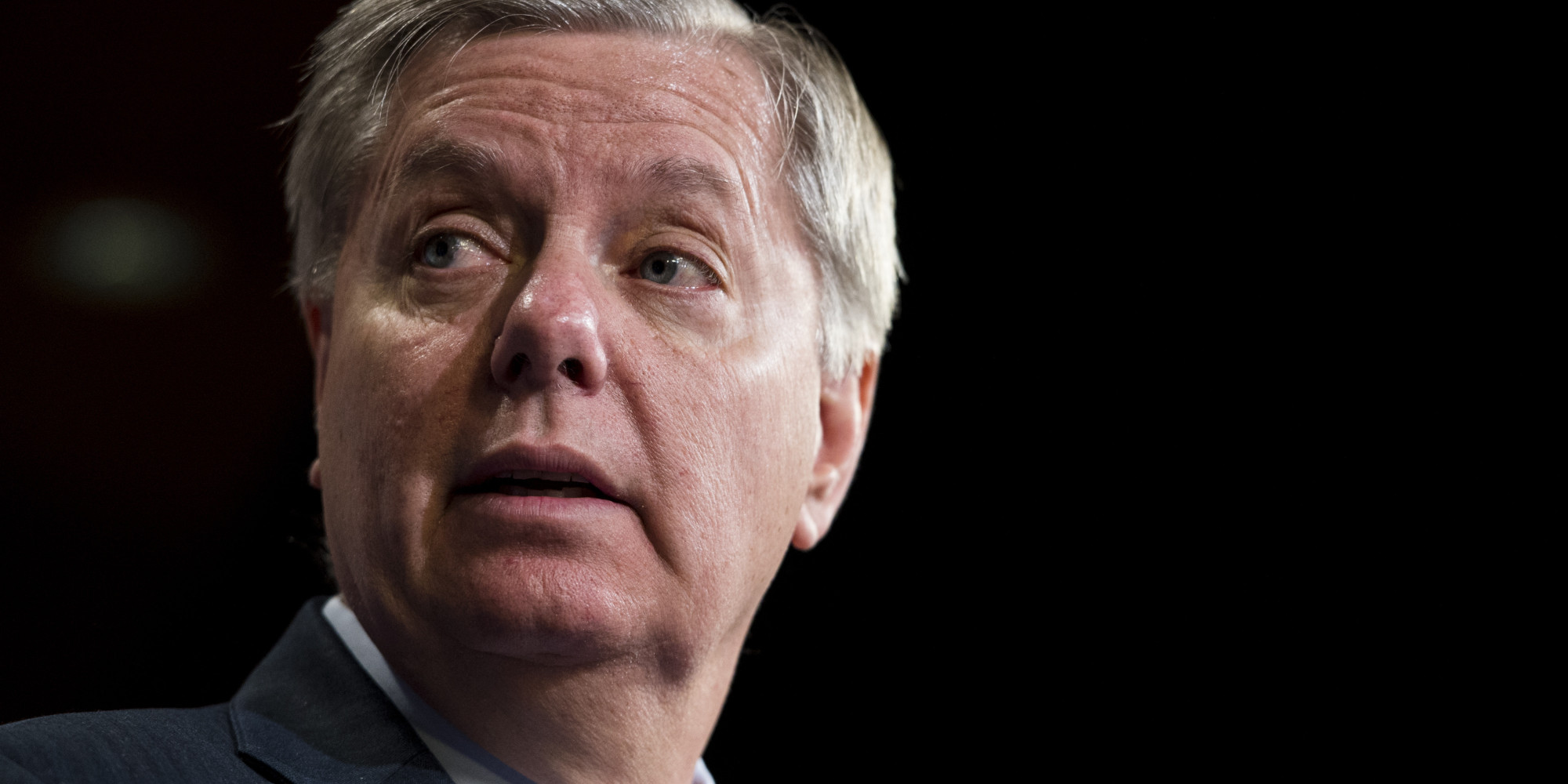 Two prominent Republicans fueled speculation Sunday that they would jump into the increasingly crowded fray for the 2016 GOP presidential nomination. ...

The guy in the BMW isn’t going to stop.

I hadn’t given it much thought before, but I am the kind of person who makes a bad habit of judging people not so much by the company they keep, but more often by the cars they drive. For years, my pet theory has been that drivers of ninth- and tenth-generation Ford Thunderbirds (1983-1997, for those not in the know) are generally assholes, or at least drive like assholes. At least, whenever I’d notice such a car on the road, it was being driven in an assholish fashion.

BMWs, too, do seem to attract the kind of driver who feels the need to take to the open road behind the wheel of (ahem) The Ultimate Driving Machine. And they’re usually not particularly handy people, disinclined to get dirt under their fingernails. My buddy Tim is a BMW driver. One day I had occasion to peek into the trunk of his 5-series. The fine folks at the Bavarian Motor Works had included no clue whatsoever about where to find the spare tire or jack, but there was a handy factory-installed placard attached to the interior of the trunk lid with a detailed schematic of how to fit three full golf bags into the trunk. No, I am not kidding.

So anyway, in my experience, I don’t want help from a BMW driver, nor is he likely to be able to offer any other than tossing his AAA membership card (if he possesses one, because after all, Ultimate Driving Machine) or a fistful of twenties out his window as he zooms past.

I’m a generally unkempt and somewhat disreputable-looking white dude with no college degree, often driving a sensible Toyota, but sometimes out there in a 45-year-old muscle car or elderly pickup. I’m pretty likely to stop and help you out, but not because I’m redneck-looking, nor because I’m a coastal liberal. It’s more likely because I’ve had plenty of beat-up, crappy cars in my life, and I know how it feels to be broken-down by the side of the road and dependent upon the kindness of strangers. That’s all.

What if I drive this? 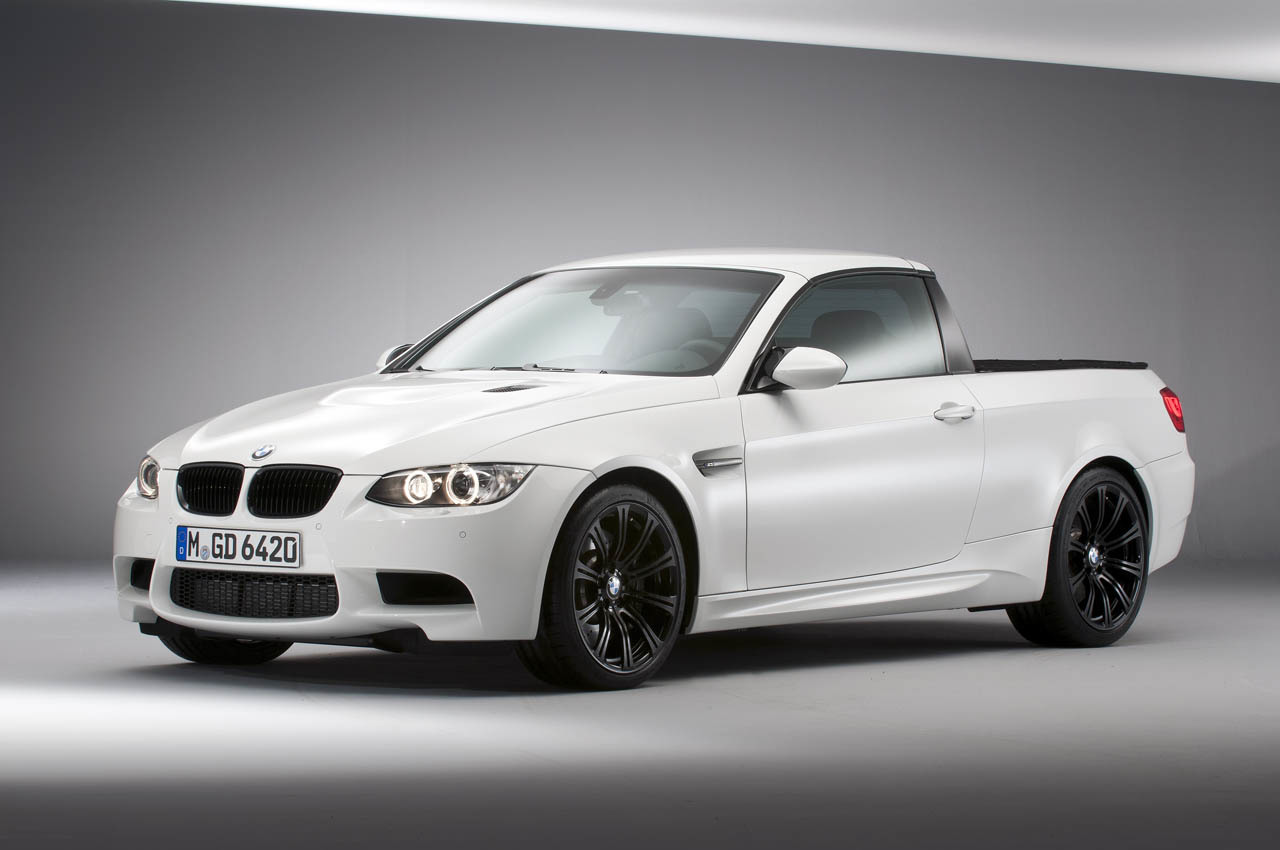 I’m pretty sure I don’t want either of those two guys stopping to give me hand if I break down. Creepy.

I just checked Nugent’s birthday. He’s 66 - I wonder if he’s filed for his socialist security like Ayn Rand?

It’s more likely because I’ve had plenty of beat-up, crappy cars in my life

British Leyland taught me to be helpful.

Because human beings seldom line up with convenient political tropes.