Mitt Romney: Moore is unfit for office and should step aside

Pfft like Mittens even matters to or is listened to by the rest of the GOP anymore.

There is a marked tendency among the GOP leaders to suddenly recover their conscience and reason once they are safely out of office and influence and/or one foot in the grave. Cf. Boehner, McCain.

thanks Mitt, but you are never going to be President some day, so spare us your mediocre morality, which includes writing off 50% of the nation as freeloaders.

I’ll give him this - Romney probably doesn’t have any sex-ghosts in his closet. Financial ones, yes.

I think this is at least partly a defensive move since Moore’s narrow-sighted brand of religiosity could easily be aimed at the LDS.

I’m not going to criticize Romney for rightfully condemning Moore; I’m glad he’s saying this now. I just wish Romney would level the same criticism toward the sex criminal sitting in the Oval Office.

Mittens, a day late and a million dollars short. 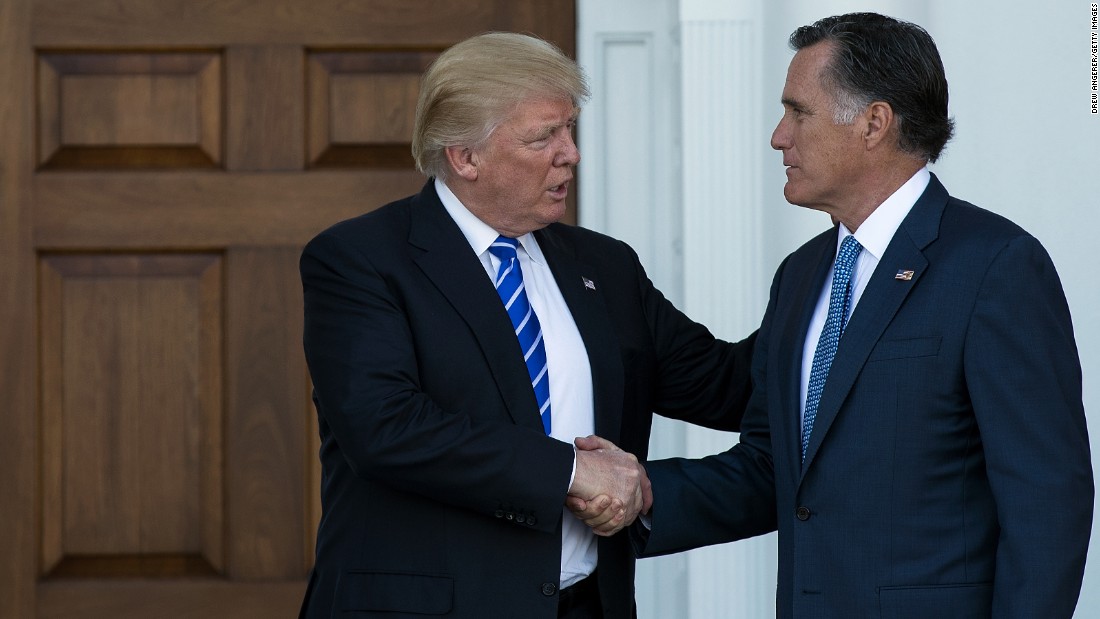 Mitt Romney called on Trump to apologize for his comments about Charlottesville, Virginia, saying the President's remarks this week "caused racists to rejoice."

Here’s Romney calling Trump “a fraud, a fake, a phony” 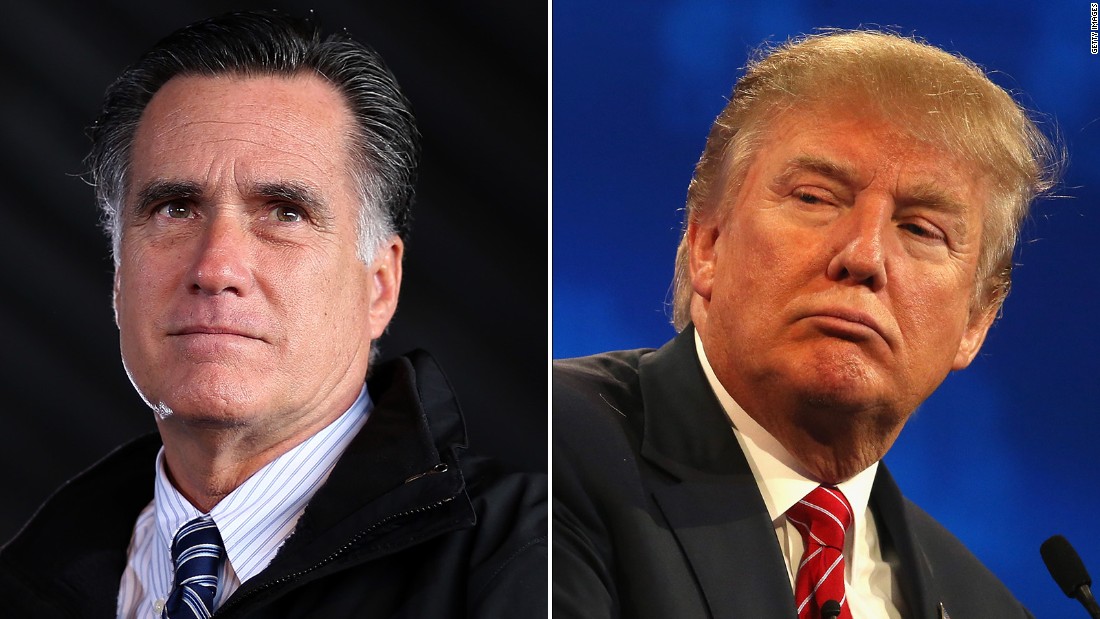 Mitt Romney: Donald Trump is a 'phony, a fraud' - CNNPolitics

Mitt Romney delivered a sweeping broadside against Donald Trump on Thursday, laying into the Republican presidential front-runner with a sharper attack than any of the party's 2016 contenders have made against the billionaire business mogul.

I know Romney wanted the Secretary of State job, and he would have been willing to put up with working for Trump to get it. But it’s pretty obvious he loathes Trump.

The only thing I take from ole Mitts comment here is that it’s another solid example of how these smarmy fucks sell out for the big donor dollars while they are in office and spout the most ridiculous bullshit to get re-elected, and then suddenly become thoughtful, reasonable human beings after they depart office. And how many Americans lap their shit up like it was honey. They really are a bunch of pandering fuck nuggets, and no matter how reasonable they are NOW, the damage they did to the country to set us on the path we’re now committed to is immeasurable. So fuck Mitt and fuck the Bushes and fuck every last gay bashing, race baiting, abortion denying, god spouting last one of these toilets-for-humanity. Too little, too damned late.

All true, but Romney still hasn’t called on Trump to step down from office yet. Here’s hoping for the future.

I doubt there’s the slightest lick of financial illegality in Romney’s entire life. You may not like his business tactics or his tax strategies, but I doubt he’s ever come anywhere close to breaking a law. And sure, that’s because he can hire good lawyers and accountants, but he’s well clear of the law.

I’ll give him this - Romney probably doesn’t have any sex-ghosts in his closet.

He keeps them on the roof of his car, with the dog.

I’m quite certain that Romney demanding Trump’s resignation wouldn’t make a lick of difference, and I’ve kind of lost track of what I’m hoping for the future. not nuclear war, I guess

Personally, I’m hoping that a write-in campaign for someone who isn’t a pervert takes enough votes away from Moore to prevent his election. Failing that, I hope to be eaten first when the Old Ones rise.

Pfff. Everyone knows you WANT to be eaten first!!

Romney probably doesn’t have any sex-ghosts in his closet.

He probably has a dog-ghost on the roof of his car.

As with all of these cases, Moore’s crimes were an open secret to his colleagues:

Then there’s this, Theresa Jones of Sarasota, FL writing this to the Gadsden Times today https://t.co/Ao8nDNJVWo