Morrissey is mad about how The Simpsons parodied him

Never saw that before, almost shot coffee out’a my nose, and thank you.

I only saw Morrissey live once, at a festival while I was waiting for another band to come on after him

He came on 10 minutes late, berated the crowd for not being appreciative enough, and flounced off 20 minutes early

Still like the Smiths even if Morrissey is a total knob. But I did like what Colbert did to him years ago. He’s (Morrissey, not Colbert) an ass the whole way through but the bit about Johnny Marr is great (start around 2:40). 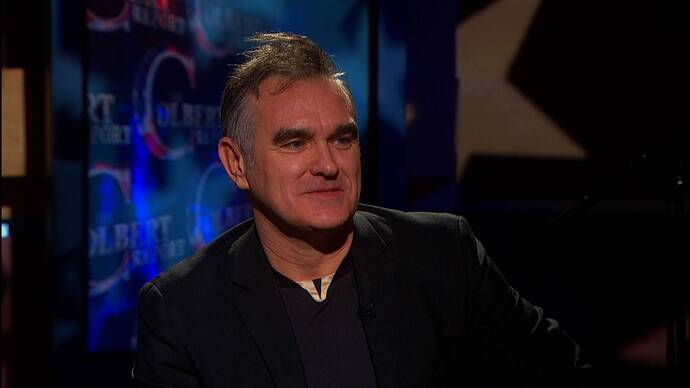 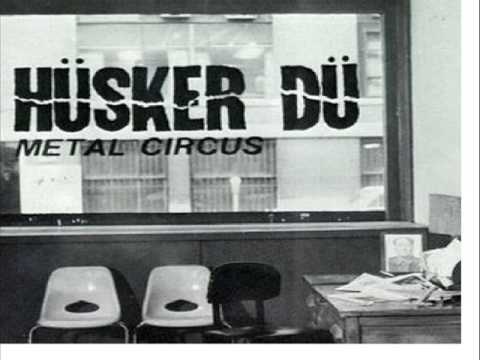 OK, I read all that and it confirms my view that Morrissey is an utter and irredeemable wanker. He says they accuse him or racism without citing any examples (when there is no shortage of these publicly available) and he does exactly that himself - accusing them of being racist with no example other than possibly a Morrissey-like character being portrayed with his belly out of his shirt. WTF? The article reads as if it were a Morrissey-like character, not actually named as him. Anyone see it -…

I also linked to this. 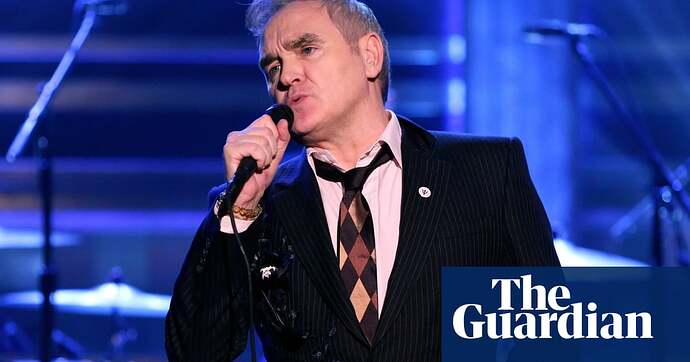 Is anyone else here immediately reminded of one reader’s response , after SPIN put Morrissey on the cover back in 1988?

Good heavens, it took me all day until you pointed it out to figure out that connection… Not sure if/how M. Groening is still involved with Simpsons but, wow, a 33-year-long owning…

Morrissey has been showing us who he is for several decades now. Believe him. 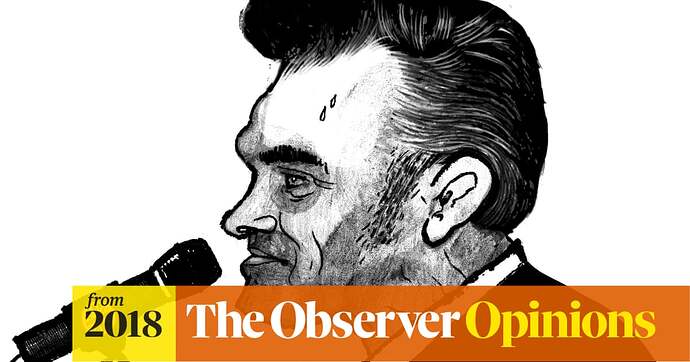 How to treat Morrissey? Stop listening to him | Stewart Lee

It’s hard when our idols disappoint us. But as it happened, my break from the former Smiths frontman came easily…

Today I actually appreciate Morrissey for showing me that 2016 - 2020 didn’t totally kill off irony. Tomorrow I’ll forget again that he even exists.

As it happened, the break came easily. The last few weeks I’ve been smashing the plastic cases of my CDs, and filing them in folders, to save my children a tedious purge of obsolete physical media when I die.

Oddly, when I got to S (I file Morrissey’s solo stuff alongside the Smiths) I found myself putting Morrissey’s entire works, without really giving it any thought, into the box I was taking to the charity shop. I kept the vinyl of the Smiths’ debut, and the Hatful of Hollow compilation, totemic physical objects that link me to a certain mindscape, but the rest just suddenly seemed irrelevant.

There was no great fanfare. I didn’t ceremonially smash Morrissey’s works or burn them in the street like entartete kunst . It all happened with a whimper, not with a bang, and with sadness for the sorry state of things, not erectile pride in my own virtuousness. Suddenly, I just didn’t want Morrissey in my home any more. And I couldn’t imagine any circumstances under which I would ever listen to him again.

It feels very fitting. Arseholes like Morrissey want us to get angry at them, it feeds their belief that they are speaking the truth and getting cancelled for it. Telling them “It’s OK uncle Morrissey, the nurses at the old racists home will look after you now” strips them of any power.

I have some old Smiths CDs somewhere, but the effort of finding them just isn’t worth it. It would be like digging though some boxes to find an old AOL disc from the mid 90s.

Well, his whiny arse did keep canceling gigs because he claimed he didn’t feel well. He was probably afraid people would throw tomahtoes.

I saw this back in the 90’s and never really understood this. It seemed like every other Hispanic girl had a Morissey poster on her wall. Yeah, there were lots of Caucasian and Asians into him as well, but it didn’t seem to be quite as big of a thing.

I read the Guardian UK every day for decades. Whenever the whingeing creep did something stupid, like canceling gigs because vapours, or spewing merkin von bankruptian anti-immigrant garbage, it was on their front page. He’s been at it a looooong time.

A GF was a big smiths fan, and she tried like hell, and failed like hell, to convert me. I hated going anywhere with her because she’d play the same smiths tape every time, tryinta wear down my resistance. It only made me loathe them, and him, even more. The more I learned about him, the more I disliked him.

The more I learned about him, the more I disliked him.

You and the world feel the same, I can’t see any redeemable qualities in a cranky old fart-bag like him.

There’s actually been a lot of study about this. The tl;dr are some shared cultural experiences around lack of acceptance as immigrants, and shared musical sensibilities. Morrissey has largely embraced this following despite doing so in pretty much the worst way possible once famously saying, “I really like Mexican people. I find them so terribly nice. And they have fantastic hair, and fantastic skin, and usually really good teeth.”

Christ is Morrissey ever an insufferable douchenozzle of a person, and I say this as someone that was absolutely obsessed with The Smiths growing up. 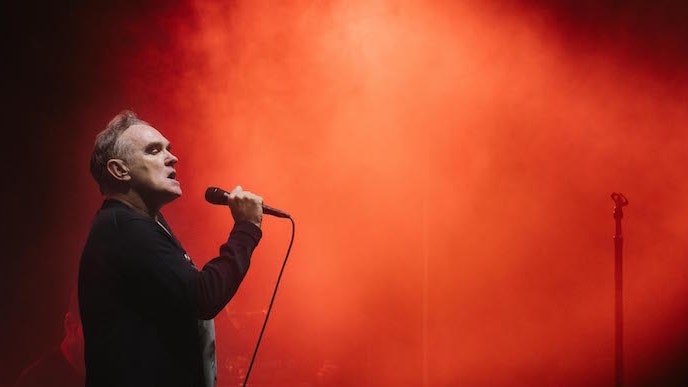 Does the Mexican-American Community Still Love Morrissey, Despite Everything?

Surveying the Latinx masses at Tropicália Festival in Southern California, where Morrissey performed over the weekend

I saw this back in the 90’s and never really understood this. It seemed like every other Hispanic girl had a Morissey poster on her wall. Yeah, there were lots of Caucasian and Asians into him as well, but it didn’t seem to be quite as big of a thing.

Three things. First, he’s a good musician. You don’t have to love his stuff (solo or with the Smiths), but if you know nothing else than what’s coming out of the speakers and you’re not scrutinizing every lyric for an encoded political message, it’s probably going to sound at least pretty good, and maybe you’ll love it.

Second, when “outsider” stars get entrenched with certain demographics like that, they REALLY get their roots in. The 14-year-old Latina girls listening to him today (or whoever) got him as a hand-me-down from their mothers’ generation. You see this sort of oddball cross-whatever appeal a lot, not just with Morrissey. Sometimes it’s just a random seed that took root in just the right way, or sometimes there are hidden connections you’d have to be in the specific group to appreciate.

Third, his UKIP-style racism and nationalism aren’t, at face value, going to read as anywhere near as offensive to (for example) Mexican-Americans as they would to South Asian Brits. Yeah, it’s all the same root cause when you’re picking it apart in a grad seminar, but even if his average Chicano fans heard a clip of him talking about preserving English identity yadda yadda yadda, it’s not going to come across as a slap against them because the context is so different.

He didn’t write the post. His FB admin (his manager?) did. I’m sure Morrissey probably agrees with it, but it’s clear a lot of journalists and ahem bloggers haven’t actually read the post to the end. 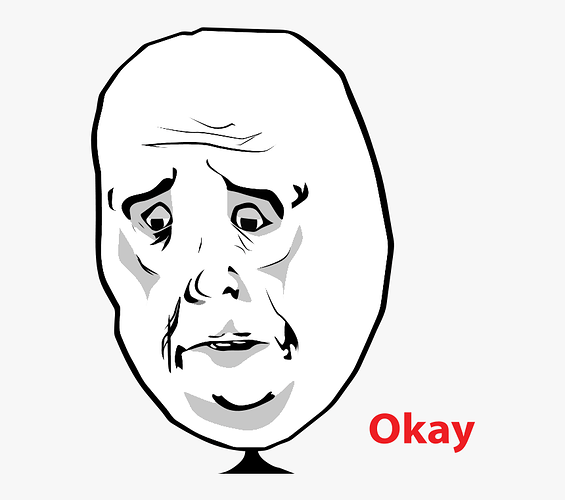